3 of the Largest PR Mistakes in the Past 10 Years

Seasoned public relations professionals understand that effective crisis management is essential for keeping companies, projects and campaigns on track. The advent of social media and a 24/7 news cycle means that bad publicity can snowball rapidly online – sometimes, in a matter of minutes. All it takes is a poorly worded tweet or a CEO’s statement taken out of context to lead to a storm of internet backlash and boycotts.

From wardrobe malfunctions to the Volkswagen diesel scandal, there is no shortage of PR failures to choose from in the last decade. While some corporations handle PR nightmare situations successfully, others, do not. When companies make mistakes, the public demands more than a quick apology or press release. Though there is no one-size-fits-all way to approach specific crisis management situations, PR professionals can learn what not to do from certain PR mistakes.

Here are three of the largest PR disasters of the last ten years:

JetBlue is one of these dynamic airlines, offering more legroom in coach than any other U.S. airline and satellite television on every plane. The airline was founded in 1999 and has grown exponentially since this time, with annual customer surveys citing them as their favorite choice to fly with. However, some of this positive public perception took a dramatic turn for the worse on Valentine’s Day 2007.

Now referred to as “the worst operational week in JetBlue’s seven-year history,” scholars from Harvard Business School and Virginia Fuller examined the expanse of issues leading up to the disaster in their case study “JetBlue Airways: Valentine’s Day 2007” taught in the MBA Operations Strategy course. The scenario unfolded after a winter ice storm forecast changed to rain Feb. 14, 2007, leading the JetBlue staff at New York City’s John F. Kennedy airport to continue to load flights and taxi to the runway.

Once the weather conditions didn’t clear up as predicted, many JetBlue passengers waited up to six hours on planes before returning to the gate. Passengers stuck on these planes described conditions as “horrific” and “unacceptable” as snack foods ran low, cabin temperatures fluctuated and the bathroom situation grew unwelcome. Out of the 156 scheduled departures from JFK that day, only 17 left, which led to a detrimental domino effect throughout airports around the country.

JetBlue’s heavy reliance on its reservations operating system Web meant that it could not handle the pressure of thousands of passengers needing to rebook at once. In the days following Feb. 14, more flights were canceled up until normal operations resumed on Feb. 20. Thousands of angry passengers spoke out about their treatment and lack of immediate help from JetBlue management in rectifying the situation.

“When Gary and I teach this case we have several pedagogical objectives,” HBS associate professor Robert Huckman, referring to fellow professor Gary Pisano. “The first is to ask students to evaluate JetBlue’s operating system as of Feb. 13, independent of this event. Do they think the elements of the structure and systems within the JetBlue operation are internally consistent with one another and externally consistent with the organization’s overall business strategy?”

To address the situation, CEO David Neeleman wrote a public letter of apology, presented a detailed list of what JetBlue would do for its affected customers and introduced a customer’s bill of rights. While Neeleman calmed the situation by going on talk shows and speaking to the media, JetBlue took a serious hit during this fiasco. Much of this damage occurred due to the company’s inability to fix or effectively address the problem immediately. 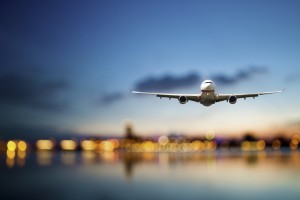 Wrongful death or injury lawsuits are extremely detrimental for any organization, such as in the deadly 2010 Toyota recall. In 2010, the National Highway Traffic Safety Administration released statistics from 2000 until that year, showing it received more than 6,200 complaints regarding the sudden acceleration of Toyota automobiles. Of these complaints, 89 instances resulted in death and 57 in injury.

Due to this acceleration problem, among other product quality and safety defect issues, Toyota recalled more than 8.8 million vehicles. In the immediate aftermath of these deaths, Toyota’s upper management remained relatively silent. Toyota CEO Akio Toyoda largely disappeared from the public eye and then dramatically understated the extent of the safety risks and product problems. These disingenuous apologies and unorganized plans of action caused this scenario to be one of the worst examples of proper PR crisis response in recent history.

With this slow PR response, the initial backlash was devastating for the automobile manufacture. Dealing with shattered public trust and respect, Toyota sent in mid-level managers, a storm of PR professionals and advertising officials to begin reminding the world of the company’s commitment to product safety.

Though it took months, the company began offering extended warranties, reassuring their customers about their product quality, leaning hard on its long-term safety record and funneled lots of funds into its advertising and marketing efforts. Over the next few years, the company also settled for millions of dollars in various wrongful death lawsuits. This long recovery process could have been avoided if upper management responded to this crisis immediately and transparently, rather than brushing it off or ignoring it. 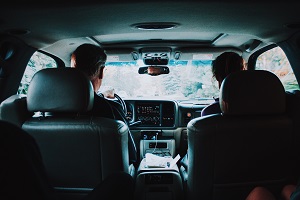 One of the most recent, large-scale examples of a PR mistake is the 2015 Bud Light “Up for Whatever” campaign scandal. In a poor advertising and marketing move, certain bottles of the Anheuser-Busch beer were released with the line “The perfect beer for removing ‘No’ from your vocabulary for the night,” on their label. The brewer stated that the “Up for Whatever” campaign was designed to encourage drinkers to say yes to trying new things.

Despite the company’s intent, people online grew outraged, finding that the message on the bottle and basis of the campaign promoted rape culture and the role alcohol plays in certain rape cases. Though the brewer stated that the 47 different messages featured on the Bud Light bottles were “intended to inspire spontaneous fun,” the company experienced immediate and significant backlash from the media, celebrities and the general public.

Following the incident, a company statement from Alexander Lambrecht, the Vice President of Bud Light and Anheuser-Busch, read, “The Bud Light Up For Whatever campaign, now in its second year, has inspired millions of consumers to engage with our brand in a positive and light-hearted way. In this spirit, we created more than 140 different scroll messages intended to encourage brand engagement. It’s clear that this particular message missed the mark, and we apologize. We would never condone disrespectful or irresponsible behavior. No means no. As a result, we have immediately ceased production of this message on all bottles.”

In an age where high-profile campus rape cases dominate the news cycle, many marketing and advertising experts have attributed this campaign as being one of the most poorly thought out ideas, especially for a beer manufacturer who is accustomed to dealing with sensitive issues. After all, the the National Institute on Alcohol Abuse and Alcoholism found that out of the 25 percent of American women who experienced sexual assault, an estimated one-half of those cases were due to alcohol consumption by the victim, perpetrator or both.

For a PR professional in this situation, immediate crisis management is essential to avoid further loss of company reputation. Lisa Weser, Senior Director of U.S. Marketing Communications for Anheuser-Busch responded soon after the story surfaced, stating that the phrasing on the bottles was “regrettable” and that the company would never condone unlawful or questionable behavior. This quick response was necessary, yet the poor marketing decision had already caused a hit to the company’s image. In the future, PR teams may choose to work closely with marketing departments to avoid encountering similar situations.

It’s important to learn from past PR mistakes, especially anyone looking to enter into the field or climb the corporate ladder. For those who wish to gain experience and knowledge in the field of public relations, a degree from the George Washington University may be what they are searching for. Check out our website today to learn more about this exciting and promising field.

Sources:
JetBlue’s Valentine’s Day Crisis
What Really Happened At JetBlue
A Curtain Call, Please, In the Skies
9 PR Fiascos That Were Handled Brilliantly By Management
The 15 Biggest PR Disasters Of The Decade
Updated: Statement on Bud Light Bottle
Bud Light Says It ‘Missed the Mark’ With Line About ‘Removing No From Your Vocabulary’
Bud Light apologizes for ‘removing no’ label
Tragedy at Toyota: How Not to Lead in Crisis
Bud Light Pulls Label With Message That Sparked Backlash