A grassroots movement is a political campaign where people organically organize as the basis for supporting an issue or candidate. Grassroots movements rely on collective action and utilize an array of strategies. Such movements share a focus on increasing popular participation in political issues.

Here are three prominent examples of grassroots movements that have had a significant impact on the nation’s political culture, some of which have become sustainable platforms for the issues they promote.

Abahlali baseMjondolo, also known as the Red Shirts or the AbM, was a shack-dwellers’ movement formed in South Africa well known for campaigning against unjust evictions and the forced relocation of shack-dwellers to public housing. The AbM developed organically out of the blockade of a major road organized from a settlement known as Kennedy Road Shack Community outside of the city of Durban in 2005. The movement now operates primarily within Durban, Pinetown, Pietermaritzburg, the Western Cape and other like areas. AbM is a well-known shack dweller’s organization in South Africa, and the most influential. It is an organizational hub for other campaigns intended to improve living conditions for the poor with a focus on democratizing society from below.

2. The Axis of Justice

The AoJ is a not-for-profit group co-founded by Tom Morello and Serj Tankian. It is intended to connect musicians, music fans, and progressive grassroots ideals to promote social justice.
AoJ tents have appeared at music festivals where either System of a Down or Audioslave were performing. Most famously, the group appeared at Lollapalooza in 2003. The Axis of Justice also produces a monthly radio program that can be heard on XM Satellite Radio and KPFK (90.7 FM), a Pacifica Radio station in Los Angeles, California. The AoJ radio broadcasts are archived as MP3s on the AoJ website, and are available to download for free.

The presidential campaign of Bernie Sanders, a United States Senator and one time Representative from Vermont, began his bid for the White House with a formal announcement from Burlington, Vermont. This followed an informal April 30th, 2015 announcement. While Sanders began his campaign as an Independent, he regularly caucused with Democrats in the Senate because many of his political views align with theirs, and he subsequently chose to remain in the Democratic Party.

The Sanders campaign was able to mobilize what The Atlantic calls a “grassroots army of volunteers and small-dollar donors” to get momentum in the Democratic primary. Although the campaign has ended, there is a great deal of energy built up that many hope will lead to a real political movement that will make a difference no matter who wins the election. It could push Donald Trump to make some progressive decisions, or encourage Hillary Clinton to make some moves that are further to the left than her base. The same Atlantic article notes, “No matter what happens, an engaged grassroots could help elect like-minded candidates in state and local races.” 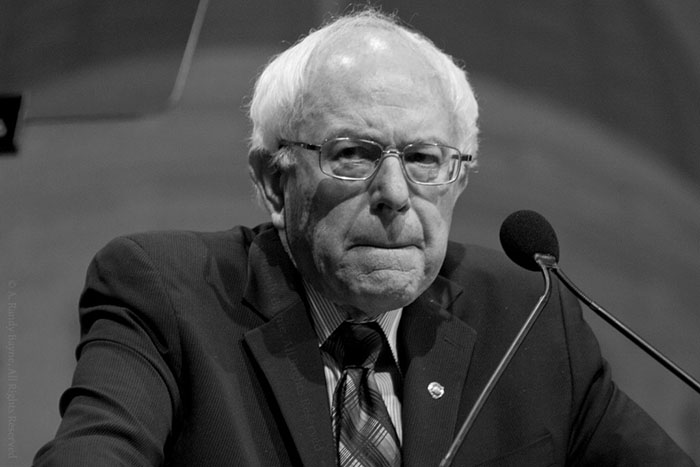 In the July 2016 DNC roll call vote, Sanders took 39% of the vote, consisting of 1,848 committed delegates won in the primary, as well as in caucus contests, with 46% of the total and 4% of the super-delegates. After roll call, Sanders forwarded a motion to nominate Clinton, which was passed.

Ultimately, the campaign had impressive results and reflected a unique ability to mobilize and engage many citizens in a political effort. The campaign was able to raise a large volume of money from many small donations, and was able to develop large, energetic rallies (with or without Bernie Sanders in attendance) that promoted a progressive, “Feel the Bern” cause among people who had mostly never participated in any campaign before (according to Bloomberg). The campaign’s reliance on volunteers rather than large contingents of professional staffers contributed to the group effort and “outsider” sense that pervaded this campaign.

What all these movements have in common is the organic popular support of large groups of people. They motivate their bases by an appeal to their better natures and desire to improve the world we live in.

To learn more about grassroots campaigns and how you can affect change with a political management degree, visit The George Washington University online.