5 Mistakes to Avoid When Running a Political Campaign

Running a political campaign is a highly stressful and challenging undertaking for even the most experienced campaign managers. It doesn’t matter if a candidate is running to be a small town’s mayor or for the presidential office, there are similar difficulties all political candidates face during an election cycle. No matter how much funding or volunteers a campaign has at its disposal, Election Day will come and you could lose if you failed to connect with a large voter base. 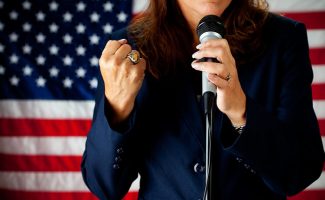 While being a candidate is hard, running a candidate’s campaign can be utterly exhausting and difficult. Not only will you be putting in lots of overtime and effort into a campaign, but you risk your candidate losing should you make a wrong choice or course of action during the election process. On the other hand, if you develop the perfect strategy and make the right decisions, you may lead your candidate to victory. To increase your chances of winning and not following in the unfortunate footsteps of past political candidates who have made poor campaign decisions, here are five mistakes you must avoid making as a campaign manager or advisor:

1. Being cavalier about fundraising

Out of the total money raised, 16 percent of Clinton’s donations were $200 or less, while 26 percent of Trump’s funds raised were from small donations. Senator Bernie Sanders spoke at length about how his campaign was largely supported by small contributions like these, as do many other politicians. Most politicians love to congratulate their supporters for their small gifts, yet it is rarely this money that wins elections. At least, on a large scale.

Whether your candidate is running for office at a local or national level, the campaign cannot do anything without money. From television ads to sponsored social media posts, as a campaign manager, you cannot afford to be cavalier about fundraising efforts. You must start early and strong if you hope to raise enough to cover all your expenses. Raising money for a campaign is difficult and takes time.

Your candidate might think fundraising is just a simple matter of approaching friends, colleagues and their community and instantly winning over their financial support. Even worse, they may believe that they can supplement their fundraising efforts with their own income. If your team has started late or isn’t dedicating enough resources toward seriously raising money for the campaign, you will encounter significant difficulties down the road.

Weak fundraising efforts mean that you likely won’t have enough money to support all of your desired campaign goals. Campaign records are not a secret, so it also means that your opponents and other parties will be able to see how little money you are raising. Should reporters get a hold of this information, it could be disastrous. The general public may see this slow flow of funds into your campaign as a sign of larger problems or even lack of support on the whole. Don’t let a lack of funds be the downfall of your campaign.

2. Spending too much money

Too many campaigns have failed because decision makers invested money in the wrong places or spent far too much of their funds in general. Don’t make this mistake as your candidate’s political advisor or manager. While printing thousands of t-shirts and other merchandise with your candidate’s slogan on it might seem smart, remember that every dollar spent on excessive expenditures is one less you can invest on advertising or travel you may need to win the campaign.

From the very beginning of the campaign, you need to create a set budget and stick to it throughout the process. You might need to adjust it slightly throughout the campaign to account for unexpected costs or an influx of donations, but don’t let these moments lead you away from your original budgetary goals. The vast majority of candidates seriously underestimate how much they will spend on their campaign, which can lead to difficult situations in the last crucial weeks of a race, when the seemingly endless funds have dried up.

Never underestimate the candidate or candidates you are running against. This is especially true if you are competing with someone who is already in office. After all, the incumbent may already have more name recognition than your candidate, which makes the campaigning process significantly more challenging for your team. Many voters might do research on candidates running at a more local level, meaning that if they recognize a name on the ballot, they may be more inclined to vote for someone they know, rather than risk their vote on someone they don’t.

Even if you believe your candidate has a good chance at beating his or her opponent, you should never underestimate your competition. As with the surprising results of the recent 2016 presidential election, there are no guarantees when running a political campaign. Sometimes, even the most experienced, well-funded and dynamic candidates fail to win due to unforeseen problems or scandals unfolding during the campaign cycle.

This is why it is imperative for campaign managers to never back down or get comfortable until after the votes are tallied. Launching a last-minute television ad campaign or making unexpected appearances just might be the boost your candidate needs to come out on top. Remember to never be too confident and always keep striving toward improvement.

The widespread presence of fake news on social media during the 2016 presidential election might have tipped the ultimate election results in Trump’s favor. With this in mind, campaign managers must be aware of the power of technology, specifically social media, for the average American voter. A large portion of the population reads their news over Twitter or Facebook, making it imperative for political candidates to get active on social media.

In addition to social media, every successful political campaign is built with the right technology. If you want to triumph over a difficult opponent, your campaign needs to invest in a high-quality fundraising software, revamp your candidate’s website and make donating as easy as possible, whether on mobile or online. Additionally, if your candidate doesn’t have a lot of name recognition, you should consider various viral marketing tactics to get voters talking about, laughing or discussing your candidate. Today’s society is highly visual and technology-driven, so don’t forget to include these elements into your campaign strategy.

5. Keeping your candidate on message

If you were smart and started campaigning early on, your candidate is likely tired of his or her original message. Your team probably spent countless hours crafting a unique and compelling message for your candidate to deliver, but after months of repeating the same phrases or discussing the same issues, your candidate may become bored or frustrated with their own message.

Though it may be tempting to re-energize the campaign by switching up the message, this is one of the biggest mistakes you could make. This is because the vast majority of eligible voters don’t really tune into candidates’ messages until the final few weeks of the election cycle. Though they may already possess preconceived notions about certain candidates, they might not be actively watching speeches or reading articles about what each candidate stands for until right before they head out to vote.

For example, imagine that your candidate’s primary draw is that he is tough on crime in a particularly crime-ridden city. If he switches up his message to focus on revamping the educational system in the last few weeks, your campaign may have missed the opportunity to win over a certain group of affected voters. Most political experts agree that once you create your candidate’s message, your team must repeat this message again and again until you feel like you cannot any more – and then do it all again. Repetition and consistency are key factors in winning a political campaign. 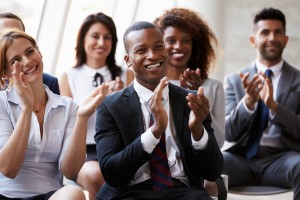 Consider pursuing a Master’s Degree in Political Management that can equip you with the skills and strategies you need to be ready to manage a successful political campaign and avoid making these common mistakes. For more details about how an online program can support you while you are already working in the political sector, visit the George Washington University online.