5 Tips for the Political Leader 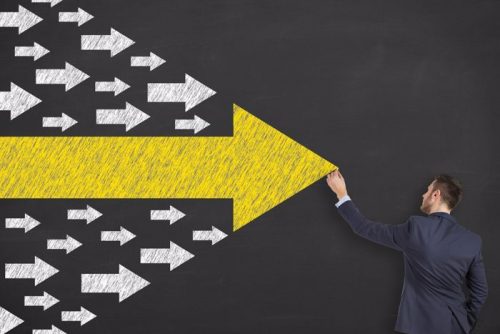 In a democratic republic composed of government branches at multiple levels, led by elected officials with various political party affiliations, political leadership is indispensable. Whether it’s the U.S. president, Speaker of the House, or the majority leader of the U.S. Senate, constituencies on all sides of the ideological spectrum turn their attention to the nation’s capital and its most powerful figures for understanding, guidance, and direction on issues that affect their everyday lives.

These are some of the themes discussed in the online master’s in political management program at the Graduate School of Political Management (GSPM) through George Washington University. From core courses like Principled Political Leadership to Campaign Strategy in the Electoral Politics Cluster, students discover how leadership is leveraged and put to use to win elections, build coalitions, and achieve consensus on contentious issues.

In the meantime, here are a few qualities that most business leaders and influential individuals say makes for a great leader.

If there is one thing that just about everyone believes is among the most important leadership qualities of a politician, it’s honesty. It’s said that a person is only as good as their word, so when leaders honor their commitments, constituents often respond in kind at the voting booth.

For the general public, politicians don’t always embody honesty. In an annual survey conducted by Gallup, just 12% of respondents said they believed members of Congress had high ethical standards, second from the bottom of the list (car salespeople were in last place).

Given the low bar that previous politicians have established, good political leaders can set themselves apart by being more forthcoming and transparent about their viewpoints and avoiding making promises they can’t keep. In doing so, they’ll inspire a greater sense of trust from the people they represent, regardless of political party.

Generally speaking, self-awareness isn’t an acquired trait. Becoming more cognizant of how you’re coming across to other people has to be developed and worked on over time. Political leaders who practice self-awareness on an ongoing basis can be effective leaders by leveraging their talents and getting staffers’ feedback on whether their comportment, statements or interactions are resonating with the public or their peers. Self-awareness is one of the concepts that may be elaborated on in the three-credit course Applied Political Communications in the online master’s program. This class explores how to craft the right messaging through communication methods, like blog posts, public addresses, and social media.

Putting others first is a great character trait for anyone to embody; it shows that individuals truly care about the value of service over self. It’s easily one of the best leadership qualities of a politician, given how they got to their position in the first place. In other words, they were elected to their office by voters. It’s therefore important to make decisions in Congress, in meetings and in communications that are reflective of what their constituents want.  When people feel like their values and desires are being reflected by their legislators, they’re often more likely to re-elect them when November rolls around.

In a similar vein, a great leader is someone who actively listens. Whether it’s passing certain legislation, interacting with supporters on social media, responding to emails and phone calls or taking the time to reach out to those in need, good political leaders must be constantly attuned to the people they represent. Legislators may not be able to listen to everyone at once — or please everyone, for that matter — but putting in the effort is key. Actively listening also entails acknowledging when their preconceived notions may be wrong, which may be discovered by a willingness to learn.

Whether they write their own speeches or have a speechwriter on staff, many politicians are known for their eloquence and rhetorical flourish. Franklin Delano Roosevelt’s “The only thing we have to fear is fear itself” is one of many iconic statements from presidents that have inspired Americans during times of adversity. But great leaders must also let their actions do the talking for them. If they don’t practice what they preach, voters will take notice and decide they can no longer support them. Leading by example is a quality that goes in tandem with honesty. If politicians say that they’re going to do something, they must follow through. If they can’t, good leaders should explain why and take actions that may help to mitigate the consequences.

There are over 200 different definitions of leadership. While it’s physically impossible to embody them all, these are a few of the core qualities that can help you be effective in Washington, at work, or in life as a rule. The online master’s program at GSPM will give you the tools you need to lead and succeed in your chosen profession. Develop your soft skills and apply today.

What Is Political Management?
What’s It Like to be a Local Politician?