The political arena may be full of career opportunities for people willing to put in the hard work in pursuit of their professional goals. With a Master’s degree in Political Management, graduates can pursue careers in any political sector, ranging from media relations to lobbying to running for office.

Not to be confused with political science, these programs prepare students with the strategic tools and techniques they need run a successful political campaign or engage in local or federal advocacy work. Students take courses on political fundraising, campaign planning, legality concerns, ethical issues and much more.

While political workers are known to put in long hours, especially during a campaign, most enter into the field because they have a passion for politics and making a difference — big or small — in their community. The work is frequently exciting, interesting and rewarding, making it the right choice for anyone who wants to impact the political process. Here are six careers that a Master’s degree is Political Management can help prepare you for. The salaries for all careers listed are dependent on the industry, level of experience, size and location of campaigns. 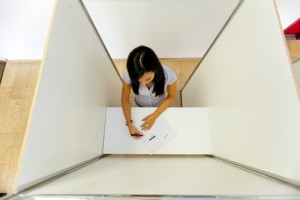 This position is the pinnacle of any behind-the-scenes political career. These individuals are responsible for the logistics of a political campaign, with the goal of increasing their candidate’s chances of winning the race. They handle everything from day-to-day operations to staff recruitment to long-term strategic planning. Depending on the scope and size of the campaign, they may manage a large staff or fulfill many roles.

On any given day, they may play the role of event planner, media relation specialist or youth outreach coordinator. Most importantly, however, these managers are the ones positioning their candidates for political success. Payscale estimates campaign managers earn around $74,900 a year, though this number varies greatly based on the size of the campaign, whether it is local or federal and the area of the country.

Most people in the political field must possess a high-level understanding of communication best practices. Communication is essential, from speech writers knowing what jargon will appeal to the average voter to campaign managers understanding how to make their candidate more likable. This is why the communications director role is so crucial for any political campaign or advocacy group.

They manage the public image of a particular organization or political candidate through fundraising events, media outreach, promotional materials and advertising. Depending on the level of experience in the field, most of these professionals oversee a team of communication or public relation specialists who handle all the day-to-day communication work. In the corporate sector, this job requires a lot of travel and speaking engagements, which is especially true for larger, international organizations.

Political communications directors serve as public relations experts and are responsible for crafting an ideal public image for their candidates. Like with many other positions, the salary varies greatly depending on the industry and level of experience. Most communications directors earn more in the private sector, rather than working with smaller-scale political campaigns. According to Glassdoor, the national average is $120,000, though the Bureau of Labor Statistics (BLS) suggests the figure is closer to $104,140.

These political professionals can represent a wide range of interests in the legislative process at a local or national level. From working on behalf of specific individuals to entire organizations or causes, lobbyists are the individuals who are on the front lines promoting certain political agendas or policy preferences in order to influence legislators’ votes. They must explain to their clients exactly what will be the effects of a certain bill or law.

As such, these lobbyists must be well versed in the political process and be comfortable researching and communicating certain political issues. They must be incredibly persuasive in order to be successful on behalf of the group, cause or person they represent. Lobbyists present arguments just like any concerned citizen would to their local or national legislator, only they carry a high degree of reliability based on the company or organization they are advocating for.

Payscale reports the median annual salary is around $89,700, though the BLS finds that some lobbyists with an extensive work history and wide range of political contacts earn over six figures every year.

Pollsters, also referred to as survey researchers, are the individuals testing the political waters, to figure out what the general public thinks about a certain candidate. They conduct public opinion surveys or hire a team of volunteers to go out and interact with voters. After gathering their information, pollsters analyze the data and leverage the results to allow campaigns to tailor their political strategy and increase the candidate’s appeal.

They may work on behalf of specific campaigns, but more than likely they are employed by polling organizations, research firms, nonprofits, government agencies, corporations or higher education. In addition to conducting polls and analyzing the results, pollsters test surveys to ensure they are gaining accurate data, summarize their findings using various software tools and account for problems caused by sampling issues.

They generally work long hours and are continually looking for ways to improve the quality of their data. The Bureau of Labor Statistics reports these individuals earn around $54,470 a year, though this figure varies depending on the employer, level of expertise and region of the country. By certain estimates, salaries for highly sought after pollsters can exceed $100,000.

The press secretaries are the voice and face to any major political campaign. Like Sarah Huckabee Sanders in the White House Press Briefings, they set the tone for the entire administration or campaign. These professionals are responsible for all interactions with the media, such as press briefings or speaking with the press after a rally or debate. In today’s internet-focused environment, however, they also may be responsible for connecting with voters online.

While larger-scale political campaigns will have social media strategists and managers to handle day-to-day interactions, modern press secretaries may choose to connect with their candidate’s constituents and the media in a unique way online. They may leverage Facebook or Instagram Live features to break down the traditional press briefing barriers to make their candidates seem more personal or relatable.

Despite the modernization of the role, the majority of press secretaries create campaign literature, draft speeches and shape public opinion about their candidate. The salary range for this position varies greatly, though Glassdoor indicates the average is $55,880 a year. This figure increases significantly for federal campaigns and in the corporate sector.

People who are passionate about their local, state or federal government, and have the drive to see a campaign through to the end, tend to use their political management experience and knowledge in their own campaign. Elected officials may choose to first enter into the local political arena, such as city council or mayoral positions. Then, they may graduate to state-level offices, such as state senators or representatives. Others may choose to run for governor or even push for congressional roles.

Before running for political office, all candidates must first ask themselves why they have decided to choose this path and what they can offer voters. Many people who are passionate about politics want to run for office because they believe they can make a difference in their community, state or country. Despite this drive to succeed, being an elected official can be an immensely challenging profession.

Unlike the behind-the-scenes political roles, politicians are public officials who may have every private detail or opinion exposed to the American people. If their political campaign goes awry, they are the ones who people will remember for years to come. They also must have plenty of connections in the political arena to run an effective campaign. After all, name recognition is everything for elected officials, especially on a local level.

Those who succeed in a career as an elected official know that not only should they have a strong political platform, but they must hire a strong team of like-minded political managers to support them. Running for political office is about successfully appealing to the sensibilities of the average American voter. 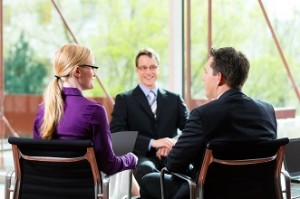 Sources:
Campaign Manager Salary
$70k behind-the-scenes political jobs
Careers With a Master’s Degree in Political Management
What can I do with a Masters Degree
Occupational Employment Statistics
Working in Politics
BLS: Survey Researchers