How to Become a Campaign Manager

On the ladder of political campaign-related positions, the role of campaign manager might be the top rung. Charged with a variety of important responsibilities — including developing campaign strategies, serving as political consultants, organizing rallies and drafting speeches, just to name a few — political campaign managers must be willing to adapt to serve their candidates’ needs, and do it all at a moment’s notice. 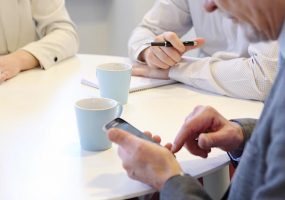 Yet to reach this all-important position, you have to be willing to make the climb. The Graduate School of Political Management at the George Washington University can offer a boost along the journey. Many of those who have participated in the GSPM curriculum have gone on to roles specific to campaign management, which supplied them with the experience they’ve used to enter other lines of work. There, they gained the kind of hands-on experience that virtually all employers prefer.

The question remains: how does one become a campaign manager?

What exactly do campaign managers do?

Political campaign managers above all are multitaskers — handling several responsibilities all at one time. These may include:

In short, a better question may be what campaign managers don’t do? Their role is indispensable, and frequently, even after a run for office is completed, political campaign managers may continue to work in this capacity with a slightly modified title, such as chief of staff or public relations specialist. 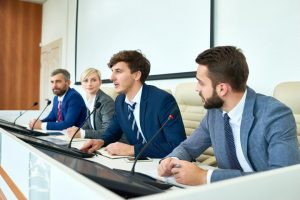 Because political campaign managers’ job functions are so all-encompassing, they’re equipped with the skills needed to adapt to other positions involving a high degree of communication, coordination and organization. There are several classes within the GSPM that help students develop these important qualities, such as Fundamentals of Political Management, Applied Political Communications, Campaign Strategy as well as State and Local Campaigns.

Because of the highly public nature of running for the presidency of the United States, political campaign managers are often misconstrued as those who only work in primary or national elections. In reality, they’re needed throughout the campaign continuum, in local and national elections.

What does it take to become a campaign manager?

Many of those who become campaign managers typically have a bachelor’s or master’s degree in political science, though it’s not required. Other common degree programs for this role include history, English, business administration and a master’s in political management.

Above all else, campaign managers are best served through experience. Although it does happen, it’s highly unusual to become a political campaign manager as an entry-level job. These professionals often begin as staffers or even volunteers. Over time, as their skills and proficiencies improve, they can ascend the responsibility ladder in the highly competitive world of electoral politics. Some of these proficiencies are hard skills, while others are soft, such as critical thinking, problem solving, teamwork and time management.

What is the average salary for a campaign manager?

Just as their roles tend to vary, so too do political campaign managers’ typical earnings. Pay is often dependent on a campaign’s overall budget, and according to the Center for Responsive Politics, annual earnings can be in the low- to mid-five figures to well over $100,000. The funds from which campaign managers’ salary derive must conform with election laws, a subject matter that’s discussed at length in the Rules, Laws and Strategy GSPM course.

If you have a passion for politics and a love of leadership, you may enjoy the process of becoming a campaign manager. Discover your potential by pursuing a master’s in political management. With an online degree in hand, you can make your aspirations a reality. Apply today and see what’s possible.