One of the most successful corporate public relations strategies of the past few decades is corporate social responsibility (CSR). This PR strategy entails characterizing “responsible” organizations as much more than seekers of profits and other business efficiencies.

For example, a firm that is committed to CSR might highlight how it invests in its local community, supports certain social movements or campaigns, or ensures its operations are as environmentally sustainable as possible. There is no codified standard for CSR, but it is nevertheless widely pursued as something akin to a self-regulation strategy, toward the purposes of presenting a better image to the world and realizing financial and operational benefits as well. 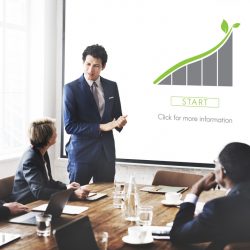 Conscious capitalism is a similar approach to improving the image of corporations in the public eye. It aims to go beyond the structures of free market capitalism, which has been the dominant ideology of business since at least the late 20th century. In this article, we’ll compare CSR and conscious capitalism to see the advantages and limitations of these approaches.

Corporate social responsibility: What it is and why companies pursue it

CSR is one way for organizations to make themselves more accountable to the public and their shareholders. It is essentially a mix of self-regulation and PR designed to voluntarily put the firm’s effects on the economy, society and the environment in the spotlight and demonstrate how the organization uses its resources in broadly beneficial and ethical ways. Examples of CSR-influenced initiatives include:

As these examples might suggest, CSR is typically the purview of larger organizations. Compared with smaller companies, these enterprises have many more resources to give back to their communities and to deploy in the pursuit of more ethical and environmentally friendly operations. CSR initiatives can result in large companies further separating themselves from the competition, in part because a lot of consumers are highly attuned to the business practices of the organizations they patronize.

According to Mintel, more than half of U.S. consumers will stop buying from companies they perceive to be behaving unethically. They will often discontinue their purchases even if they feel the competition offers lower-quality products or if there is no comparable replacement for the products or services in question. Crafting a public image of responsibility, as much as actually following the types of examples outlined above, is a pillar of CSR and proof of how extensively a PR strategy can affect a company’s operations.

Conscious capitalism: How it differs from CSR and boosts the bottom line

Capitalism is a nebulous concept. However, it is usually defined as an economic and social system built around the accumulation of capital via private property and the private control of the means of production. Profit is one of the overarching goals of capitalism.

Perceptions of capitalism have evolved over time. A landmark Harvard University study found that a majority of millennials (people born between 1981 and 1995, approximately) had unfavorable notions of the concept. In response, many organizations have pursued conscious capitalism, a concept closely associated with the book Conscious Capitalism: Liberating the Heroic Spirit of Business, which was co-authored by one of the founders of grocery chain Whole Foods.

Conscious capitalism tries, more than anything, to answer the question of whether socially responsible and conscious organizations can perform better than their peers. Profit does not take a back seat to other purposes as in the case of CSR, but instead remains as the central motive. What changes is the scope of the company’s stakeholders.

Instead of serving a relatively narrow set of traditional interests like shareholders and customers, organizations pursuing conscious capitalism broaden their reach to better serve the environment, the community and even their own employees. Examples of conscious capitalist initiatives include paying workers more to improve morale and retention and making a donation for every product sold.

Evaluations of conscious capitalism often focus on how it benefits the bottom line. For example, paying a higher wage to retail employees can greatly reduce turnover, which might save more money than if the company had tried to cut corners on labor expenses and faced the prospect of high, costly attrition. 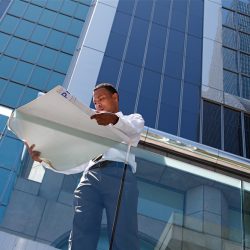 PR: The common thread between CSR and conscious capitalism

Despite their important differences, both CSR and conscious capitalism are fundamentally movements to influence how the public sees a company. Since individuals and communities now place a high value on ethical practices among organizations, it can literally pay for corporations to invest in environmentally friendly practices, better employee benefits and similar initiatives.

The Master’s in Strategic Public Relations (SPR) from the George Washington University can help you develop the skills and knowledge to succeed in orchestrating modern PR campaigns, including ones focused on CSR and conscious capitalism. To learn more, visit the main SPR program page, where you can answer a few questions to receive a free copy of our program brochure.