The mainstream acceptance of social media was a watershed moment in the history of public relations. Starting with the launch of Facebook in February 2004, social network usage grew rapidly and eventually became as prevalent as internet usage itself, making it a natural channel for almost any PR initiative today:

At the same time, it is important to consider if social media as a general practice – or just the major players, as they are currently situated – is the magic ingredient in modern PR. For example, numerous microblogging services have come and gone since the early 2000s; even widely used and/or amply funded options such as App.net and Heello are now offline, while feature-rich open source sites such as Mastodon.social have so far gained little traction. But Twitter has persisted, thanks to its heavy utilization by a narrow audience, namely celebrities, journalists, and PR professionals. The high concentration of these groups has made Twitter indispensable to PR even though it has fewer users than many other social networks. 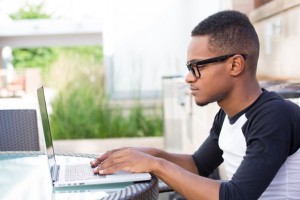 Twitter is a mainstay of PR not so much because of its specific technical features, but on account of the audience and cachet it has built since 2006, when it launched with virtually no competition (Facebook was not available to the general public at the time). A PR strategist on Twitter can be confident that any updates posted there will be seen by at least a few individuals – and in a lot of cases, many – who might in turn amplify the content, either by retweeting it to their followers or incorporating it into future articles they produce. Highly engaged, news-seeking, and relatively young social media users are also especially likely to discover such content. For these reasons, several major PR practices have been shaped by the particularities of Twitter (and subsequently extended to non-Twitter PR platforms), and might diminish somewhat in importance if the Twitter platform were to radically change or go dark; both are possibilities in light of the investor pressure on Twitter for faster growth. Here are a few such practices to keep in mind as social media platforms continue to evolve

The case study is an ideal medium for Twitter-oriented PR, since its data points are easy to summarize in a tweet and can also be sequentially listed off in a threaded series of tweets (colloquially known as a tweetstorm). Plus, a case study itself is usually highly visual, with graphics that stand out in tweet preview thumbnails or embedded photos. Such design helps drive engagement within Twitter feeds full of eye-grabbing photos, looping GIFs, inline videos, and clickbait headlines, as it greatly increases the probability of a retweet. Without Twitter, what would be the ideal setting for getting a case study noticed? Its main social rival in brand prestige, Facebook, sorts its posts differently, having long used an algorithm that is individualized for each user; Twitter still has the option for reverse chronological sorting of all updates, which is actually the default on its desktop clients/apps. Organic reach on Facebook has also long declined at the expense of paid campaigns, meaning that more spending may be required to promote the case study. However, Facebook is known for having superior targeting of specific populations. Without Twitter as we know it, it is likely that PR specialists could nevertheless transform their case studies to take better advantage of email marketing as well as social media alternatives such as Facebook. Email-based initiatives lend themselves to longer, more personalized content (including case studies), and their sheer efficacy has made them increasingly unavoidable for today’s PR professional. B2B video marketing/video case studies are also a popular option on Facebook due to the 6.3 percent engagement rate for native video there, according to eMarketer.

Years of Twitter use have acclimated PR professionals to a real-time flow of news and personal messages. The live-tweeting capabilities and the convenient Direct Messages feature make it easy for users to stay on top of relevant developments and communicate directly with individual influencers, partners, and customer contacts. But the overarching benefit of Twitter for PR is in having a critical mass of interactions, which ensures that you are always in the loop about your specific industry. While the decline of Twitter, in particular, might not produce a significant long-term change in how the PR world does business, it would be very disruptive in the short term. There are several alternatives that have a similar combination of communications features and influential user populations, such as:

The ability of any of these platforms to singlehandedly replace the unique environment of Twitter is unproven, especially since going forward, PR professionals might fragment across multiple social networks instead of consolidating their efforts on just one.

3. Blog coverage and other publishing opportunities

Twitter is right at the intersection of content marketing and PR, in large part because such a significant chunk of its audience consists of bloggers and other writers. For PR specialists, Twitter offers chances to have press releases, case studies, videos, and other content directly picked up by major media personalities who follow their accounts or see its tweet retweeted into their streams.

Beyond that, the active communication channels on Twitter, whether in Direct Messages or through public back and forth conversations in @-replies, enable other opportunities beyond the social network itself, such as guest blogging, interviews, and product/service reviews. Similar effects are of course possible via Facebook, Snapchat, et al., but there is still the same question of whether the critical mass of PR and media professionals is replicable outside of Twitter.

Facebook Pages and email lists are the obvious alternatives on this front to well-curated, highly responsive Twitter feeds and accounts. Ultimately, social media accounts are sort of like proxies for the classic Rolodex or phone contact lists. While the enormous (and public) user bases of social networks may help expand the scope of these compilations, their efficacy will in the end depend on whom each PR professional knows and how they can get in touch with these individuals. 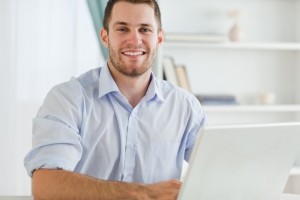 How to develop transferrable PR skills for social media and beyond

As the numbers from the Pew Research Center indicate, social media is a mature field in which the vast majority of the public, not to mention the PR world, already participates. According to a report from ad agency Zenith, advertising spend on social platforms is set to reach $50.7 billion a year by 2020, which would put it ahead of expenditures on newspaper ads at that time.

Just as social media has supplanted everything from the fax machine to the newspaper story within the workflows of today’s PR professionals, it is possible and even likely that something will eventually supersede these social networks, too. Twitter could evolve into a very different platform focused on live video, an area in which it has recently concentrated many of its investments. New channels of communication such as virtual/altered reality could eventually play a more prominent role in the PR field.

It is important for aspiring and current PR professionals to have breadth and depth in their skills, so that they are well-prepared not only for the social media-dominated present but also for a future in which social networks may matter less. An online Master’s degree in Strategic Public Relations from GW is the perfect way to acquire such expertise, through coursework paired with hands-on PR experience. Learn more on our main program page today.

Recommended Readings:
Article: Key Skills for Dominating the PR Field
Article: How To Transform your Content into Thought Leadership