View all blog posts under Master's in Political Management Online 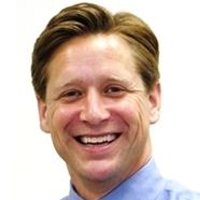 During his 20 years operating an independent business, Dan Duffy learned firsthand how politics can influence operations. He also recognized that politicians didn’t always understand the impact of new regulations. This inspired him to run for the Illinois State Senate to stand up for small businesses, winning election and then a second term.

“My business is what led me to politics because I realized that if you run a company and aren’t involved in politics, soon politics runs your business,” Dan said. “So I decided to get more and more involved.”

Initially, Dan ran his campaign the same way he ran his business. It wasn’t until he left office after two terms that he sought to expand upon those instincts with a formal education through the George Washington University’s online master’s degree in Political Management program.

Learning to Live and Breathe Politics

The expertise Dan wanted went beyond political science. He’d worked in politics for eight years, so he knew he wanted to focus on learning the latest political strategies and tactics in order to become a more effective legislator.

“What stood out for me was the quality of the professors and the facilitators,” Dan said. “One of them worked for Associated Press for decades, so extremely knowledgeable.”

“One of my facilitators is in the White House. The courses are taught by people who lived and breathed political management, and they relate their stories to the job.”

Dan’s ambition prompted him to start the online political management master’s program while still serving in the Senate and simultaneously operating a small business. He was traveling frequently between his hometown and the state capitol. He needed a program that was completely flexible for his busy lifestyle to work.

“Between the Senate and my small business, I couldn’t have pursued this degree if I had to travel to school,” Dan said. “The only option was to do it online when I could fit it into my schedule.”

A New Form of Public Service

His duty done, Dan decided to leave office to put his skills to work in the community. Three months after he earned his master’s degree in Political Management online, Dan found his next project. Now he’s CEO and President of Prevent Child Abuse America, a nationwide nonprofit that develops programs to promote the well-being of children in all 50 states.

“When I was interviewing, we spent about 15 minutes discussing my Master’s in Political Management degree from GW. I think it really helped me get the job.”

Visit our program website or call 1.888.989.7067 for more information about the George Washington University Master’s in Political Management Online Program.