What to Know About Ethics in Public Relations 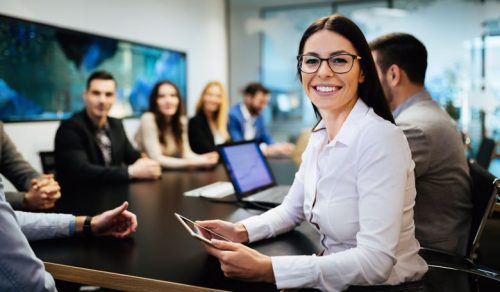 Public relations ethics are the moral principles — such as honesty, forthright communication, and responsible advocacy — that should guide the work of public relations professionals.

What are the Ethical Responsibilities of PR Professionals?

Although each PR practitioner will decide which ethics they ultimately put into practice, the PR code of ethics maintained by the Public Relations Society of America (PRSA) is a useful starting point for ethically responsible decision-making.

These six provisions constitute its core code of conduct:

PRSA members should consult the organization’s guidance on ethics in public relations, not only to avoid conflicts of interests and other improprieties but also to maintain public trust in the overall practice of public relations.

Why is Ethics in Public Relations Important?

Compliance with the PRSA’s PR code of ethics is, in that organization’s own words, the single most important obligation of PRSA members.

The PRSA has deemphasized active enforcement of its code of ethics over time, but its Board of Directors maintains the right to expel any PRSA member formally sanctioned or convicted in a court of law for an action that violates PRSA ethical standards.

Stepping back from the PRSA in particular for a moment, public relations ethics in general are vital for several reasons:

The old P.T. Barnum adage that “There’s no such thing as bad publicity” doesn’t apply to modern PR practice, which often must deal with skepticism about the integrity of its practices. Any ethical lapse can erode public trust, in turn devaluing the work of all PR practitioners.

Issues such as paid disinformation campaigns across social media platforms demonstrate the relevant risks. In early 2020, Buzzfeed News chronicled the long-term rise in “information operations” undertaken by unethical PR firms to create false or misleading content and then spread it across social media channels.

Such “dark PR” resulted in the PRSA expelling one prominent— and now-defunct — firm from its ranks. The International Communications Consultancy Organisation (ICCO) also created its 10-point Helsinki Declaration in the wake of this controversy, which contains ethical standards such as “be aware of the power of social media, and use it responsibly.”

If PR professionals want to build trust and maintain it long term, then adherence to such principles, from both the ICCO and the PRSA, is paramount. Making ethical decisions helps them avoid common ethics issues, ranging from spreading propaganda to sending improper gifts to members of the media in exchange for favorable coverage. Ethical PR reinforces positive public perceptions of the profession.

Clients and employers hire PR professionals to advocate for them and manage their public images. PR teams become extensions of their entire organizations. Accordingly, any unethical practices by PR professionals can do damage not only to the reputations of those practitioners but also to the organizations they represent. Crucial client or employer relationships can be irreparably damaged.

In its PR code of ethics, the PRSA highlights numerous examples of possible violations, including instances in which a PR professional acts against the interests of the people they represent. Selective disclosure of information, in violation of the PRSA provision of the same name, is one such ethics issue. A PR team that paints an incomplete picture of a company’s financial position, or tries to set up front groups that mimic the presence of grassroots support that doesn’t actually exist (a practice known as “astroturfing”), is setting its client or employer up for failure.

For example, a PR firm helped Exxon Mobil secretly create a YouTube video spoofing the 2006 film “An Inconvenient Truth,” then attributed it to a single person simply voicing his own opinion. When the public discovered that a PR team was behind it, Exxon Mobil disavowed this astroturfing campaign that had transformed into a mini PR crisis. The incident shows how professional relationships in public relations, along with efforts to be seen as a good corporate citizen, can be fractured by unethical decisions.

Sustainability of the PR Profession

Without ethics in public relations, competition between PR practitioners can turn into a race to the bottom, characterized by misinformation and aggressive tactics that damage PR firms as well as their clients or employers. In contrast, adherence to ethical standards is a win-win for PR companies and the organizations they represent.

As mentioned earlier, one of the principles in the PRSA code of conduct is “Competition.” The PRSA promotes respect and fair competition, not just for their own sake but for that of the public at large since the public benefits from having a wide range of options for PR practitioners. Unethical PR can diminish the range of options by causing firms to go out of business, thereby making the industry more consolidated, or tainting firms in a way that damages the entire profession.

Can Public Relations be Ethically Moral?

This question often underpins the discussion of ethics in public relations. Both the PRSA code of conduct and the ICCO Helsinki Declaration are attempts to answer with a “yes.” Moreover, there is strong evidence that PR practitioners are among the most ethical professionals, according to a landmark study published in the Journal of Public Relations.

The Master’s in Strategic Public Relations (SPR) at The George Washington University offers students the opportunity to learn about public relations ethics and how to make ethical decisions. Key learning outcomes include:

Adherence to ethical standards, both as embodied in the PRSA’s code and as encountered in the real world, is vital to sustainable professional PR practice. Get started on the path to ethical PR by learning more about the GW SPR degree on our main program page.

What Is Public Relations?
A Look at the Modern PR Landscape