In the world of political management, macrocosm reflects microcosm. The skills necessary to campaign on a local scale translate easily to a national scale — with a few key differences. At the national level, competition for hearts and minds is much more challenging, requiring a responsive strategy and a deep understanding of the shifting political landscape. At the local level, the candidate’s personal reputation is ingrained in every issue. In both cases, every plank of the candidate’s platform must be well-researched, logical and ready for examination under the microscope of public opinion. 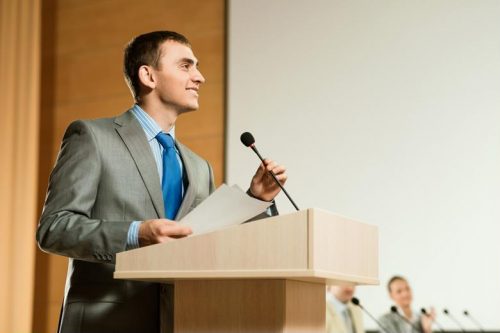 For the political management team, the major difference between local and national campaigns is scale. Challenges that are easy to overcome at the local level can become unwieldy in the national arena. Local campaigns can still present challenges that would try the skills of even veteran campaign managers.

One of the primary differences between small- and large-scale political campaigns is the ability to raise funds. At the local level, the pool of available resources is smaller. Local candidates need to do much of the fundraising themselves, and it can be difficult to secure donations.

At the national and local levels, grassroots campaigns can mobilize politically active individuals to engage with the candidate’s platform. These days, the ubiquity of social media makes it easy to find and target active political groups within local communities. Additionally, digital platforms facilitate communication between members of the management team and leaders in the volunteer community. At any scale, the groups that are most likely to be enthusiastic about grassroots efforts include nonprofit organizations, faith-based groups and the politically active youth.

Raising funds through telephone solicitation is effective at any scale. Finding volunteers to be on the phones at the community level may be easier if the candidate is a member of a local organization. At the a national scale, finding volunteers to work at a phone  requires a managed approach, with leaders working in tandem to target voters in different parts of the country.

Modern political campaigns must leverage the latest marketing tactics to target the right audiences. At the local level, this can be a challenge because it’s difficult to find professionals who will lend their skills for little or no pay. A look at any local election will reveal poorly formatted signage, tone-deaf radio ads, boring logos and confused messaging. These problems occur when local candidates cannot afford to hire professional designers, writers and marketers. That shortfall means that a prepared candidate can make a big splash just by putting extra effort into a campaign’s visual marketing efforts.

At the national level, low-quality marketing efforts sink campaigns. Local candidates may be able to get by with a poorly designed logo, but that detail becomes enlarged in the national arena. Therefore, campaign managers have to be able to tell the difference between a campaign ad that looks professional and one that looks like it was put together by an amateur.

The same concept applies to the candidate’s talking points. The average voter must easily understand the campaign platform at a glance. At the local level, candidates can take up a single issue and run with it. At the national level, the platform must be much more diverse, or it will alienate segments of the voter base. This can be a precarious balancing act, as it’s impossible to get every constituent to agree on every issue.

Candidates in local campaigns have long histories with their voter bases. In some cases, they are well-known and have been active members of the community for years. That relationship can be a good thing, but it also means candidates must always be “on.” They cannot go to the local grocery store without representing the campaign in some way. If voters approach candidates on the street, which may be a daily occurrence in a local campaign, those running for office must be able to address them professionally and in a manner that leaves a positive impression.

When scaling a campaign up to the national level, personal relationships with voters are still important but much different. Locally, the candidate likely belongs to the same organizations as the voters. Nationally, the candidate may have never even visited the city where key voters live. Therefore, the challenge of voter relations at that scale is introducing the candidate in a positive manner. First impressions matter. Candidates must be able to go into an area in which they have no prior experience and speak to people with whom they have little in common. Therefore, it’s the management team’s responsibility to conduct research and scout locations before the candidate has a chance to make an impression on a new audience.

Perhaps one of the greatest differences between local and national campaigns is the level of political competition. At the local scale, candidates typically face off against opponents with similar backgrounds, experience and resources. On the national stage, political opponents may be much better funded and have deeper relationships with key voter groups. 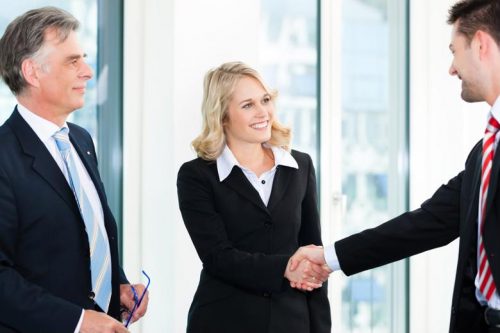 At either level, the management team needs to be able to deflect mudslinging from the competition. In the modern political arena, attack ads are common. The team needs to decide how it will respond to attacks and whether it will leverage offensive or defensive tactics when sparring with the other candidates.

No matter the size or scale of the campaign, managing a political run for office can be an exhilarating experience. If you’re up to the challenge and want to equip yourself with the key strategies and tactics for running a strong campaign, follow our website to learn more about how to obtain an online Master’s in Political Management.

Recommend Readings:
Political management or public policy? A look at two graduate degrees
What is an online class like?

Sources:
5 skills you need to pursue a career in political communications
9 Political campaign tips
23 Ways to Raise Money for Your Political Campaign