Often related as disciplines, and even more often confused for the other, political science and political management are two different approaches to similar social systems. Anyone pursuing a political management degree online will need to be familiar with both, and know the difference between them. 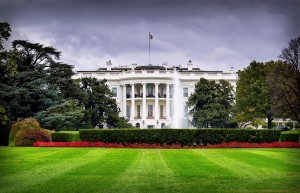 What Is Political Science?

Political science is concerned with not only the functioning of systems of government, but also with the analysis of political behaviors and activities. It deals with politics in practice and theory and is commonly thought of as the science of measuring the distribution of both political power and resources.
Political scientists are engaged in the study of relationships and social dynamics underlying political events and situations. From these ruminations, they endeavor to model principles regarding the way political structures function. Political science is a multidisciplinary school of thought that draws upon many other sociological fields such as law, economics, philosophy, sociology, history, psychology, geography, and anthropology.

What Is Political Management?

The History of Political Management

One of the first such professionals was Joseph Napolitan. He founded the American Association of Political Consultants. In time, consultants specializing in certain aspects of campaigning became more sought after, such as Tony Schwartz. He was the creator of the infamous “Daisy” ad and was one of the first professional political media consultants to focus especially on political campaigns. Polling was one of the earliest political management services sought by campaign managers, followed by massive direct mail efforts to reach voters. Political managers today specialize in a broad array of consulting specialties, such as strategy, direct mail, polling, fundraising, lobbying, web design, and get out the vote initiatives.

Earning a master’s degree through the Political Management program at The George Washington University will enable you to make your way into the dynamic and exciting field of political management- an exciting profession where you can learn to benefit influential movements and to make a positive difference in the world.