How to become a campaign advisor

No legislator gets to an elected position entirely alone. Not a city’s mayor, a state’s governor or representative and certainly not the president of the United States. Securing these offices involves smart campaign management and team-building, bringing on the sort of staff essential for support in hard-fought political campaigns. These may include volunteers, schedulers, press secretaries, financial directors and chiefs of staff. 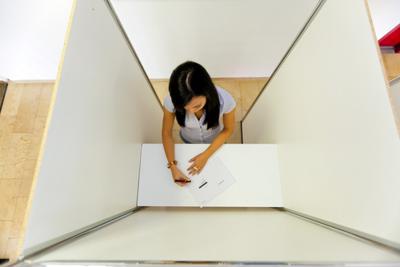 One of the key players in successful bids for office — especially on the presidential campaign trail — is the campaign advisor. Throughout the nation’s history, dozens of candidates likely wouldn’t have reached their desired role were it not for their campaign advisor. Karl Rove, former deputy chief of staff to then President George W. Bush, also served as a senior advisor in Bush’s first presidential campaign. His ability to strategize, interpret polling data and fundraise earned him the title “Bush’s brain,” as Bush implemented many of Rove’s recommendations both on the campaign trail as well as in the Oval Office.

What does a campaign advisor do?

Perhaps more importantly, how do you become a campaign advisor? There are many avenues to such a position, one of which is by obtaining an online master’s degree in political management from the George Washington University. Nearly 95% of students who obtained their degree through the Graduate School of Political Management at GW are currently employed in a variety of different positions in politics, including campaign managers, advocates, directors, lobbyists and analysts. Several have also worked or still work for the Republican and Democratic National Committees.

A classic example is fundraising. Running for office costs money to pay for various essentials on the campaign trail, such as transportation, lodging, advertising and a host of other considerations. How much money is necessary largely depends on the race and political seat. The 2018 midterm elections, for example, were the most expensive on record, as campaigns, political action committees and parties spent a combined $5.7 billion, according to the Center for Responsive Politics.

Campaign advisors may thus be charged with figuring out the best fundraising methods in particular situations, whether by distributing mailers, going door to door, hosting town-hall events and rallies or eliciting appeals via social media. Advisors’ suggestions for one campaign may be entirely different from another. This is part of what makes campaign advisors so important, as they must be capable of deciphering which strategies work and which don’t, based on the electorate. Fundraising and Budgeting, Audience Research and Maximizing Social Media are three-credit courses in the GSPM curriculum that probe these issues in greater detail.

Another area in which a campaign advisor may specialize is public relations. Electoral politics, above all else, is a people-centric industry. Officials work on their constituents’ behalf, and the only way they can truly do so is by appealing to the people directly to earn their trust and respect. How officials present themselves and communicate with the public about their intentions — as a candidate and eventually as a lawmaker — is often the product of a campaign advisor’s strategy.

Such a task is often easier said than done, considering many Americans’ low opinion of the government, particularly at the federal level. According to Gallup polling released in December 2019, approximately 27% of Americans view the federal government as the nation’s biggest problem, more so than the economy, immigration, healthcare or the federal deficit. It’s the third year in a row that the government was viewed as the country’s largest issue. 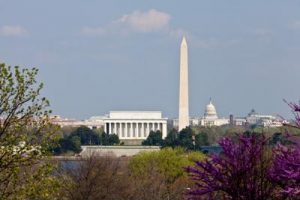 While these views are opinions and may not reflect the full breadth of an issue, perceptions are a major reality in politics. Thus, a campaign advisor may provide recommendations as to what a candidate needs to do to gain the electorate’s trust and how they plan to overcome partisanship in Washington and throughout much of the country, for example. Campaign Strategy, Fundamentals of Political Management and Applied Political Communications are some of the classes that offer insight into how candidates can effectively engage and appeal to as many people as possible.

How do campaign advisors differ from campaign managers?

There’s a fair amount of overlap between what a campaign manager and advisor do. Each role requires extensive organizational skills and an ability to think critically in ever-evolving scenarios over the course of a campaign. They are both also involved in enhancing communication, whether through the written or spoken word.

Perhaps their biggest difference is the extent of their day-to-day responsibilities. Whereas a campaign advisor traditionally specializes in certain aspects of electoral politics — such as issues of foreign policy and diplomacy — a campaign manager oversees all the aspects of a run for office, from staffing to coordination with the press and scheduling meet-and-greets at sponsored events.

How do you become a campaign advisor?

Much like those who choose to run for the White House or a seat in the Senate, campaign advisors reach their positions through hard work, dedication and surrounding themselves with the right people. For those who have no prior history in politics, this may start by volunteering for a political campaign, PAC, charitable foundation or think tank. While their initial duties may involve seemingly menial tasks like making phone calls, installing yard signs, handing out fliers or fielding emails, these introductory assignments are all essential to any campaign — and can frequently lead to new opportunities through networking.

In other words, it’s not just what you know that’s important in politics, but who you know. The Washington Residency at GW allows online political management students to interact with individuals who have been in politics for years. This program helps students gain the insight and connections that can help them take on more responsibilities — and have the potential to pursue highly prestigious political campaign positions — later on.

Volunteering is ideally paired with a formal education. This includes an undergraduate degree — in history, international affairs, political science and the like — from an accredited university. A graduate degree is also highly recommended. While neither volunteering nor even a college diploma are mandatory to become a campaign advisor, such experiences can significantly improve the odds of gaining the knowledge, proficiency and experience required to reach high-ranking positions in electoral politics.

How much does a campaign advisor earn?

Polling data shows that a major factor voters use in deciding who to cast their ballots for is experience: how long a candidate or incumbent has been in politics. The same standard applies to campaign advisors’ earnings: Their level of experience plays a deciding factor in how much they stand to make. According to the U.S. Bureau of Labor Statistics, the median wage in May 2018 for political advisors and professionals in similar roles was $114,800. Some made considerably more — the top 10% earned over $208,000 — while others made nearly half that amount.

Much like any run for elected office, there’s no shortcut to a role as a campaign advisor. It has to be earned. An online Master’s in Political Management degree can get you moving in the right direction, as many graduates have achieved their professional aspirations. More than 80% say the program helped them be more competitive in the job market and 91% say it expanded their breadth of knowledge.

Personal and professional satisfaction can be yours by taking advantage of the GSPM curriculum at GW. For more information on how to get started, apply today.

Recommended reading:
How to begin a career in politics
What is the average campaign manager’s salary?