How to know when to back out of a tough campaign

Presidential elections may be the most high-profile and tough political campaigns, but local and mid-level races can be just as contentious at times. From scandals to withdrawn party support to fighting against difficult odds, tough political campaigns can be discouraging even for the most well-prepared and experienced team. While no one wants to back down in the middle of a political race, it is important to know when it is the right time to concede. 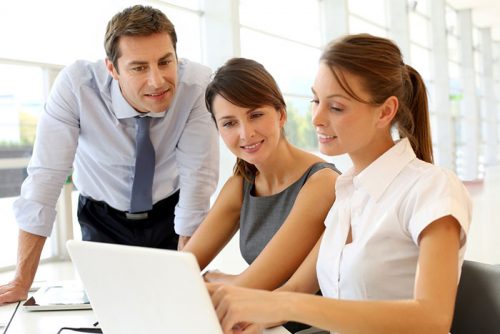 When you run out (or are running out) of funds

Whether your competitor is just too well-known or you are not able to garner enough voter, party or financial support, there are plenty of reasons as to why your candidate may drop out of a race. To know when it is the right time to back down, here are a few thoughts you might want to consider.

Political campaigns are built on money. Candidates who garner the most financial gains from their supporters and super PACs are generally the ones who experience the most success. Campaign funds allow candidates to buy advertising, pay key team members, boost marketing efforts, garner volunteers for door-to-door campaigning and travel around the country (or district) to hold events and rallies to gain more support.

While grassroots campaigning can be effective, in today’s political climate, most high-profile candidates must have ample funds to gain any traction. Look at third party or less noticeable candidates in the presidential elections, for example. The candidates might have evocative messages, but if they don’t have the money to compete with the main candidates, they will not go very far.

Though money does not guarantee success, it does significantly boost your candidate’s chances to win. If you are running out of or completely run out of funds, it may be wise to back out of a race.

If political party members are withdrawing their support or key stakeholders of your campaign departments are jumping ship, it might be time to cut your losses and back out of a race. This usually only happens if your candidate happens to be particularly controversial or divisive, especially within their own political party. For example, your candidate might have made certain outlandish remarks or is caught in a scandal, which results in party members wanting to distance themselves from your candidate.

Though this is a typical response, people withdrawing their support from your campaign does not always mean that you cannot win, as in the case of Donald Trump. Numerous campaign officials left, resigned or were fired from Trump’s campaign, even in the final moments of his race. Unlike other campaign teams that retained their workforce, Trump’s team seemed to be in trouble.

With such a degree of controversy, many members of the GOP withdrew their support and declared refusal to vote for Trump during the election. For any other political contender, this lack of support might mean disaster.

Trump, however, knew that his key voter base would support him no matter how many team members left his side and painted different narratives about GOP members who withdrew their approval. Though this worked for Trump, it’s usually wise to back out if your team and political party no longer believes in your candidate. Trump’s success in the face of this opposition is not a common occurrence in the political landscape.

When the odds aren’t in your favor

At times, the odds are simply not in your candidate’s favor. It could be their lack of experience, their inability to garner support from large swaths of the population or the opponent is simply too likable or popular. While voters and the media love an underdog, David-and-Goliath situation, this doesn’t mean your candidate will triumph in the end.

Rely on voter data, polling information and hard facts throughout the campaign to gain an accurate perspective of your candidate’s odds of winning. A slow start early in the campaign does not mean your candidate will not win, but you do need to pay attention to the amount of support they are gaining day-by-day. If your campaign team is seeing steady growth, you might have a solid chance of coming out on top in the end. Look at those metrics like you and your opponent’s polling data and donations before deciding that the odds are not in your candidate’s favor.

When your candidate isn’t connecting with the electorate

Sometimes, your candidate simply doesn’t connect with their electorate as much as their competition. They may not have enough name recognition or perhaps their message isn’t resonating with voters. There are plenty of reasons your candidate could struggle to reach their target voter base. This is often a situation where candidates decide to back out of their campaign, because their chances to win are slim if they can’t garner the support of their primary voter base.

Candidates are more likely to drop out of a political race early on if they feel that the electorate is favoring their opposition. Interestingly enough, experienced candidates are the ones who are more likely to back out of races earlier than less experienced ones. For example, in the 2016 presidential election Rick Perry, Scott Walker and Bobby Jindal all dropped out very early into the race, even though they had the credentials and even some Congressional support.

Newer, less experienced and even less likable candidates held on and kept campaigning during the primaries, such as Chris Christie, Lindsey Graham, Carly Fiorina, Martin O’Malley and Mike Huckabee. While this may seem optimistic for a candidate to continue campaigning, even when they have lesser chance of winning, the New York Times points out that not all candidates are running with the sole intention of winning.

Many candidates understand their chances of winning are low, but run in order to boost their media coverage and get the electorate talking about them. They gain more political visibility, which may aid them in their next race that may be for a lower office, such as a senate, house or local seat. Unless your candidate has this ulterior motive in mind, you should consider dropping out from their political race when they fail to fully connect with voters.

When you lost the race

Races are sometimes too hard to call early on, which is why some political managers don’t back out of a tough political race until the very end. As in the case of the 2016 presidential election, the vast majority of polls were clearly pointing to Hillary Clinton as the winner, yet the tables were turned when Trump ended up pulling a surprise Electoral College victory.

Importantly, candidates who see their races through to the end must also know how to concede defeat gracefully. Looking back at the recent U.S. presidential election, Clinton conceded defeat after a race where polls – and much of the general public – had assumed her victory. As the Los Angeles Times reported after the election, she did so in a private phone call to Trump, after which he noted Clinton had congratulated the Trump campaign.

The graciousness in defeat from Clinton may help maintain a positive public image for her and keep her political options open in the future, which is a common goal of many losing political campaigns. Another possible concession strategy was employed by Marine Le Pen, the runner-up in the recent French presidential election. Le Pen focused on her supporters and her political movement, stating that her votes were already a historical result for her party, reported the Independent. This shifted the emphasis away from a loss and on to her supporters. 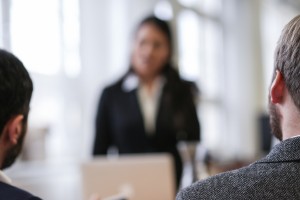 In any tough political race, it’s important to know when it is the right time to back out and when it is best to keep fighting. A Master’s Degree in Political Management can equip you with the skills and strategies you need to be ready to thrive in the tough and uncertain political landscape. For more details about how an online program can support you while you are already working in the political sector or before you decide to make a career switch, visit the George Washington University online.

2016 concession as unconventional as the campaign

How to write a victory and a concession speech

What to do after losing a campaign

Learn From The Experts Articles

When should presidential candidates drop out?