President-elect Donald Trump doesn’t play by conventional political rules. While he has steadily presented himself as an outsider, some political analysts believe that Trump differs from previous outsiders in that the political elites no longer have the power they once had to exclude candidates who rail against the systems. By leveraging this fact, and the nearly constant media attention, Trump caught the attention of voters across America who were tired of what they perceived to be the “same old, same old” in the political arena.

The 2016 presidential race emphasized the rising power of outsider candidates. From Republican candidate Ben Carson to Democratic nominee runner-up Senator Bernie Sanders,
these outsiders tapped into the true psyche and needs of conservative and liberal voters. Their respective messages resonated with people, beyond party affiliations and convention.

As the common belief is that politicians will say anything to get elected, voters were less enthusiastic about veteran, mainstream party members such as Hillary Clinton, Jeb Bush and Marco Rubio who represented “the establishment,” rather than the people. Voters wanted change – and so millions of Americans cast their ballots for Trump. 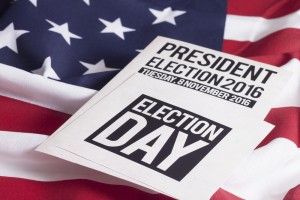 While the 2016 presidential election has a lot to offer in terms of lessons for candidates and campaign managers alike, one of the main takeaways is how to effectively manage a candidate who doesn’t play by the rules. Essentially, how does Trump being elected to the presidency demonstrate the best way for campaign managers to handle an outsider candidate? Here are the top three considerations to pay attention to:

1. Trump’s team listened to voters – not other politicians

Whether or not you agree with the tone of his message, Trump’s team did make it a point to listen to his voters, not to other politicians. During his campaign, he was famous for telling his supporters that should he become the next president, he would give them everything they ever wanted. From building a wall on the Mexican border to slowing the influx of illegal immigration to bringing manufacturing jobs back to the U.S., his many controversial promises struck a chord with many unsatisfied voters.

Even if Trump does not intend to follow through on renegotiating NAFTA or completely repealing the Affordable Care Act, his campaign management team encouraged him to refuse to play by typical political rules and listen to the voters, rather than follow in his GOP predecessors’ footsteps.

When managing a candidate as unruly and polarizing as Trump, it may be best to listen to what the people want – not what the system wants. In this way, Trump’s followers felt more connected with his campaign and came out in droves to vote for him. Basically, if your candidate is an outsider, embrace what the supporters want, don’t just tell them what they should hope to happen.

While Trump might not have political experience, his years of business dealings have taught him something about running a successful operation. Though he has experienced several setbacks, such as filing for bankruptcy and the now defunct Trump University, there is little doubt that Trump runs a universally recognizable brand. Trump was able to emerge right back on top, no matter what struggles or controversies he encountered throughout his business and reality show careers.

Trump’s team approached his campaign in much the same manner. While scandal after scandal threatened to slow down his political momentum, Trump wasn’t afraid to stay true to his unique brand. He frequently promised his supporters that he was going to run the country like a business – despite his own failings – and refused to take no for an answer even though he faced seemingly insurmountable odds.

Campaign managers can use this business-like attitude when approaching their own unruly candidates. Whether your candidate is running on an outsider’s platform or struggles to overcome past controversies, it’s important to approach each situation by sticking true to your candidate’s brand. Just like with Trump, even if you think the odds are not in your candidate’s favor, if they stay true to their brand and don’t apologize for circumstances they cannot change, you may see their appeal rise among a select set of the electorate.

3. Trump’s team encouraged him to lean into his outsider message and honest approach

Unlike traditional conservatives, Trump’s policies and overall message pushed the boundaries of Republican norms, drawing in an entirely new or frequently ignored voter base. He appealed to white, rural voters who felt overlooked by both the GOP and the Democratic Party, aligning himself as an outsider who would solve their problems. Hitting on hot-button issues such as immigration, national security and the economy that resonated with lower income, less educated voters, along with many other conservatives who were concerned about rising insurance premiums and taxes.

Much like running Trump’s campaign like a business, his team also encouraged him to lean into this outsider message and controversial running style rather than shy away from it. His advisors realized that these voters didn’t want a candidate who spoke, acted and thought like the rest of the politicians in Washington D.C.

These people wanted someone who wouldn’t be afraid to voice the very concerns they had been raising for years, but were frequently ignored or put down. What Trump’s team did right was letting Trump be as transparent as possible with his supporters, thus shattering previous notions that political candidates are not truthful or will do anything in their power to get elected.

Additionally, instead of regulating his Twitter account, his team seemingly let him run wild, doing everything from mocking his revival’s spouses to posting conspiracy theory links without vetting their credibility. While other political candidates were concentrated on being respectful and not offending anyone on social media, Trump’s team threw caution to the wind and embraced this unconventional approach.

What you can learn from this situation is that your candidate should not be afraid to be him or herself in person and online. As an outsider, supporters will demand a certain level of authenticity, which is unheard of in the rest of the political spectrum. Whether or not Trump was being honest during his campaign, he did convince a portion of the country that he meant what he said.

While there is not likely to be another major candidate on the same outsider level as Trump, his campaign offers many insights into how campaign advisors can successfully manage future candidates who also don’t want to play by traditional rules.

Outsiders in Politics Not The Greatest Success Rate

Political Outsiders Through the Ages

One Difference Between Donald Trump and Outsider Candidates of the Past

The degenerate gambler: Trump runs his campaign like he ran his casinos — right into the ground

Will Trump Run His White House Like A Business?