How will the POTUS social media account transition unfold?

Social media has changed the way we obtain information and communicate with the world around us. Users log into their accounts to run their company’s marketing campaigns, advocate for social activism causes, voice their opinions during the aftermath of the 2016 election cycle and even follow Tweets from the President of the United States.

A study from the Pew Research Center, conducted with the John S. and James L. Knight Foundation, discovered that 62 percent of Americans now get their news over social media channels. Of those polled, 18 percent said they did so frequently.

This preferred choice of news consumption is not without controversy. The Wall Street Journal reported about the numerous fake news sites circulating around Facebook, which resulted in a recent ban on these sites from using Facebook’s advertising network. A Facebook spokesperson informed the newspaper that “We have updated the policy to explicitly clarify that this applies to fake news … We vigorously enforce our policies and take swift action against sites and apps that are found to be in violation. Our team will continue to closely vet all prospective publishers and monitor existing ones to ensure compliance.”

Additionally, NPR revealed that when glancing at themes and trending topics over social media during the election, the average American was more concerned with the scandals surrounding the candidates, such as Clinton’s email controversies or Trump’s comments about women or minorities. When people get their news over social media, they often receive it from sources that support their particular political bias and inflame their feelings, and not from objective sources. Though not necessary detrimental, it will be interesting to see how future political candidates will use this slant in upcoming elections or how the mainstream news media will tap into these particular biases.

Despite these developments, more Americans than ever are logging in over social media to stay informed about the world around them. One way many stay tuned is by following the presidential social media accounts. 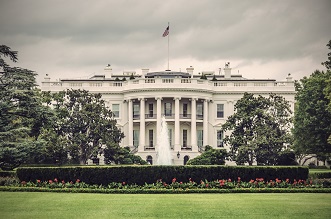 The influence of the POTUS social media accounts

When President Obama was first running for the presidency, he joined Twitter in 2007 on his own personal account @BarackObama. Not only did his feed keep the general public informed about his message and work, he used it to connect with voters in a way that no other presidential contender had accomplished before. Though he has since pushed the running of this account to the Organizing for Action staff, his social media groundwork laid the foundation for the role social media assumed during the 2016 election cycle.

According to a White House press release, President Obama was the very first “social media president.” Not only did his administration launch @POTUS – the official Twitter account for the President – but he was the first president to go on Facebook Live to address to the American people or use a humorous Snapchat filter.

The POTUS’s first tweet on May 18, 2015, read, “Hello, Twitter! It’s Barack. Really! Six years in, they’re finally giving me my own account” and revolutionized the way the American public views and interacts with its president. Since Obama first campaigned for the Oval Office up until his last couple months in office, social media has played an integral role in re-imagining how people interact with their government bodies and world leaders.

How will the POTUS social media accounts transition unfold?

Prior to the outcome of the 2016 presidential election, the White House released a peaceful and comprehensive digital transition plan for the president-elect. The three main outlined goals included a preservation of materials with the National Archives and Records Administration, easy and real-time access to available materials and ensured that the next administration and president will continue to grow what President Obama’s Administration began.

These measures are taken as the White House wrote that this digital infrastructure is not just a way for future presidents to connect with the country, but because these archives belong to each American.

Since Republican Nominee Donald Trump was elected president on Nov. 8, 2016, he and his team will now transition to assume responsibility for the POTUS social media accounts, along with Michelle Obama’s @FLOTUS, Joe Biden’s @VP and the @WhiteHouse Twitter handles. On Twitter specifically, President-Elect Trump will inherit @POTUS’s 11 million followers Jan. 20, 2017, and he will begin with a clean slate.

All tweets from the previous administration will be removed from the current feed, stored under a new handle, @POTUS44, and will be archived at the NARA. The same will be applied to all other Obama Administration Twitter accounts. Anyone who wishes to view President Obama’s past social media posts can access them just like any other Presidential records.

This same “clean slate” timeline approach will continue with the White House’s Instagram, Facebook, Medium, YouTube and Tumblr accounts. Again, all of these posts will be made available under the new “44” usernames and stored by the NARA.

Why is it beneficial for the Trump Administration to keep the account active?

When Thomas Jefferson was elected to presidency in 1801, this solidified the first peaceful transition of power in U.S. history. Each inauguration day, this same phenomenon has occurred as it has for the past two centuries. When President-Elect Trump assumes the Oval Office in January, he will be the first president to assume a peaceful transition of social media power by inheriting the POTUS accounts.

Not only does this continuation of the POTUS accounts convey a sense of solidarity between the two different administrations, it may improve Trump’s current social media standing as a world leader. Trump’s posts on his @theRealDonaldTrump handle during the election cycle have been less conventional than most presidential hopefuls, which simultaneously appealed to his voters and worried his opponents.

While President-Elect Trump’s advisors might urge a more cautionary approach over social media and a peaceful movement of POTUS account power, only time will tell how this transition will ultimately unfold.

If you are interested in learning about the implications of current events on the Public Relations industry, visit the George Washington University online.