Although it may be hyperbolic to say that social media has changed the world, the statement isn’t too much of a stretch, given its unparalleled growth and international reach. Since its inception in the mid-2000s, billions of people not only have accounts on networks like Facebook, Twitter and Instagram, but are regular users logging on multiple times per day.

Due in part to big data, social media has fundamentally altered not only the online universe, but the offline world as well. People turn to it to touch base with family, friends and coworkers and obtain information that can guide many of their consequential decisions, like who to vote for or what ballot initiatives to support. Many Americans readily admit that they’ve changed their mind about an issue based on what they learned, read or viewed on social media. 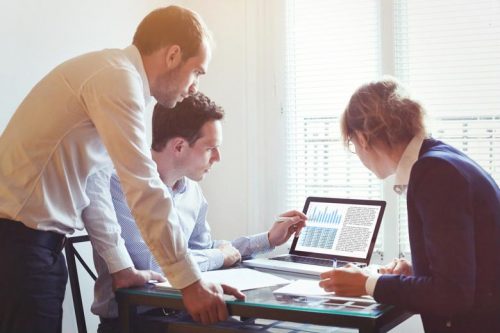 That helps explain why more campaigns are leveraging social media. In Maximizing Social Media, a three-credit-hour master’s course at the Graduate School of Political Management at the George Washington University, students learn a history of social networks and how politicians, aides, communication directors and political strategists are using them to frame the conversation and win over the hearts and minds of the American people. Through a combination of real-world examples and analytical concepts, students will come to better understand how to use social media in their careers, whether they become social media specialists themselves or seek simply to add the online avenue to their communication tool belt.

Social media has revolutionized ‘getting to know you’

Running for office — or working on behalf of candidates — isn’t so much about what you know, but who knows you. This is made possible by interacting with the people who go to the polls. Prior to social media, the best way of connecting with voters was through knocking on doors, making phone calls and hosting town hall-style question-and-answer sessions. These communication methods are still utilized, but social media has optimized these channels.

Whether by advertising the events on Facebook and Twitter or posting videos and pictures so people not in attendance can catch up on what they missed, social media has brought new meaning to the term “getting to know you.” Indeed, according to the Pew Research Center, approximately 25% of 18- to 29-year-old registered voters in the 2014 election cycle followed political figures on sites like Twitter and Facebook. That’s up sharply from 14% in 2010. This trend has only continued, as in a more recent Pew poll conducted in 2016 63% of respondents said they kept an eye out for candidates’ profile updates in addition to checking their websites for any updates.

Given this, it is little wonder why public affairs managers turn to social media to both communicate with voters and provide updates on the latest developments. Instead of going through newspapers and reporters, where statements may be taken out of context, campaigns now have the freedom to speak more directly and unfiltered to their constituency.

Four of the most visited websites in 2018 were social networks

Due to the vast variety of outlets through which Americans obtain information, there’s always a risk that important announcements on social media alone will fall on deaf ears, as there’s been some backlash to this channel in recent years over allegations of shady data-mining practices. Some have called for boycotts among users and advertisers. Facebook CEO Mark Zuckerberg testified before Congress in 2018 to address allegations that his company was breaching certain privacy laws. The Facebook founder issued many statements in the aftermath to assure users that the company was making the appropriate changes.

Yet despite the bad press, the social media giant is no worse off, as it was the third most-visited website in 2018, totaling an average of 23 billion visits per month, according to SimilarWeb reports. In fact, of the top 10 most frequented online destinations, four were social media outlets, the others being YouTube (No. 2), Instagram (No. 6) and Twitter (No. 7).

In other words, if there’s only one channel ideal for interacting with the public at large, social media is arguably the best option. Maximizing Social Media examines this idea and can provide students with insight into how to most effectively harness the capabilities of these networks as a collective to enhance engagement and better control the conversation.

While Facebook and Twitter were launched primarily to help friendships flower and relationships develop ― i.e. for interpersonal purposes ― social media is increasingly used to advance political causes, and not just by lawmakers and officials themselves. Indeed, in a 2018 Pew Research Center poll, over half of respondents said they’d been “civically active” on social media in the previous 12 months, with over one-third participating in a group that shared a similar belief system or championed a particular cause. Roughly the same percentage ― 32% ― said they had used this channel to encourage others to participate in the effort, whether by asking them directly or passing along details to demonstrate why it was important. Interestingly, close to two-thirds of Americans say that social media doesn’t affect what they choose to purchase when companies advertise, according to Gallup. But it’s a different story with political causes.

Among 18- to 29-year-old men, approximately 30% of them said their viewpoints had changed on a public affairs issue based on new information brought to light via social media, a separate poll from Pew found. As a result, 63% said this led them to take action by advocating for the cause. 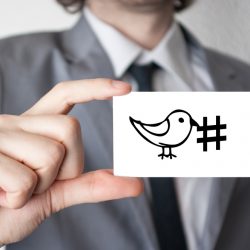 Trends by definition come and go, but given the growth in smartphone ownership and the frequency with which Americans log on to their profiles, social media is here to stay. For politicians and their staff, the only question is whether they will make the most of it to enhance name recognition and mobilize people to take action.

The online Maximizing Social Media course at GW can show you how. For more information on this course and the other advantages of a Master’s in Political Management, download our free brochure.

Recommended reading:
How social media monitoring and listening can inform your public affairs efforts
What is a career in public affairs?