Politics in the world of crowdfunding

The concept of “crowdfunding” was not well-known in the early 2000s. In fact, as recently as 2016, as many as 60% of the American public had never heard of it, according to polling from the Pew Research Center.

The concept has definitely caught on, as individuals, groups, families and communities have leveraged it to raise awareness and money for various causes. Electoral politics is but one of those arenas.

What is crowdfunding? When did the fundraising vehicle start to catch on? What precipitated its popularity? What can campaign funds be used for? These are just some of the questions answered and expounded upon at the Graduate School of Political Management at the George Washington University. Through courses such as Fundraising and Budgeting, Maximizing Social Media, Digital Strategy as well as Grassroots Engagement, online students can glean important lessons that can help them better understand campaign finance law, what campaign funds can be used for and how crowdfunding has helped to even the playing field for candidates and their support teams. 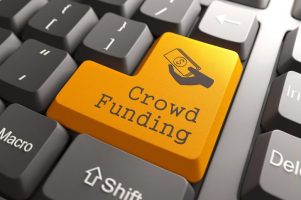 Although the concept behind crowdfunding is nothing new, the term itself is — taking hold in the American lexicon right around the time that Facebook, Twitter and other social media giants gained a following. At its core, crowdfunding is a fundraising tool, where supporters of a cause or movement make small contributions in the hopes of reaching a particular dollar figure. One might say that it’s the monetary equivalent of “many hands make for light work.”

Social media has revolutionized the fundraising process, inside and outside of the political world. Instagram, Facebook and Twitter have created forums or shared spaces where friends, family and acquaintances can meet not only to interact but to share thoughts and ideas. Social media has an awareness marketplace, which has fueled the growth in crowdfunding opportunities and understanding. There are even entire websites devoted to crowdfunding, including political crowdfunding sites and platforms such as CrowdPac, Thrinacia as well as Kickstarter and Crowdrise, an offshoot of GoFundMe.

Women’s organizations, animal rights groups and environmental preservation advocates have all effectively leveraged crowdfunding, often raising millions of dollars and at a pace quicker than they would through more traditional fundraising methods. Because of its signature success and the number of online users who have taken advantage of the online tool, organizations will often strategize so their online campaigns will strike a deeper chord with the people they’re trying to reach. Some of these game plans are a matter of dollars and cents. For instance, according to research from the University of Hong Kong, initiatives that aim to raise an odd number of funds ― as opposed to even ― tend to be more successful, The Wall Street Journal reported. The study’s principal investigators discovered that causes aiming to raise $5,000 eventually reached this total approximately 38% of the time. However, the success rate was much higher among efforts hoping for $4,999, with a success rate of 48%.

Campaigning in the digital era

Across the political spectrum, congressional, senate and presidential campaigns have adopted crowdfunding as a strategy. Not only have candidates used the money to seek higher office, but also to maintain their positions, with California Sen. Kamala Harris and New Jersey Sen. Cory Booker among the more well-known contemporary examples. Crowdfunding is rarely used as a sole means of raising money but is used to complement other proven methods such as cold calling, door-to-door efforts and other donor engagement strategies.

Crowdfunding has also been used by voters to try to unseat lawmakers who speak out in favor of legislation of which constituents may not approve or support controversial appointments. This was the case for Maine Sen. Susan Collins, who is running for re-election in 2020. In congressional hearings to appoint Judge Brett Kavanaugh to the Supreme Court ― a lengthy battle that involved allegations he wasn’t fit for the judgeship ― Collins voted to confirm Kavanaugh, which proved to be the deciding vote. Reaction to the senior senator’s decision was swift, and within days of organizers launching the crowdfunding campaign, over $3 million was raised to replace Collins, CNN reported. The money is expected to go to the person who will run against her.

As with most fundraising efforts, there are rules that govern crowdfunding. According to the Federal Election Commission, campaigns are free to use the internet to ask for contributions, but there must be disclaimers that clearly state who is paying for the effort and whether it’s been publicly authorized by the candidate. Virtually all public communication systems require disclaimers, including non-public, which the FEC includes as email and political committee websites.

Additionally many of the same contribution limits that apply to the more traditional, legacy fundraising efforts are equally pertinent to crowdfunding. This includes the allowable monetary limit and who is making the contribution(s), according to the FEC.

Although online crowdfunding was popularized in the United States, it’s hardly confined to the U.S. Austria, Czechia , Russia, India, Spain and the United Kingdom are just a handful of the countries wherein political campaigns have utilized crowdfunding to fuel their effort to get out the vote, according to the International Institute for Democracy and Electoral Assistance. Every dollar counts and opportunists largely agree that crowdfunding has helped them with political campaign management and enabled them to be more engaged with supporters and undecideds. 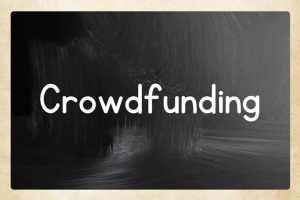 Which courses in the online MPM program relate to this topic?

The online Master’s in Political Management curriculum breaks down into four branches or clusters, including Core Classes, Electoral Politics, Advocacy Politics and Applied Proficiencies. At least one course in each cluster touches on some of the aspects inherent to crowdfunding or budgetary issues, including Fundamentals of Political Management (Core Classes), Campaign Strategy (Electoral Politics), Grassroots Engagement (Advocacy Politics) and Maximizing Social Media (Applied Proficiencies). Online master’s degree students can gain a more well-rounded understanding of political management in the digital era, lessons that they can apply to life whether on Capitol Hill, Wall Street or Main Street.

For more information on the GSPM and how the curriculum can further your career, please download a free brochure.

Recommended Reading:
The rules governing who can contribute to campaigns and how
The role of the Federal Election Commission