Polling trends and best practices ahead of the 2020 election

The 2020 presidential race began with two dozen candidates from across the political spectrum running to unseat President Donald Trump. This contest could rank among the most contentious in recent history. Polling — and, by extension, the political science professionals who manage public opinion surveying operations — will play an important role in the proceedings, as media members and campaign officials try to develop correct 2020 election predictions using surveys. 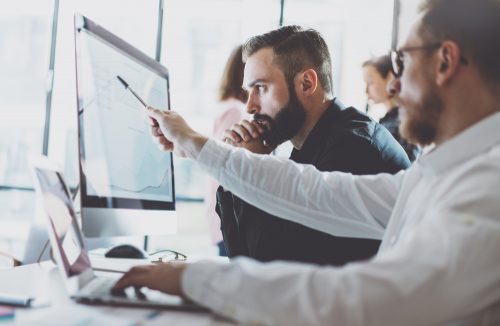 However, Americans’ confidence in modern political polling has declined significantly since the last presidential race, per researchers for HarrisX, who surveyed more than 1,000 registered U.S. voters on behalf of The Hill in December 2018 and found that 52% doubted polls. Are Americans right to question such mass public inquiries? Despite recent controversy over polling, the reality is that expansive surveys of this sort can render accurate insights when designed effectively, as Pew Research Center revealed.

So as the 2020 election season heats up, aspiring political professionals should review the polling practices most likely to be deployed during the race, as well as some of the most recent trends in assessing and reporting public opinions.

Reporters for the Harrisburg Pennsylvanian conducted the first political poll in 1824, asking their readers to choose between frontrunners Andrew Jackson and John Quincy Adams, according to the Smithsonian Institute. Participants chose Jackson over Adams by a 50% margin, a result that mirrored the eventual popular vote. While Adams went on to secure the White House by winning the electoral vote, this initial experiment encouraged political scientists and other interested parties to devise similar polling projects. W.E.B. Du Bois was among these early survey innovators, coordinating and publishing one of the first social science studies in 1896, an impressive polling feat involving more than 5,000 black Americans in Philadelphia.

George Gallup started the first public opinion polling organization 1935, just in time to collect data on the forthcoming presidential election between Alfred Landon and Franklin D. Roosevelt. Gallup collected 50,000 responses from a diverse cross-section of Americans and predicted that Roosevelt would secure re-election. Editors for the Literary Digest, which had a reputation for calling presidential elections based on big sample sizes, disagreed and pointed to responses from 10 million voters that seemed to indicate Landon had the upper hand. Gallup proved prescient on election day as Roosevelt emerged victorious.

The polling pioneer’s modus operandi, which hinged on a class-based data collection strategy, formed the foundation for the first surveying best practices. These standards have evolved over time. Today, organizations such as the American Association for Public Opinion Research help political science professionals, data scientists and others develop polls that deliver accurate results by publishing and updating bedrock surveying principles. These include:

These are among the numerous polling best practices that underlie many of the surveys media, independent pollsters and campaign staff are distributing ahead of the United States presidential election in 2020. 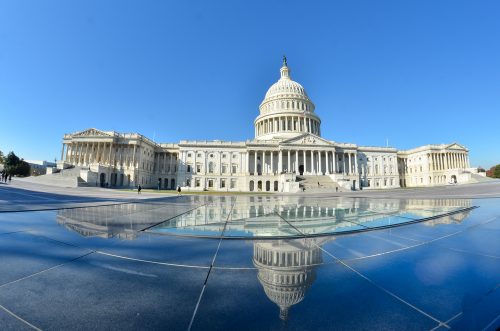 While the traditional public opinion survey strategies that Du Bois, Gallup and others established during the late 19th and early 20th centuries still have an immense impact on modern polling, some sea changes are unfolding in this space. For instance, Gallup has pivoted away from the U.S.-focused spot polls and daily data dumps that used to define its operations and now tracks longer-term global trends, per Politico. The manner in which voters consume polling data is changing too, as many are turning away from individual polls and instead viewing public opinion data through aggregators like RealClearPolitics, which publishes composite statistics from dozens of different research organizations.

These and other shifts are reshaping modern political polling and therefore transforming the decision-making process for voters navigating events such as the 2020 presidential race.

These changes are especially exciting for individuals looking at political scientist or political campaign manager job descriptions and considering these roles as potential careers. An interest and expertise in modern polling is essential in these and other roles. But where can aspiring political professionals go to acquire the knowledge and insight they need to carve out futures in this important niche?

The online Master’s in Political Management program at the George Washington University’s Graduate School of Political Management ranks among the best options. Here, students can develop the skills they need to execute and eventually oversee political polling operations. Core courses such as Political Data and Analytics lend aspiring polling specialists the strategy-driven communication competencies they need connect with voters and lay the groundwork for data collection. Grassroots Engagement, found in one of the program’s three speciality clusters, which include Electoral Politics, Advocacy Politics and Applied Proficiencies, covers similar territory but focuses on small voting blocs. Polling takes center stage in Digital Strategy, Audience Research and Maximizing Social Media too, where students engage with online outreach methodologies that facilitate public opinion collection and analysis.

In addition to building their polling skills in these and other courses, rising political professionals enrolled in the online MPM degree program at GW have the opportunity to learn from working pollsters through the global and Washington, D.C.-based residencies.

Together, these academic experiences can prepare students for work in this important and ever-changing political field. Connect with a GW enrollment advisor today to learn more about the online MPM degree.

Recommended Readings:
How an MPM can help you attain a career as chief of staff
6 reasons to choose a political management degree over law