The importance of transparency in your political campaign

The call for transparency is not just a voter fad that will fade with time. More than ever before, voters throughout the world are demanding their politicians to release their financial, personal and other relevant campaign information. In response, governments are increasingly experimenting with new initiatives to promote a transparent political system, ranging from more access to government data to user-friendly government websites. 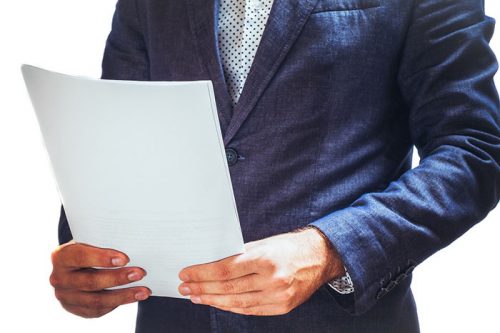 The media has traditionally been responsible for keeping the government in check regarding honesty toward voters. With the rise of social media, bloggers and other watchdog organizations, it is easier to access and demand political transparency than it has been in decades past. Politicians are public figures, where much of what they do and say is subject to severe public scrutiny. This rising call for greater political visibility is merely another feature of the modern campaign process.

Where to begin and why is it necessary?

The 2016 presidential campaign has proven that American voters want to elect candidates who appear to have nothing to hide. They want “open-book” politicians who will vote, act, speak and make daily decisions that reflect their electorate’s best interests. From political sex scandals to sketchy financial dealings to information leaks, all it takes is one instance of falsity for voters to reconsider the truthfulness of their candidates.

Political managers fighting for their candidate to win the race must understand the importance of transparency on the campaign trail. Without it, voters may grow distrustful of the candidates or even encourage full-scale investigations in their finances or personal dealings. This could spiral into inflammatory stories in the media, which could lead to the dissolution of the campaign. To get ahead of these rumors, approach campaigns honestly from the beginning, focusing on key areas, such as discussing campaign finance and personal matters on social media traditional media outlets.

The public disclosure of monetary contributions for congressional and presidential campaigns is one of the most foundational, sustainable and controversial parts of the political system today. The primary purpose of financial disclosure is to reduce the potential for corruption within the government. If funds are made public, this discourages the acceptance of funds from less-than-savory individuals or organizations.

During Buckley vs.Valeo in 1976, the Supreme Court ruled in favor of the federal disclosure measures, finding that these standards lowered the possibility for corruption in three main ways. The first was that it provided voters with key information about where their candidates received their money and how it was spent. Next, the disclosure helps deter corruption and brings large-scale suspicious contributions to light. It may also keep politicians from using this money for improper purposes.

Voters are demanding transparency in campaign finance more than ever before. To forge trust between your candidate and voters in regards to campaign funds, pursue a similar approach Senator Bernie Sanders took during the 2016 presidential primary race. During his campaign, he stood by his claims that the average donation to his race was $27. Instead of making his contributions more difficult to access, he brought the figures straight to his voters.

While smaller-scale campaigns might need to disclose every detail of their financial records, campaign advisors might consider taking a page from Sanders’ book and find an innovative way to promote fund transparency. Find the right strategy for your campaign and use it to make your candidate look more open and honest than the competitor.

While public records with finances and your candidate’s past are readily available from public sources, it is wiser to proactively deliver any controversial news to your voters and avoid your competitors or and yellow press to deliver the message for you. Leverage social media tools and marketing strategies to promote the air of transparency from day one.

To begin, build honesty and visibility right into your candidate’s marketing platform and message. For example, if reforming public services is a critical element of your candidate’s campaign, pivot to promote an anti-corruption message within the police force and government officials. Make your candidate stand out from the crowd, emphasizing their plans to clean up any existing chaos.

Using Snapchat to show off personal videos of children or promote their message in an innovative, funny way, may help your candidate break down traditional barriers between voters and the political system. Authenticity, delivered with a unique tone and style in every social media post, blog or message, is vital to channel distinctiveness and transparency.

One pitfall of social media in terms of transparency is social media mining for voters’ personal information. During the 2016 presidential primaries, The Guardian revealed Senator Ted Cruz had hired a firm to harvest information from tens of millions of Facebook users without their permission to offer more sophisticated voter targeting in his campaign.

The Federal Trade Commission has no jurisdiction over political campaigns, while the FEC has no privacy regulations, meaning that Cruz and his team did not break any campaign laws. Despite this, the average American is serious about protecting his or her privacy, which caused many to feel betrayed or uneasy that their personal preferences and information was being used without their knowledge.

As mentioned previously, the media has traditionally served as the government watchdog for any whiff of corruption or indecency. From the Watergate Scandal to Bill Clinton’s infidelities, they inform voters about essential, insider news into the political system that they would not be privy to otherwise. In light of this, your candidate’s relationship with the media is critical. A willingness to address rumors, issue statements and share various intel, can position you to be less likely targeted by the media.

The primary problem causing tension between the media and politicians today is the transforming nature of readership volumes and expectations. With print journalism quickly declining and the rise of the sensational 24/7 news cycle, media outlets must promote compelling stories regularly in order to capture and maintain their audience’s attention.

This comes to the crux of high fixed costs. Long-term investigative pieces require significantly more investment of resources than small-scale reporting jobs do. Meanwhile, the American electorate tends to be far more concerned with quick scandals and convoluted corruption cases than they do with a candidate’s long-term support of a particular cause, or legislative work to improve certain understated or less high-profile features of the community, such as urban housing or environmental reform.

What this means is, your campaign must carefully craft a narrative with the media and not give them any reason to sensationalize aspects of your candidate’s personal life or business dealings. If they have any scandals that could be uncovered, address them from the start, rather than make it look like your campaign was hiding something later on. This will go a long way with both the media and the voters, following the news. 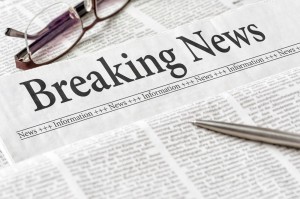 With a Master’s Degree in Political Management, you can be a catalyst for change in promoting transparency in the political sphere. The degree can equip you with the skills and strategies you need to be ready to thrive in the tough and uncertain political landscape. In this program, you will take a wide variety of classes, ranging from Campaign Strategy to Grassroots Engagement, which will take your political knowledge to the next level.

In the George Washington University Master’s in Political Management program, we encourage our students to move beyond political theory into campaign reality. Our classes and skilled faculty will aid you in your journey to political management success. For more details about how this online program can support you while you are already working in the political sector or before you decide to make a career switch, visit the George Washington University online.

Transparency in Politics and the Media

Transparency in the Media

Political Campaigns Are Spying on You, and There Are No Rules to Stop Them

The Importance of the Media to Elections

The Evolving Role of Media in Elections

The Turn Against Transparency in Campaign Finance