The Path to Becoming a White House Press Secretary

Public relations has been integral to the U.S. presidency from the start. After all, it’s the world’s most famous job and each president needs to convey their message to the American people to shape media coverage, establish credibility and win support for key priorities.

The White House press secretary is one of the most important roles in presidential PR, despite being a relatively recent creation. Let’s look at how the role emerged and what responsibilities it entails. 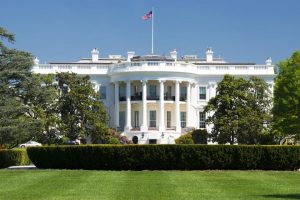 Some of the best-known aspects of the presidency, including ones related to PR, date back to its inception. For example, the classic title “Mr. President” originated as a savvy bit of PR, meant to contrast George Washington’s new position with that of a monarch who would possess a more formal title.

In those days, there were no White House press conferences (or even formal press secretaries), nor any concerted, multichannel PR campaigns. Flash forward to the administration of President Donald Trump, and PR strategy has come a long way. It is now more instrumental than ever to how the executive branch operates and is perceived by the public:

As we can see, the White House press secretary role is evolving to match the media environment and preferences of the public. To excel in the role, any PR professional will need a versatile set of skills as well as considerable experience in politics and in navigating multiple media channels.

The White House press secretary has a variety of potential responsibilities. These can vary considerably from one administration to the next, as the examples above illustrate. Some of the most common tasks entrusted to a press secretary include: 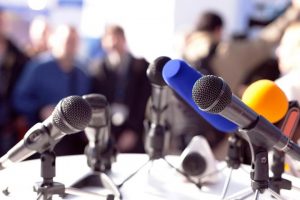 How to Become a White House Press Secretary

Why experience matters so much for becoming press secretary

Someone in this role will not only be closely aligned and familiar with the policies of the current administration, but also have the proven capacity to create, deliver and improve PR messaging related to them. Moreover, they must be capable of doing all of that while under the unique strain of being one of the most recognizable faces and voices of the administration. Experience in PR and the political sphere is essential to building such capabilities.

What type of degree is helpful for a potential White House press secretary?

There is no hard and fast requirement for a specific degree when aiming to become White House press secretary. However, some areas of study seem to be more helpful than others. Huckabee Sanders concentrated in political science and mass communications, while Spicer had a degree in government.

Other domains that can build the necessary connections and skills needed for the role include:

To learn more about the program and its curriculum, visit the overview page. You can also answer a few quick questions to receive a copy of our brochure with additional information.

How to Become a Better PR Professional

How to Begin a Career in Politics

Why President? How The U.S. Named Its Leader