The role of the Federal Election Commission

Running for national office costs money, and candidates — along with their campaigns — spent plenty of it in the 2018 midterms. According to the Center for Responsive Politics, political action committees, parties and outside groups spent a combined $5.7 billion, making it the most expensive election season on record. 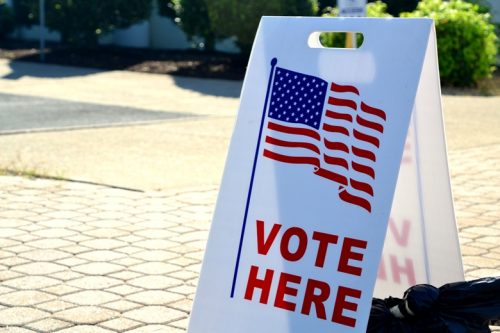 The Federal Election Commission is responsible for ensuring funds are raised and spent in accordance with the law. However, it is a fairly new entity for a nation nearing its 250th anniversary.

What is the FEC? When did it start? Who sits on the commission and how does it go about managing campaign finance laws? Several of the classes at the Graduate School of Political Management (GSPM) at the George Washington University address these questions. Obtaining a degree through the online master’s program can help you understand how the FEC works and why FEC compliance must be taken seriously, whether managing or contributing to a campaign.

When was the FEC founded?

Campaign finance laws were originally aimed to improve parity and level the playing field among candidates running for the U.S. House of Representatives, Senate or the Oval Office. The problem was there wasn’t an effective enforcement mechanism to ensure rules and regulations were followed.

That changed in 1971, when Congress packaged and amended some of the existing campaign finance laws into the Federal Election Campaign Act. The FEC was a product of this legislation, and opened its doors in 1975. Although an independent body, it consists of six commissioners appointed to their respective positions by the sitting president of the United States. The U.S. Senate must approve the membership by majority vote, and it must have an equal representation in terms of party affiliation.

As a unit, the FEC is charged with enforcing campaign finance laws and making the appropriate administration modifications should rules be amended by lawmakers.

What led to the FEC’s creation?

The electorate is a tapestry of people, small businesses and major corporations, all with desired goals and interests that may be realized through policy. Due to the nature of the free market, some interests may have more resources available to them than others and take advantage of it by donating large sums of money to political parties and candidates. According to its official website, the FEC was largely the brainchild of President Theodore Roosevelt, who aimed to limit campaign contributions from large donors and increase transparency. The first commissioners were sworn in on April 14, 1975, at the White House during the presidency of Gerald Ford.

For the most part, the FEC’s charter is in line with what a majority of Americans want when it comes to running for office. According to a recent survey conducted by the Pew Research Center, approximately 77 percent of respondents believe limits should be placed on how much individuals and groups can spend toward campaigns. Close to two-thirds further contend that new laws could be implemented that would make money less of a deciding factor in election outcomes.

What are some important considerations pertaining to campaign finance laws?

The FEC maintains a large compendium of campaign finance laws. More than 200 pages long, it goes into extensive detail regarding what characteristics define a political action committee, or PAC, political parties, principal campaign committees as well as dollar limits on contributions. These amounts largely depend on who’s making the contributions and where they’re directed, such as to the candidates or PACs that may raise funds on candidates’ behalf.

They’re also a function of whether the election is state or federal and the elected position. As noted by the Center for Responsive Politics and the National Conference of State Legislatures, an individual may donate no more than $2,000 to each candidate or candidate committee running for federal office per election. However, the amount may be more than this if the contribution is for a gubernatorial election or to a PAC.

Corporations also have restrictions, some more stringent than others. Twenty-two states bar corporations from contributing directly to candidates’ campaigns. Others, though, don’t impose the same limitations. They include Missouri, Nebraska, Utah, Oregon and Virginia.

How have campaign finance laws changed?

Laws are subject to change, and perhaps nowhere is this more evident than in electoral politics. In fact, corporations were granted more protections after a case — Citizens United v. FEC — went to the Supreme Court. Free speech proponents argued that banning corporations from donating to campaigns violated the First Amendment. In a 5-to-4 decision, the court agreed, which led to some of the protections that corporations now possess in the political contribution arena. 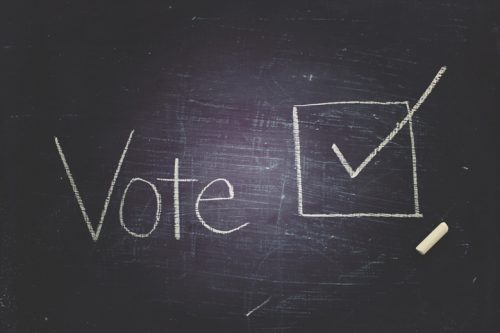 The court’s decision was somewhat controversial, given that 74 percent of respondents in the previously referenced Pew poll believe major political donors should not have more influence than others. Critics contend that organizations with deeper pockets have more sway. Citizens United is discussed in greater detail in the GSPM curriculum. Campaign finance law is a major component to running for office or managing a campaign that can be complicated to wade through. The Graduate School of Political Management at GW makes it easier to comprehend. Through courses such as Fundraising and Budgeting, Rules, Laws, and Strategy as well as Campaign Strategy, you can gain a richer understanding of how politics works and whether you see a future for you in the nation’s capital or a political enclave closer to home. Download our free brochure to learn more.

The electoral politics (specialization): What you can learn
Are you ready for the 2020 election cycle?