The rules governing who can contribute to campaigns and how

When it comes to voting, people have at least two ways of making their voices known: with their feet and with their wallet. Americans did plenty of the latter during the midterm elections. According to the Center for Responsive Politics, 2018 was the costliest on record, with donations totaling more than $5.7 billion, much of which went toward candidates, committees and political parties. 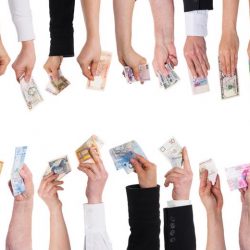 Money has always been a component of electoral politics. The Federal Election Committee serves as an oversight body to ensure money spent is properly used and raised. Over the years, however, there have been a number of changes that govern how much money people and businesses can contribute to and when. Additionally, just as elected offices run the gamut, the amounts that individuals, businesses and corporations can spend differs.

Campaign finance laws dictate what these rules are, many of which can be quite confusing even for political junkies. They’re important to understand if you intend to run for office or serve in an official campaign capacity.

That’s where the Graduate School of Political Management can help. The online master’s program at George Washington University is a comprehensive, 36-credit-hour discipline that delves into what it takes to run a campaign and the key principles that students need to know on the campaign trail. These courses are grouped into the core courses and three clusters or specializations that provide context and practicality to abstract concepts. For example, campaign finance laws are addressed in several classes, including Fundraising and Budgeting, Rules, Laws, and Strategy as well as Grassroots Engagement.

This article will touch on some of the basics as they pertain to campaign finance law, answering key questions like who can contribute to campaigns, how corporations can participate, as well as what lawmakers are doing to implement potential reforms. In short, the following will serve as an appetizer to the main courses found in the GSPM curriculum.

Who can contribute to political campaigns?

The 2018 midterms resulted in tens of thousands of contributions from Americans, all hoping to see the people who represent their viewpoints speak for them. Approximately $1 billion came from individuals contributing small amounts, according to the Center for Responsive Politics, a sharp jump from the $641 million in small donations during the 2014 midterms.

The Federal Election Campaign Act dictates how much private persons — i.e. non-business owners — can contribute for federal elections. The sanctioned amount, in part, depends on where the funds are directed. For example, $2,800 per individual and per election can go toward a candidate committee, according to the FEC. But if the money is for a political action committee, the maximum for individual donors is $5,000 per year. If the contributions are toward national political committees — such as the DNC or the RNC — the donation ceiling is $35,500 per year.

Generally speaking, individuals have a good amount of latitude. The same cannot be said for business owners, as the rules are more stringent. As noted on the FEC’s website, campaigns are barred from accepting contributions from corporations (including nonprofits), partnerships or limited liability corporations. There are a few exceptions to this. For example, if an LLC can establish that it’s not a corporation through its tax documentation, they are typically able to put money toward candidates and/or committees. The same goes for partnerships.

Bottom line: Corporations are subject to the most restrictions for campaign contributions.

Are corporations entirely disallowed from donating?

There are, however, some exceptions that allow for corporate donations, but organizations must do the necessary legwork to ensure compliance. They’re unable to give money directly to a presidential campaign, but they can contribute if the money goes toward a Political Action Committee (PAC). PACs have been around since the mid-1940s and can contribute as much as $5,000 to a candidate committee per election cycle and $15,000 if the money goes toward a national party campaign. However, the funds have to be raised privately, and once PACs are formed, organizers must register with the FEC. Several well-known organizations have formed PACs over the years, including the National Association of Realtors, National Auto Dealers Association and the National Air Traffic Controllers Association. The Center for Responsive Politics details how much money these and other PACs have given to candidates and political parties over the years — amounts that have steadily increased since the 1990s.

Where does the public stand on campaign donations?

Political donations have been a topic of considerable debate, even prior to the formation of the FEC and the Federal Election Campaign Act that governs how campaign funds can be used and raised. Some contend that money has no place in running for office, while others say it’s a protected form of free speech and ought to be treated as such.

Similarly, candidates across the political spectrum have different takes on campaign finance laws and what money they accept. During the 2016 presidential election cycle, several individuals running for office noted where most of their donations came from to increase transparency. During the 2018 midterms, itemized donations for Senators Kirsten Gillibrand of New York, Elizabeth Warren of Massachusetts and Tammy Baldwin of Wisconsin all came from women, according to Center for Responsive Politics. Individual donors are increasing in number, with 22 percent of registered Democrats donating during the 2016 election and 10 percent of registered Republicans, based on a poll from the Pew Research Center. 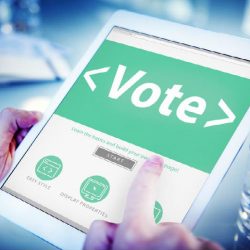 Political analysts say that changes to campaign finance laws have led to more individual contributions, but efforts are still underway on Capitol Hill to reduce the influence of big-dollar donors. Sponsored by Democratic lawmakers, the For the People Act aims to increase transparency by requiring 501(c)(4) nonprofits to publicly disclose those who contribute more than $10,000. Failure to do so would result in campaign finance law penalties.

Running a campaign can be a major financial undertaking, but it can be less daunting when you know the rules of play. The GSPM curriculum can serve as your instruction booklet. Visit the program website today to see more particulars about course descriptions.