The use of native ads on the campaign trail

Reduced readership. Shrinking circulation. Dwindling advertising revenue. The combination of these factors has the newspaper industry facing an existential crisis. In fact, since 2004, close to 1,800 community newspapers have folded, The Wall Street Journal reported from a university study.

This reality has newspapers around the country ― both local and national ― looking for additional opportunities to turn a profit. Native advertising has helped them make ends meet. In fact, in 2018, projected spending on this form of information dissemination totaled $33 billion, according to eMarketer, a 31% surge from a year earlier and up 64% compared to 2016. 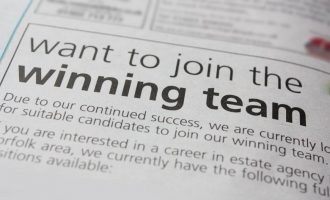 The growth in native advertising has, in part, been fueled by political campaigns, as aspiring lawmakers ― as well as those running for reelection ― have successfully used this method to reach out to their base.

What is native advertising? To what extent are politicians turning to it? Why is it a source of criticism in certain circles? These answers and more are examined within the Graduate School of Political Management at the George Washington University. Through courses such as Audience Research, Fundraising and Budgeting, as well as Digital Strategy, students will learn about the various ways in which campaigns and political parties engage their potential constituency so they can win elections and drive policy. Native advertising is one of the newer forms of outreach that has enabled incumbents and their competitors to remain in the public eye.

What are native ads?

At their core, native ads aren’t too different from standard advertising, in that they’re paid for by sponsors to promote a certain stance, cause or purpose. What makes them unique is how they’re packaged, as they’re inserted into newspapers in such a way as to make them resemble actual news content when in reality they’re sponsored advertising. Disclaimers, however, must be inserted to make it clear the content is paid for. Facebook, Twitter as well as news organizations like Buzzfeed have all used native ads, and in 2018, approximately 75% of all display advertising on mobile devices like smartphones and tablets were native, according to eMarketer.

How do native ads work?

Buzzfeed was something of a trendsetter in the native advertising space when, in 2015, the company announced it would produce political advertisements on behalf of office-seeking candidates running in the 2016 primary election. It had already done so in 2012, developing a video for then-President Barack Obama, who was running for re-election against current Utah Sen. Mitt Romney. Political action committees, 501(c)(3) charitable organizations and political parties have all made use of native ads, which work by resembling the look, feel and tone of what would be found in an ordinary newspaper article, but they are actually selling something. In the political sphere, that something is a perspective or point of view.

While native ads have proven effective — the amount of money spent on them being evidence enough — they’re not without their critics, many of whom believe that the messages can come across as newspapers supporting a candidate when the fourth estate is supposed to be apolitical. Even though disclaimers must accompany the promoted message, some believe that these disclaimers are difficult to distinguish from hard news. A 2016 survey by Contently, a marketing solutions firm, found that 60% of respondents distrusted websites and news organizations that published native ads, feeling as though they were packaged in a misleading way.

This issue came to a head in 2014, when the National Advertising Division publicly criticized content recommendation services firm Taboola for not distinguishing native ads forcefully enough, The Wall Street Journal reported. Organizations like the Better Business Bureau advised Taboola to make certain modifications in how native ads were portrayed, to which the company complied.

Taboola CEO Adam Singola told the WSJ he was happy to make the necessary adjustments for the sake of transparency, but noted that competitors weren’t as forthcoming. “My hope is that other companies that compete with us will make their [paid links] clearer, because some companies do nothing,” Singola said. 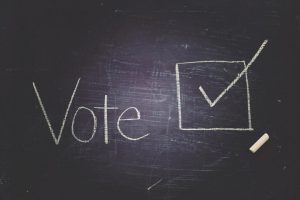 Given the explosion in native advertising, oversight agencies such as the Federal Trade Commission have been in catch-up mode. However, in 2013, the FTC made some amendments to guidelines on online advertising that have since informed their recommendations on native ads, noting at the time that sponsored content had to be adequately labeled “as specifically as possible” to differentiate it from standard news information.

Recognizing the potential conflicts of interest, the Federal Election Commission has also made some updates regarding the manner in which political campaigns can use native ads so consumers can more easily recognize the distinction between what is paid advertising and what isn’t. Even here, though, certain loopholes can be exploited. As noted by the Southern California Law Review, the FEC allows for situations in which the necessary disclaimers may be impossible or impractical to add due to spacing or size limitations. These exceptions have led major native advertising players, like Google and Facebook, to question why they should be forced to make the proper classifications when certain situations allow for a free pass.

What are some of the challenges and opportunities of native ads for political campaigns?

While the unobtrusive quality of native ads has given rise to their popularity, it may also be their downfall in the political campaigning sphere. Surveys show that of all the qualities Americans want from their representatives, honesty and integrity top them all. So if native ads come across as deceptive or insufficiently differentiated from regular news content, this may serve as a turn off to undecided voters. Therefore, campaigns may need to tread cautiously when on the campaign trail, ensuring that the same methods they use to get people to join their cause don’t wind up sabotaging their efforts.

Native ads is just one of many topics discussed at length in the online Master’s in Political Management program at GW. Rules, Laws and Strategy delves into the many ethical and strategic considerations campaigns make every day to gain ground when using the electronic media to appeal to the masses. Visit the program page to learn more on how the program can help you gain these insights.

Recommended reading:
How social media monitoring and listening can help your public affairs efforts
The rules governing who can contribute to campaigns and how