What aspects define a private foundation?

The Graduate School of Political Management at the George Washington University has provided students with the skills to enter a wide variety of fields both inside and outside of electoral politics. One nonpolitical area for employment is the nonprofit sector, particularly public charities and private foundations. From healthcare to childcare, disaster relief to human rights, these groups are responsible for the growth and development of a host of worthy causes, channeling the funds needed to solve some of the world’s most vexing problems. 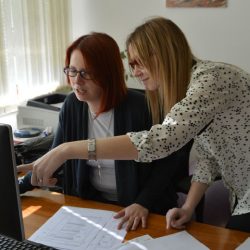 While private foundations and charities have many things in common and often work toward similar ends, their means differ. For example, while both are tax exempt, the qualifications that make this status possible aren’t the same, as private foundations are structured differently.

What do private foundations entail? What makes them different from public charities? What role do they play in the nonprofit sector and what aspects of the online political management program enable students to succeed in private foundations? The following should provide greater clarity.

What is a private foundation?

Some of the better-known private foundations that have these structures include the Bill & Melinda Gates Foundation, Howard Hughes Medical Institute and Robert Wood Johnson Foundation. As noted by the Foundation Center, just about every charity starts out as a private foundation in the eyes of the IRS. It attains public charity designation once it’s able to establish a few basic benchmarks. These include that the funds it raises are directed toward activities or causes that serve the public good and that at least 33 percent of its operating income derives from contributions.

Similar to public charities, private foundations serve the public interest in many forms, be it environmental protection, animal rights or civil rights. Over the previous five years, approximately 44 percent of growth in funding has gone toward human rights. Between 2011 and 2015, private foundations accrued more than $2 billion for human rights causes, up from $1.4 billion. Funding for health and well-being protections also rose sharply, up 77 percent over the same period to $257 million from $145 million.

What’s the difference between non-operating and operating foundations?

It’s the degree to which a foundation’s funding goes toward these activities that helps determine whether they’re non-operating or operating. As the title implies, non-operating foundations work behind the scenes, making grants and awarding scholarships but typically don’t run the charitable activities themselves. They are permitted to do so, however, according to Foundations Source. Operating foundations not only take the lead in these activities, but are required to put at least 85 percent of their investment income toward these programs to be considered operating.

Since public charities vastly outnumber private foundations — there are over 1 million of the former in the U.S. compared to only 90,000 of the latter, according to the National Center for Charitable Statistics — charitable organizations often seek public status because they have greater latitude to raise funds.

But running or working for a private foundation has its perks as well. Chief among them is greater autonomy. By law, public charities must have boards of directors and be sufficiently diversified, meaning the members can’t be related to one another by marriage or blood. Private foundations, on the other hand, have greater leniency in terms of governance and how their assets are spent. There’s also no limit as to how much of their revenue must come from donations, unlike public charities, because funding typically derives from one source.

What aspects of the political management program translate to leadership roles in private foundations?

Private foundations serve as financial and social support systems for public charities, which are often charged with leading various charitable activities and campaigns. Private foundation leadership must therefore be equipped with the proper tools to further these goals. Management expertise — in all its forms — can help. Several of the classes in the GSPM curriculum home in on management, such as Fundamentals of Political Management, Principled Political Leadership as well as Fundraising and Budgeting in the Applied Proficiencies cluster/specialization.

Because private foundations have limitations in terms of where their funding comes from, leaders must think critically to come up with strategies that will enable them to access the funds that help to champion various causes. Fundraising and Budgeting touches on practical accounting procedures that can help students better understand where and how to allocate funds so nothing gets missed. 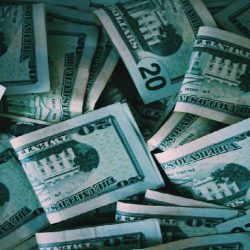 The Advocacy Politics cluster/specialization can also be leveraged for careers in the nonprofit sector generally and private foundations in particular. Funding and advocacy  work in tandem to help charitable organizations. Through courses such as Issues Management, Grassroots Engagement as well as State and Intergovernmental Politics, students can gain the knowledge and insight they need to further foundational goals and the roles they serve in concert with public charities.

Working for a private foundation can be immensely rewarding and fulfilling. The online curriculum at GW can supply you with the proficiencies and connections that can help you make a difference in the global and domestic causes that charities champion. Download our free brochure to learn more.

Recommended reading:
How to catch and keep contributors: A practical guide to fundraising
5 strategies to boost your fundraising efforts