What Both Candidates Did Well During the 2016 Presidential Election 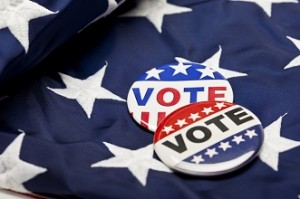 This was a hard fought campaign on both sides where neither candidate was without their fair share of controversies. From Trump’s comments about women and minorities to Clinton’s ongoing federal email investigation, this past 2016 election season was certainly one to remember. While there is plenty to learn from the numerous mistakes each candidate made during the course of their campaigns, there are areas where each Clinton and Trump did well. Pushing aside issues of voter turnout and political biases, here is what each candidate excelled at during the 2016 presidential election:

When compared to an outsider like President-Elect Trump, early on, Clinton seemed to be a strong contender – if not the only one – in the race for the presidency. Even in the final days of the presidential race, polls showed a path for clear victory for Clinton, while everyone from major news outlets to comedian talk show hosts predicted a Clinton victory. Despite this, Clinton lost the Electoral College and conceded the race. As a political veteran and former first lady, Clinton brought years of experience to the table and performed fairly well in states she was projected to win. While there are many other areas where Clinton did well, here are two areas where she succeeded the most:

In the last few weeks of the political race, Clinton’s team created some of the most effective advertising messages of the entire 2016 election campaign. When she stepped away from the traditional negative attack ads that have become so common during any election season, she turned to using Trump’s own statements to juxtapose them against the background of the American people whom his comments affect.

The New York Times wrote about how her team created multiple advertisements that showed how some individuals responded to his attacks against young women, veterans and young children. Instead of simply listing off Trump’s negative attributes and showcasing Clinton as the preferred candidate, she released visceral, well executed ads that appealed to people’s emotions, rather than their political leanings.

Her “Mirrors” ad, for example, showcased young children heavily scrutinizing themselves in their mirrors while many of Trump’s colorful and derogatory comments about women played in the background. Rather than say that he has insulted women, Clinton’s team used Trump’s own voice to showcase his failings, while emphasizing who will feel the real impact behind his comments: young women.

While Trump dominated his opponents during the primary debates, once Clinton and Trump faced each other on the main stage, Clinton emerged as a fairly clear favorite for each of the three debates. Whether it was her vast political experience or Trump’s lack of preparation, Clinton’s cool and collected demeanor contrasted greatly with Trump’s overly aggressive and somewhat disjointed approach.

Throughout each of the debates, Clinton carefully asserted her message and provided detailed answers for any questions the moderators threw her way. Even when Trump interrupted her or brought up tough issues such as her hearing before Congress about Benghazi or the email scandal, she remained calm and thoughtful.

President-Elect Trump is far from the most conventional political winner. Due to his reality television and business backgrounds, along with his checkered personal history, many political analysts are still reeling after a clear Trump presidential victory. While he might lack the traditional political acumen and well-groomed nature of other political candidates, his platform appealed to a wide range of Americans. Though there is plenty to not learn from Trump’s campaign, as the winner of the 2016 presidential election, here are two key areas where he did well:

Trump is neither a traditional right-wing conservative, nor is he a moderate center Republican figure. Instead, he offers a hodge-podge of right-leaning political ideas for voters who are tired of the same-old political system. Many voters supported him because to them, he represented the anti-establishment views in a candidate that they had been waiting to follow. Instead of bending to the wills of Super PACs and big business like many other Republican and Democrat contenders, Trump’s team created a political platform that showcased an outsider “going rogue” and seeking to reform the system.

Although The Washington Post points out that there are real discrepancies between how Trump says that he is anti-establishment and how his political appointments and political goals vary from these statements, this disconnect almost doesn’t even matter. Die-hard Trump supporters view him as a strong figure who will bring jobs back, reform the political system and protect them from outside forces. It is this particular anti-establishment platform that won over so many supporters and ultimately, the election.

While many of his political opponents cited his unconventional rhetoric as one of the most crippling factors of his political campaign, it actually may have worked to his advantage in certain aspects. Even when his support began to wane in regards to skeptical voters and the rescinded support of major Republican Party members due to the surfaced 2005 recorded tapes where he bragged about taking lewd actions against women, he apologized and rebounded. While the media increasingly viewed him as a buffoon who could not control himself from making outrageous statements, Think Progress actually wrote back in March that Trump was one of the most “effective practitioners of persuasive rhetoric the political world has seen in a long time.”

Why is this the case? In the article, the reporter cites a passage from Aristotle’s “Rhetoric,” which reads, “An emotional speaker always makes his audience feel with him, even when there is nothing in his arguments; which is why many speakers try to overwhelm their audience by mere noise.” At Trump’s rallies and during his speeches, he exemplified this “larger than life” persona. This bravado encouraged his followers – and even his skeptics – to join him in the Trump phenomena.

Where Clinton triumphed in the debate arena, Trump’s supporters enjoyed his “everyman’s” way of speaking. His audiences did not feel like he was talking down to them like other more established political candidates seemed to do. With his rhetoric, he made people believe that he was one of them.

A Master’s in Political Management at the George Washington University can teach you the strategies behind successful political campaigns and help you build a career path toward your political goals.

Sources:
In Visceral Ads for Hillary Clinton, Donald Trump Does All the Talking
Why Hillary Clinton Lost
The Big Issues Of The 2016 Campaign
5 Things You Need to Know About the Coming Trump vs. Clinton Showdown
7 Reasons Donald Trump Won The Presidential Election
The Polls Missed Trump. We Asked Pollsters Why.
How Hillary Clinton Won the Popular Vote but Still Lost the Election
Clinton heavily favored to win Electoral College: poll
Donald Trump May Sound Like A Clown, But He Is A Rhetoric Pro Like Cicero
Trump recorded having extremely lewd conversation about women in 2005
Clinton Keeps Her Cool