What Can PR Professionals Learn from the White House Press Briefings?

White House press briefings are a unique feature of the U.S. political system. As daily televised events that are on-the-record and attributable to a specific individual(s) in executive leadership, they have no exact parallel in other democracies. They are not required by law, but every administration since the 1880s has followed tradition by conducting them to respond to inquiries, refine the White House’s public relations strategies and tactics, and shape the day’s news coverage.

These two incidents demonstrate the diverse potential PR functions of White House press briefings. They can run the gamut from crisis response (in Garfield’s case) to re-branding and image management (despite the controversy, Cleveland was reelected to a non-consecutive term). 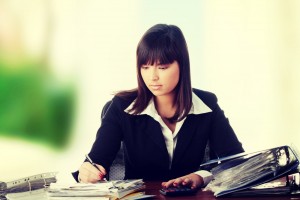 The briefings are also useful blueprints for today’s PR professionals to study because they feature experienced and talented communicators operating within the uniquely high-stakes environment of the U.S. Presidency, in which crises are common and public perception is mission-critical. So what specific lessons can the PR world learn from how different White Houses have managed the press?

Ronald Reagan was nicknamed the Great Communicator, and his experience as a former Hollywood actor and PR rep for General Electric helped his administration project a consistent image of economic optimism and military strength across TV, radio and print media. However, his two terms in office were also filled with many PR challenges that did not always end to the White House’s advantage. Some of the PR lessons from his administration include:

Tax reform has been a signature cause of the American conservative movement for decades, but among GOP presidents only Reagan has enacted fundamental change to the tax system. PR framing was a major ingredient in this success. The Reagan White House used a combination of appeals to positively viewed concepts such as “free enterprise” and “free markets,” along with statistical modeling from supply-side economics to project the effects of tax cuts, to make its case in press briefings, joint sessions of Congress and TV speeches.

This approach helped support a compelling PR story about returning the country to its state before the Great Depression and the New Deal. At the same time, the administration established itself as an authority through its use of official-seeming charts and figures such as the Laffer Curve. Reagan’s multiple televised addresses on the subjects were reinforced by this larger storytelling arc.

… but avoid confusion about who is in charge

One of the most infamous press conferences of the administration occurred in early 1981, in the aftermath of an assassination attempt. Secretary of State Alexander Haig hastily told the assembled White House press that he was “in control,” despite the fact that his office was behind three others in the presidential line of succession. The incident stoked confusion about who was directing crisis response and fulfilling Reagan’s responsibilities while he was hospitalized.

It also foreshadowed a later crisis, the Iran-Contra affair. Surrogates such as Attorney General Edwin Meese, rather than the president himself, handled much of the press inquiries during this scandal. The mixed messaging and unclear responsibilities of the individuals involved in Iran-Contra contributed to sustained poor PR and a sharp decline in Reagan’s approval ratings in early 1987.

Bill Clinton began the practice of having press secretaries, instead of presidents, hold most daily live televised press conferences. This larger role for the press secretary during his administration freed up time for the president, but also put his key PR messaging in the hands of White House staff and officials.

The messenger is often the message

A PR response is often only as effective as the person leading it, a lesson the Reagan administration learned the hard way during the Haig incident. The Clinton White House had better luck overall, and it needed it in light of the multiple controversies and political headwinds it had to navigate over two terms.

For example, during the Whitewater scandal, First Lady Hillary Clinton took the unusual move of holding a press briefing herself in the White House to take questions about the investigation. Her performance was generally well-received, and it may have contributed to the short half-life of Whitewater as both a political and PR headache for the administration.

The shift to daily televised press briefings began not long after the 1994 midterm elections, when Clinton’s party suffered major electoral setbacks. It also coincided with Clinton himself co-opting some of the messaging of his rivals, such as when he memorably declared “The era of big government is over” during the 1996 State of the Union address.

Through a combination of updated political messaging, more prominent White House press briefings and a generally favorable economy to point to, the Clinton administration turned around the bad PR that plagued it during its early years. By 1999, Clinton had reached 70 percent approval in the Gallup tracking poll, nearly double his low point during his first term.

Daily press briefings, often marked by confrontations between reporters and the Press Secretary, have been a defining feature of the Trump White House from day one. Perhaps no administration has raised such fundamental questions about what the relationship between the White House and the press should entail, at least since the Cleveland administration initiated them in response to scandal coverage.

Press Secretary Sean Spicer and the other White House officials who have sometimes delivered the daily press briefings have often struggled to keep pace with rapidly changing information. The removal of FBI director James Comey in May 2017 was a case in point, with Spicer seemingly unprepared to defend the decision.

Subsequent comments – about who authorized the firing (the White House or the Department of Justice) and whether executive privilege might be invoked to stop Comey from testifying – only heightened the confusion about the trustworthiness of the White House. Similar issues have emerged around the status of the American Health Care Act, which like the Comey episode, has attracted negative PR and suffered from a lack of consistent messaging to improve its reception among the public.

Aggressive PR initiatives can be hit or miss

That said, the Trump administration has had some successes in building PR narratives to its benefits. Its constant, strong rhetoric about performing a “rescue mission” for the Affordable Care Act and saving it from “collapse” were enough to get a version of the AHCA through the House of Representatives in May 2017, despite a called-off vote that March. The Trump White House set this aggressive tone with its PR from the outset, when Spicer used blown-up photos of the inauguration crowd during a press briefing to push back against the fact that attendance at the event was historically low.

Along similar lines, Spicer has also become famous for practices such as saying the word “period” to give a sense of authority and finality to his statements on a wide range of controversies affecting the administration. But Spicer’s correctness in some instances – e.g., about the tenuous position of former National Security Adviser Michael Flynn – has been offset by him seeming out of the loop on others. While a highly active PR stance has been a consistent feature of the Trump White House, since Jan. 20, 2017, its efficacy has varied significantly depending on the underlying facts, the communications channels used and the ability to project a uniform message in each situation. 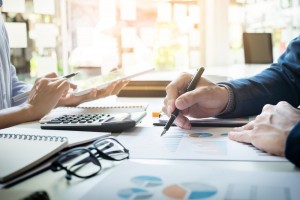 Current and aspiring PR professionals can learn a great deal from the annals of White House press briefings. A Master’s Degree in Strategic Public Relations can provide the additional skills and experience necessary for a fulfilling career in PR. Learn more by visiting the main program page today.

Recommended Readings:
How Should Trump’s PR Team Handle the Negative Features of the “Trump Effect”?
PR in 2016

Sources:
How Hillary Clinton Fared the First Time She Was in the Hot Seat
A Beltway tradition is on life support. Will we miss the White House briefing if it dies?
Why do we even have White House press briefings?
The Assassination of President James A. Garfield
How the Reagan White House Bungled Its Response to Iran-Contra Revelations
RONALD REAGAN
Donald Trump Wouldn’t Be the First President to Rethink Press Briefings
White House Honors Former Press Secretary Brady
POLL SHOWS REAGAN APPROVAL RATING AT 4-YEAR LOW
Presidential Approval Ratings – Bill Clinton
After Trump fired Comey, White House staff scrambled to explain why
Spicer tussles with reporters after Trump’s foreign trip
Spicer: Trump has confidence in Comey