What are Lobbyists and What Do They Do?

What if you could enter the world of political campaigning without ever being an official member of any political campaign? You can with a lobbying career, a profession that is well within your reach with an online master’s degree in political management from the Graduate School of Political Management (GSPM) at the George Washington University.

Even if you already have a bachelor’s degree in political science, or perhaps served as a legislative intern for elected officials at state and federal levels, you may not know exactly where lobbyists work. You may have even asked yourself “What does a lobbyist do?” Several of the courses within the GSPM curriculum — specifically the advocacy politics cluster — touch on this subject and explore how lobbyists can influence legislative issues through the subtle art of persuasion. From writing letters to scheduling meetings with senators through their congressional staffers, lobbyists are in the business of influence. 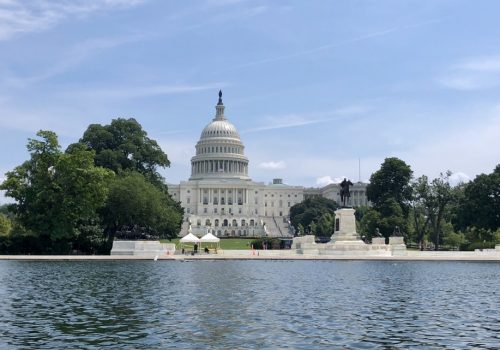 You can learn more about some of the certification requirements and how lobbyists fit into the legislative process by pursuing a master’s degree at the GSPM. The following is a brief overview of a lobbying career, what they earn and how to become a lobbyist.

What does a lobbyist do?

Like so many other jobs in politics and many other industries, it’s difficult to say exactly what a lobbyist does on a day-to-day basis. Much of it depends on the time of year, such as if it’s an election year or if an important piece of legislation is being considered for debate in Congress. In either of these situations, a lobbyist may spend much of their time making phone calls, writing letters and arranging meetings with politicians to discuss what can be done to further a specific cause, asset or resource.

However, from a more general, high-level perspective, a lobbyist’s chief assignment is to advocate for a particular interest group, company, corporate entity or some other official organization. Since policy is typically only enacted through the legislative process, lobbyists spend much of their time rubbing shoulders with lawmakers on Capitol Hill. If a bill that affects a lobbyist’s organization is up for consideration in a committee or for general debate, they may spend their time listening to the debate to see where things stand on the issues being discussed. They can then use this as context for how to proceed with their efforts in support or against a bill. Their effectiveness may hinge on presenting certain facts and figures that corroborate why their take on the issue is best for all parties involved. This means a portion of their time is devoted to research, reading and obtaining data that is both compelling and convincing.

Here are a few other roles and responsibilities of lobbyists:

In short, lobbyists are in the business of campaigning, only for causes and positions rather than people or parties. Who they primarily communicate with may depend on the type of lobbying they perform. For example, while direct lobbying primarily involves meeting and interacting with legislators, indirect or outside lobbying enlists the help of the community to galvanize a more grassroots effort. 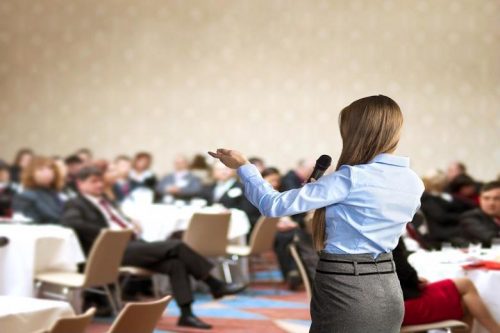 How do you become a paid lobbyist?

Just as there’s a difference between an inside and outside lobbyist, there are unpaid and paid lobbyists. Those who aren’t compensated typically work on behalf of a charitable organization or nonprofit as engaged, civic-minded citizens. As such, there may not be many rules in place for what lobbyists must do to satisfy certain state requirements.

For paid lobbyists, there are regulations that vary by state. For example, as detailed by the National Conference of State Legislatures, all 50 states stipulate professional lobbyists must file registration papers. They also may require an annual fee, but that isn’t always the case. Lobbyists who work for a private entity must pay $100, but that fee is waived if they’re a public employee.

In states like Connecticut, registration is only required if they’re paid or spend $3,000 or more on “lobbying activity.” Here as well, what’s considered lobbying activity isn’t clear cut, nor is who may be considered a lobbyist.

Alabama defines lobbying as “the practice of promoting, opposing or in any manner influencing … the introduction defeat or enactment of legislation before any legislative body.” But a lobbyist under Alabama law is someone who may be one or all of the following, according to the NCSL:

However, in California, the rules are slightly different, because a lobbyist in the Golden State is anyone “who receives $2,000 or more in economic consideration in a calendar month other than reimbursement for reasonable travel expenses … for the purpose of influencing legislative or administrative action.”

What a lobbyist does not include in California is:

The rules are complex from one state to the next, and as a result, there is no hard and fast rule as to what is entailed. It all depends on the rules in place in a given state and what each state considers a lobbyist and defines as lobbying. The NCSL has a comprehensive listing for what’s involved at its website. Some of this information may also be discussed in the advocacy politics cluster at the GSPM, in particular, the three-credit course State and Intergovernmental Politics.

How much do lobbyists make?

Just as there’s no official roadmap to how to become a lobbyist, the same can be said for how to become a well-paid lobbyist. A lot of it involves connections and working your way up. Jimmy Williams, who hosts a podcast called DecodeDC for the Scripps Washington Bureau, worked as a lobbyist for six years. In a recent piece he wrote for Vox, Williams noted that he started out as an unpaid intern in the U.S. Senate and “rose through the ranks,” moving from intern to a position as a staff director for a senate banking committee. He then took the tools and methods he learned in civil service and brought them with him when he applied to work for a lobbying firm.

According to data collected from the Center for Public Integrity, a lobbyist salary can run well into the six figures, but the ability to reach this income level is largely contingent on the lobbying organizations in question and what they charge. It’s not uncommon for firms to pay hundreds, if not thousands, of dollars per hour to their clients, which may include private universities, corporations or public entities.

In 2019, total spending on lobbyists in the U.S. topped $3.5 billion, according to the Center for Responsive Politics. Through 2020 thus far, total lobbying spending is $1.7 billion. The industries that have spent the most since January include pharmaceuticals, electronics, insurance, oil and gas, and business associations.

How do you become a successful lobbyist?

A career as a lobbyist requires leveraging a combination of hard and soft skills, and building upon them through hard work and dedication. If you have a way with words and excel at communicating your ideas in a compelling way, working as a professional lobbyist may be the ideal position for you. Whether you’re fresh off completing your bachelor’s degree or are considering a career change, an online master’s degree in political management can get you well on your way toward achieving your goals.

Find more details on the curriculum and what some former students have done with their degree by visiting the program page.

Recommended Reading:
Managing Controversy in the Political Arena
6 Careers You Can Pursue with a Master’s in Political Management