Fundraising might not be everyone’s favorite topic on a political campaign, but it is possibly one of the most important ones to consider. While candidates might prefer making speeches and taking on their opponent, they wouldn’t stand a chance without fundraising. Political fundraisers are responsible for keeping a campaign moving toward the finish line. The money these individuals raise funds everything from the fliers volunteers hand out to television ads. Essentially, fundraisers are the engine of a successful political race.

Do you crave an independent work environment where you are free to make your own decisions and respond to situations creatively and responsibly? Maybe you value relationship building and supporting your team in a non-competitive manner? Perhaps you are an overachiever who feels the best when you are able to use your skills in a fast-paced, high-energy work setting? If you answered yes to any of these questions, you might have what it takes to become a political fundraiser. Read on to find out more about this dynamic and quickly growing career path.

What does a typical day for a fundraiser look like?

You’re probably familiar with the general idea of what a fundraiser does, such as organize events to bring in money for the campaign or solicit money from potential donors. While these are necessary parts of the job, there is much more that an effective fundraiser does to keep his or her team afloat financially. Fundraisers’ primary tasks on any given day might include writing letters of thanks to repeat givers, developing fundraising strategies or building relationships with potential donors, according to O*NET OnLine. They also may be involved in producing promotional materials or reorienting the team toward its goals, depending on their position and the size of the campaign.

Other daily responsibilities may include creating financial or business plans, maintaining financial data in a secure database, supervising a team of employees, monitoring financial indicators, coordinating recruitment activities, preparing financial documents, examining financial records and gathering relevant information for future fundraisers. For those who are good with interpersonal communication, there may also be plenty of opportunities to work directly with the public or form relationships with individuals inside and outside the campaign or organization.

What types of skills and knowledge are required?

Most fundraisers must excel in complex problem solving, persuasive techniques, active listening and social perceptiveness, among many other abilities. When it comes to actual skills needed, however, this varies depending on the campaign and position. For example, as a chief fundraiser on larger campaigns, you may need good management skills to effectively run a team of staffers, while also possessing advanced subject-matter knowledge to act as an effective liaison to everyone from the candidate to the political advisor to donors.

Meanwhile, on a smaller campaign in the same role, you may fill many roles and need skills and knowledge in a wide range of areas, including marketing, communications, copywriting, administration management and customer service. Instead of just being responsible for fundraising, you may need to perform a variety of tasks to keep your team moving. Despite the fluidity of the role depending on the campaign or position, the primary objective remains the same: fundraising. You will always be responsible for keeping donations rolling in and keeping spirits up about the current financial situation.

As the world becomes more technologically centered, so does the field of fundraising. With this in mind, it’s wise to also be up-to-date on the latest CRM , database reporting and desktop publishing software on the market to stay ahead of the competition. No matter what career you are applying for in the fundraising field, you’ll want to be well-versed in both professional applications, such as ERP software, and in social media platforms, such as Snapchat, to make sure you are properly interacting with and taking care of the needs of a vast range of donors and voters.

What are the salary expectations and career outlook?

The typical fundraiser salary is largely dependent on the size of the campaign, level of expertise and education, area of the country and position. Despite these variable factors, the U.S. Bureau of Labor Statistics estimates the median yearly salary is $55,640, but this figure may be largely influenced by the number of fundraisers working in the nonprofit sector. For example, Bizfluent suggests that fundraisers who hold advanced degrees and lead a major campaign can earn far more. 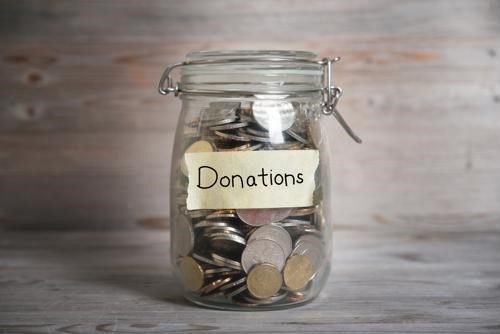 The estimated job growth for fundraisers from 2016-2026 is much higher than average at 15 percent. The main reason behind this growth, according to the BLS, is that organizations and political campaigns have a constant need to bring in more funds. From the nonprofit sector to upcoming  elections, there are plenty of opportunities for savvy fundraisers to join the right team of enthusiastic individuals.

What are the educational requirements?

While most organizations require a bachelor’s degree in a related field, prospective fundraisers who want to be even more prepared for the road ahead should consider the Master’s in Political Management program at the Graduate School of Political Management at the George Washington University. Both on-campus and online students can benefit from an advanced curriculum that pushes them to move beyond theory into political reality by developing real-life skills needed for their career. If you choose to attend, you will take classes that directly relate to the specific challenges facing fundraisers around the country, such the course “Fundraising and Budgeting,” where students learn about budgeting processes, referenda contests, issue advocacy, accounting procedures and more.

An online master’s degree in political management can provide you with a comprehensive understanding of everything from political communications to fundraising to help you succeed in your career. Find out more about why this program might be the right fit for you today.

Recommended Readings:
What to know about a career as a political consultant
What you can learn about grassroots engagement at GW Online