What is a residency in political management?

While political science is theory-based, political management is practice-based, as students have the opportunity to put their book knowledge into action straightway. The Graduate School of Political Management at the George Washington University makes this possible through the Washington Residency course, offered exclusively to online students. 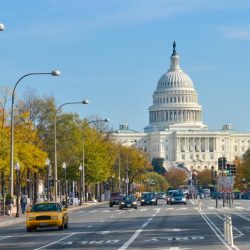 What is the Washington Residency? What aspects of the course speak to its importance? Why is it included among the core classes of the four clusters? More to the point, what can it do for you? The following will further explain what makes this course unique and an invaluable component toward preparing for an exciting, robust career — whether in the nation’s capital, on the campaign trail or some other avenue in public affairs.

What is Washington Residency?

Washington Residency is a three-credit course and one of the six classes offered in the core cluster. Available to online students, this course places students into real-world environments where they can put what they learned from books, lectures and group projects into practice in Washington, D.C. Whether in the halls of Congress or think tanks, non-governmental organizations or federal office facilities, students will receive exposure to those who work for the American people, including elected officials, dignitaries foreign and domestic, advocacy specialists, applied researchers and political consultants, among others. This course can be taken in lieu of Political Power and Practice, given that it’s a capstone experience equivalent.

Why is it included in the core curriculum?

The core classes build on one another, starting with Fundamentals of Political Management and concluding with the Applied Research Project. Washington Residency is uniquely positioned as the penultimate course, because it provides the environment that allows students to implement and apply the concepts they learned from their previous coursework.

In political management, it isn’t just what you know, it’s who you know. This entails networking and interacting with the people who make democracy work and have connections in the vast political ecosystem. The indispensable nature of networking and on-the-ground experience makes the Washington Residency course a founding pillar of the core cluster.

Why is the residency based in Washington, D.C.?

GW offers students in a variety of disciplines opportunities to learn by doing, placing them in short-term residency programs around the world, including Canada, China in Spring 2019, South Africa in Summer 2019 and Spain in the Fall 2019. The Washington Residency is based in the nation’s capital because it is a center for policy-making and legislative activities. GW’s 43-acre campus is a short walk from the National Mall and the White House.

Another reason why the residency is based in D.C. stems from the large number of legislators, advocacy specialists, researchers and consultants who work in the area. For instance, hundreds of people work in the U.S. Capitol, not including the 435 members of the House of Representatives and 100 senators. There’s more opportunity to learn from the people with real-world experience in the nation’s capital than just about anywhere else.

Networking is a major asset to a career in political management. Residencies help establish the connections that serve as the inroads to ongoing improvements and positions in various governmental capacities, in the private sector or nonprofit. Residencies aren’t just about establishing a network. They’re also about providing opportunities for leadership. Seventy-five percent of Americans believe the U.S. has “a special responsibility to be the leading nation in world affairs,” according to a recent poll conducted by Gallup. That’s up from 66 percent in 2010.

By speaking to legislators, campaign managers, communication directors and professionals in many other public service capacities, you can get a better understanding of the role the U.S. plays in global leadership, along with what programs and actions contribute to America’s unique position in world affairs.

What are the main learning outcomes from the Washington Residency?

While the course is just a few months — the same length as the other three-credit courses — the takeaways can provide a huge impact. Here are a few of them:

Enhanced communication capabilities: What do elected officials do to get themselves noticed, especially when it involves advancing legislation? Do they rely on already established relationships formed from working on separate projects, or is there more to it? The residency allows student to learn how to communicate with decision-makers and national audiences in a variety of settings, including face-to-face, print or electronic media.

Optimized problem-solving skills: Constituents vote politicians into office to solve problems quickly and effectively. The job is easier said than done and necessitates diagnosing the source of the issue and the ramifications of implementing changes. The residency gives students a behind-the-scenes look. Students will also discover what other actors play a part in problem solving, such as private companies, nonprofits, institutions or advocacy networks.

Improved critical thinking: According to a joint study conducted by the Conference Board and Society for Human Resource Management, critical thinking is among the most important skills to possess for success in the workforce, according to employers. Critical thinking is more about the process than the results, having an ability to examine issues objectively from all sides. The Washington Residency course enhances critical thinking by putting students in situations where they must evaluate to reach decisions or render opinions. 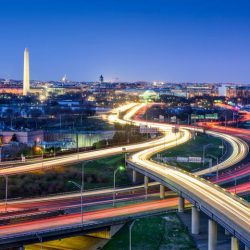 The Washington Residency at GW can help open the door to your future in political management. Visit our website today to learn more about the course and the online master’s program.

Recommended reading:
Political management online or on-campus?
What is a career in public affairs?