What Is CEO Activism and How Does Fit Into a PR Strategy?

Chief executive officers (CEOs) help shape the public’s perceptions of their organization, even if the public doesn’t directly know who they are or exactly what they’re doing. For example, longtime Salesforce CEO Marc Benioff has acquired a reputation among his peers as a major political activist, especially on state and local legislation in jurisdictions where Salesforce maintains its corporate offices. His efforts have contributed to Salesforce’s public image as a progressive organization with commitments to causes other than just maximizing profits and shareholder value. 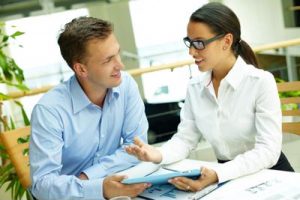 The risks and rewards of CEO activism today

Activist CEOs like Benioff have become more common as the public has demanded more from organizations in domains such as environmental responsibility and social justice. Indeed, CEO activism is also one piece in the puzzle of belief-driven buying and engagement. Many individuals and groups now choose which firms they buy from, sell to or otherwise build relationships with based on more than just economic logic. The 2018 Edelman Earned Brand Study found that:

The potential benefits of CEO activism extend beyond public perception. Most importantly, it can positively impact employee recruiting as well as retention. A company’s perceived politics may factor into a prospective hire’s consideration of whether to accept an offer and how long to stay at a position.

Public relations firm Weber Shandwick also conducted a 2018 survey that found that almost one-third of respondents said they would feel more engaged with their work if they agreed with the CEO’s public stance on an issue. Companies with relatively high employee engagement are generally better positioned to attract the right hires, too. According to LinkedIn, they are 58% more likely to appeal to top talent and 20% likelier to retain it.

At the same time, wading into prominent and highly political issues can carry some significant risks for CEOs and their companies, depending on their respective lines of business along with their target demographics. The Weber Shandwick survey also revealed that 23% of employees would be demoralized by disagreeing with a CEO’s position.

Nike’s high-profile 2019 decision to cancel a shoe bearing a likeness of the Betsy Ross flag was a case in point of how activism can elicit a wide range of reactions. It sparked controversy and seemed to generate equally levels of approval and disapproval, leading some social media users to post photos of their Nikes or (for disapprovers) New Balance sneakers.

The episode underscored the emergence of what one marketing firm executive described to National Public Radio as “red and blue brands,” that is, brands corresponding to the colors commonly associated with the two major U.S. political parties. Directly connecting organizations to political causes, for better or worse, is a natural consequence of rising CEO activism. 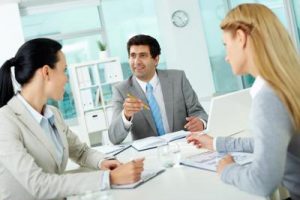 What does CEO activism mean for PR professionals?

CEO activism is a high-risk, high-reward activity, meaning that it should be carefully managed as part of a broader public relations strategy. A CEO wouldn’t want to take a stance that would seem insincere or clash with the beliefs of most of its target audience. Failed activism can greatly damage an organization’s reputation and in turn adversely affect its financial performance or level of advocacy and public support.

An activism campaign that resonates with the public will usually:

For every successful instance of CEO-led activism, there’s a counterexample of one that didn’t go as planned. Let’s look at a few examples in each category to see why they did or didn’t work and what PR professionals can learn from them.

The opposition of multiple companies, including Salesforce and Microsoft, to so-called “bathroom bills” in states such as Indiana and North Carolina was pivotal in shaping public perceptions of these statutes and contributing to their legislative defeats or rollbacks.

Retailer Hobby Lobby also took its opposition to the contraceptive mandate of the Affordable Care Act all the way to the Supreme Court and ultimately won the decision.

In both cases, the positions taken were consistent with the stated values of the companies and their CEOs, creating the perception of authenticity and helping reach audiences who already felt an affinity to the brand.

Starbucks struggled with its “#RaceTogether” campaign designed to have baristas discuss race relations with customers.

Under Armour likewise saw a backlash to CEO comments in February 2017 about the current administration being an “asset” to business.

These two examples underscore the risks in engaging with hot-button issues such as race, party politics and immigration, some of which were singled out by Edelman in its aforementioned 2018 report.

The polarizing nature of these topics means that any public corporate positions on them have to be well thought out and not make customers feel uncomfortable (as with Starbucks) or invite high-profile opposition (celebrities including Dwayne “The Rock” Johnson and Stephen Curry both responded to Under Armour on Twitter).

Supporting CEO activism requires expertise in domains such as public opinion formation and digital communications, both of which are covered in-depth in the online Master’s in Strategic Public Relations (SPR) from the George Washington University (GW). Through coursework with world-class faculty and a capstone research project with an organization of interest, students can prepare for the real-world challenges of managing an activism campaign.

To learn more about the GW SPR degree program, visit our overview page.