What Is There To Learn From Recent Election Recount Efforts?

Despite Trump winning more votes than any other Republican candidate, reports indicate that Clinton won the popular vote by a margin of nearly 3 million. The 2016 presidential campaign was fraught with controversies from Clinton’s email scandal to Trump’s inflammatory remarks about women and minorities; this race was certainly memorable for many voters and political figures. Soon after the polls closed, a group of experts began raising questions about the validity of the election results. 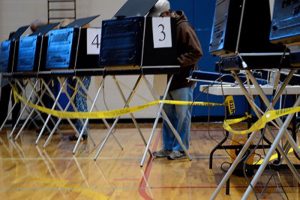 Whether due to allegations of Russian involvement or other malicious instances of voter fraud, these vote security experts brought up several concerns regarding the authenticity of the final vote count. For example, Trump performed better in Wisconsin counties that only used electronic voting methods, while there was also a drastic increase in Michigan ballots cast which left the presidential field blank.

As a result, former Green Party presidential candidate Jill Stein began spearheading an election recount effort for Wisconsin, Michigan and Pennsylvania – the three states where there was most cause for concern. Despite Stein only winning around 1 percent of the national vote, her campaign launched into the recount efforts in order to verify or discount these fraud allegations. Though these recount efforts proved unlikely to sway the results in Clinton’s favor, Stein cited the “statistical anomalies” that prompted her into action.

What are the details surrounding the recount?

Requesting a vote recount is no simple undertaking. Not only are recounts costly, but the way election officials handle and approve them varies by state. For example, in Wisconsin, if the candidate lost the election by more than 0.25 percent, they must pay for the cost of the recount, which could range up to $1 million. Meanwhile, for candidates who lose by more than 0.5 percent in Michigan, they must pay $125 per precinct, which amounts to around $787,500.

On top of these fees, Stein also assumed more than $2 million in legal fees. Interestingly, Stein ran her political campaign on only $2.5 million, yet raised more than $7 million from supporters in order to fund the recount process. The final recount totals ended up being $3.5 million in Wisconsin and a $973,250 fee in Michigan.

As a result of Stein’s motions, a Wisconsin recount was completed, but the Michigan recount efforts were interrupted after three days when Trump’s team and the Michigan Republican Party filed an objection to have the recount stopped – even though Stein’s team had already paid for it. Despite state officials rejecting Trump’s motion, a federal judge later recanted his initial request for the state’s recount to proceed, which put an end to the Michigan recount.

Meanwhile, a Philadelphia US District Judge Paul Diamond killed the Pennsylvania recount before anything started. Prior to the recount efforts, election officials released the vote differences between each of the three states. Trump was ahead in each state, with the results being:

Following the conclusion of the recount effort in each of the 72 Wisconsin counties in early December, Clinton added 713 votes to her overall total and Trump added 844. This widened Trump’s previous victory by 131 votes. Despite the Wisconsin Election Commission granting Stein’s recount motion, they did deny her request that each of the counties conduct their recount efforts by hand. Clinton’s team had seconded this motion in favor of a hand recount. Therefore, recount officials in each of the counties were left to decide whether they wanted to count the ballots by hand or not.

Why was this recount action deemed necessary?

Following Stein’s announcement to pursue the election recount, the Green Party of New York declared their support of the process, stating that the effort centered on voter integrity and ensuring that all votes are counted, which are “fundamental principle[s] of grassroots democracy.” Despite Trump’s team and others opposing the recount efforts believing Stein’s actions to be the result of an aggrieved losing candidate, Stein remained adamant that she began this process to highlight American voters concerned over the validity of the voting process.

“The right to cast a vote and have it be counted is one of the most fundamental rights that we enjoy as Americans. Most voters assume their votes are counted, but this isn’t always the case,” co-chair and Stein’s campaign manager Gloria Mattera explained in a Green Party press release. “There’s a history of millions of provisional and absentee ballots being thrown out for trivial reasons, and miscalibrated machines often didn’t read a large percentage of others … That’s why the campaign is conducting the recount and why we as a party support it.”

What did election officials discover during this process?

The recount effort did not uncover any evidence that a successful Russian cyberattack changed votes in the presidential election. It also did not show that voter irregularities tipped the election in favor of Trump. What it did expose, however, were serious weaknesses within the voting system. For example, Wisconsin officials chose to run the paper ballots through their scanners once again instead of counting them by hand. Stein stated that if these scanners were hacked or malfunctioning, this method would duplicate prior results, not resolve them.

Despite Pennsylvania denying Stein’s request for a recount, she rebuked their current voting system. Currently, the state’s voting system allows for the use of electronic voting machines that are not accompanied by a paper trail for individual votes. Stein suggested that this system – while advanced – could result in technological errors or digital vote tampering, with little to no way to verify the results.

In Michigan, the recount process was cut short because more than 10 percent of the voting precincts in Michigan counties that began the process saw a problem between the number of voters in the poll books and the actual number of ballots counted by the election optical scanners. A unique law in the state therefore halts any recount efforts in these specific circumstances.

Overall, even though the Wisconsin recount found no concrete evidence that a hack or serious voter fraud took place, Stein claimed this process was a victory because it highlighted the vulnerabilities in the current election system. 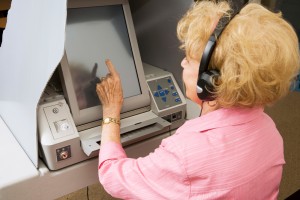 What can current and future campaign managers take away from this incident?

While Trump’s team repeatedly labeled recount efforts as a “scam,” many experts suggest that questions regarding the validity of the election results were largely spurred by Trump himself. In multiple speeches and even in the final debate, he insinuated that Clinton could only win the election by nefarious means and that he would only concede the election after he carefully examined the results. Additionally, he frequently used the term “rigged” to describe the presidential election, causing many of his supporters to serve as unofficial “watchdogs” at the polls to examine voters for potential instances of voter fraud.

As the recount efforts have concluded, campaign managers can learn a lot from this unique event. On one hand, they can side with Mattera and the rest of Stein’s staff, realizing the importance of protecting voters’ rights and challenging the system. They can also learn from Clinton’s team who remained relatively silent on the issue, except in regards to recount efforts in Wisconsin. Finally, they could take away the contradicting rhetoric from Trump’s team before and after the election.

Essentially, the main takeaway from this situation is that campaign managers must think strategically about how much damage a call for a recount effort could have on their candidate’s campaign. Whether at a local or national level, filing a recount motion will bring significant media and industry scrutiny, so it is vital for your campaign to have the adequate support and funds it needs to proceed.

A Master’s Degree in Political Management can equip you with the skills and strategies you need to be ready to manage a highly charged political campaign, like in the case of the 2016 presidential election. You don’t want to launch into election recount mode without the foundational knowledge and experience you need to succeed. For more details about how an online program can support you while you are already working in the political sector, visit the George Washington University online.

Sources
US recounts find no evidence of hacking in Trump win but reveal vulnerabilities
Green Party of New York Supports Stein Campaign Recount
US election recount: how it began – and what effect it could have
What Jill Stein’s Recount Effort Actually Accomplished
The presidential recount, explained
What you need to know about the election recounts