What the Job of a Political Consultant Really Looks Like

Regardless of the size of the race ― whether it’s for mayor of a bustling city or the presidency of the United States ― political campaigns are not easily winnable. It’s a full-time undertaking that requires grit, tenacity, willpower and persistence in persuading voters to elect a challenger or re-elect an incumbent. 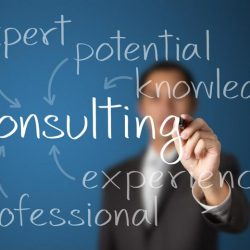 There is no silver bullet to building a winning campaign, but what just about anyone who has run for office can agree upon is the importance of building the right team. From the campaign manager to entry-level staffers, each individual plays a part in gathering the grassroots support that’s required to succeed ― one handshake, tweet or phone call at a time.

Included among these all-important team members are political consultants. Frequently appearing on 24/7 cable television networks and Sunday morning public affairs programming, political consultants have played a role in electoral politics tracing back to the 1930s. Yet there remains some questions about what they do on a day-to-day basis and how they differ from similar campaign positions.

The Graduate School of Political Management (GSPM) at the George Washington University can provide you with the practical and analytical skill sets you need to thrive in this highly exciting, challenging and rewarding line of work.

What Functions Do Political Consultants Serve?

A political consultant wears many hats. From developing digital advertising strategies to organizing fundraising events — whether through social media or in-person gatherings at campaign headquarters — political consultants are paid contributors who help candidates, political action committees and elected officials advance policy. These tasks may include putting together public relations strategies to generate support of lesser-known ballot measures or helping candidates craft a campaign message that key voting blocs — such as millennials or baby boomers — will gravitate toward. Typically employed by political consulting firms, political strategists are frequently self-employed, and as such, may specialize in a particular area of expertise such as polling, opposition research or issue advocacy.

In short, political consultants help their clients become more efficient. These proficiencies are obtained through a combination of on-the-ground experience and academic curriculum. Fundraising and Budgeting, Digital Strategy and Grassroots Engagement are some of the online courses GW students can use to hone their expertise in these critical areas of political consulting work. 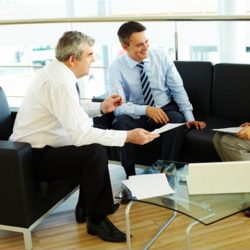 What Expertise Should a Political Consultant Have?

Much like how to win a political campaign, few can point to any single type of expertise that political consultants should have more than another. Ideally, they’re skilled in many different areas of campaign management, including grassroots engagement, coalition building, familiarity with social media and/or fundraising, among others. The latter proficiency — fundraising — is particularly important in the current political environment. According to the Center for Responsive Politics (CRP), Democratic candidates running for the office of president of the United States have spent over $1.2 billion so far, much of it going toward advertising. Even after adjusting for inflation, that’s six times the combined amount Democratic party campaigns spent at this time during the 2016 election cycle.

Much of this spending derives from donations. Political consultants who offer intelligent insight into what fundraising strategies work best — and which ones don’t — serve as tremendous assets. Success with budgeting and raising money get noticed and can be added to resumes, helping political consultants become more marketable for future clients. Members of the American Association of Political Consultants (AAPC) often advertise their skill sets that speak to their capabilities in the AAPC’s directory or they may promote themselves through some of the same methods they recommend to clients, such as digital advertising. Search engine optimization, GPS, site rollout and scaling are a few of the practical tools covered in Digital Strategy, one of the more popular courses for many current and previous GSPM online students.

How Are Political Campaigns Organized?

If there was one foolproof formula to political campaign management and how to win in November, everyone would have adopted it by now. In reality, campaign structure is largely dependent on the political climate of the moment, issues that matter most to voters and existing resources (both physical currency and personnel). Candidates themselves may have ideas on what should be prioritized, but for those who are new to the campaign trail, they may rely on political consultants’ expertise on the best place to start. Much like technology, campaign organization is constantly evolving. Consultants may draw from polling research, networking or their own experience to develop strategies that align with the candidates for whom they represent. Campaign workshops, held by the Republican National Committee (RNC), Democratic National Committee (DNC) and AAPC throughout the year, draw thousands of attendees and help campaign consultants learn new approaches and techniques so they can customize their strategies to the needs of their clients.

Political campaigns are not always electoral in nature, held every two years, four years or six (in the case of the Senate). They may also be related to policy implementation and require lawmakers’ support to be considered by legislative bodies for debate or be added to ballot initiatives. As such, political consultants may be hired for coalition building.

How Much Do Political Consultants Earn?

Inside or outside of politics, potential earnings are largely influenced by experience. The more someone has, the greater amount of money they can earn. This generalization applies to campaign consulting work. Based on the most recent figures available from Glassdoor, political consultants average a base pay of $77,368. Some of the more well-known political consultants, such as Republican strategist Mike Murphy, earn salaries that are well into the six-figure range, according to The Atlantic. The rates that consultants charge may also depend on the races that they’re being hired for, be it at the federal, state or local level.

Whether you go on to work for a political consulting firm, PAC, super PAC, or perhaps even the president of the United States, serving as a political consultant may be the position that can help you achieve your career goals. Learn more about this and the other career options achievable with a Master’s in Political Management by enrolling in GW’s online program today.

Recommended Reading:
How to Become a Campaign Advisor
4 Things to Know If You are Going Into Political Campaign Management