The late Tip O’Neill, former U.S. representative for Massachusetts and Speaker of the House, was famous for saying that, “All politics is local.”

This phrase summarizes what it’s like to be in politics: Even when lawmakers spend most of their time on Capitol Hill, their decisions are largely informed by the people they represent back home at the local level. 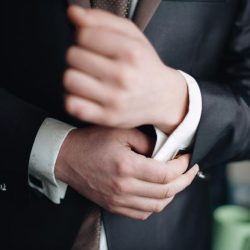 If your long-term goal is to run for office and participate in the political process at the federal level, local governance is an ideal launch point. Some of the nation’s longest-tenured legislators got their start in the field by making phone calls, drafting press releases and attending meetings on behalf of local or state legislators.

The Graduate School of Political Management at the George Washington University can iron out some of the finer details involved. Through enriching online courses like Campaign Strategy and State and Local Campaigns, the GSPM curriculum can supply you with a depth of practical knowledge to serve you well as a political candidate in your community or in another area of political work.

How do you start a career in politics?

Some of the best lessons derive from volunteer work. A successful run for office is virtually impossible without the people who knock on doors, post status updates on social media platforms and actively participate in voter registration drives as election day nears. While most of these activities are presumably done ahead of the election cycle, campaigns and elections are ongoing. In other words, even if the first Tuesday in November is several months away, you’re bound to find many opportunities to volunteer in politics throughout the year. You can learn what is available by researching online, visiting your local government center or getting in touch with the office of a local representative whose policies you support. There may also be political party group affiliations you can join, which can advance networking opportunities.

Although many of the day-to-day responsibilities are fairly routine in nature, you’re unlikely to find two agendas that are identical. What the mayor does on a Monday morning may be quite different than what tops a governor’s early morning to-do list. In general, though, common assignments include meeting with key staff members and stakeholders to review assignments or status reports, communicating with campaign supporters, holding interviews for open campaign positions and drafting speeches for upcoming events. The time of year largely dictates where local or state legislators devote their energies. If election day is just around the corner, they may be hosting town-hall events and fielding questions from potential voters. If the next race is several years away, politicians’ efforts may be spent on policy proposals or working with other lawmakers to find middle ground on a proposed bill.

What skills do you need to be in office?

Former President Ronald Reagan had many nicknames, one of which was “the Great Communicator.” Supporters and staff say he had a deft ability to describe his position on various subjects, often in a humorous way. Politicians – both at the state and federal level – must be particularly effective in how they interact and speak with other people. Constituents are ultimately the ones who vote their representatives into office, selecting those who best reflect their beliefs. While some of these qualities are inherent, good communication can be continuously worked on and improved. Applied Political Communications, a three-credit course in the GSPM curriculum, provides students with opportunities to hone their communication skills so they can better connect with potential voters and constituencies.

Problem-solving is another important skill for local politicians. Whether it’s balancing the budget, reducing crime, improving local schoolchildren’s test scores or enhancing air quality, communities face a wide array of issues. A core responsibility for elected officials is coming up with solutions to such challenges. The speed with which they’re resolved is ultimately determined by the people asked to resolve them. Local politicians may come up with the solution themselves or delegate the task to reliable staff. Third-party political consultants from outside the local agency proper may also participate in matters that require problem-solving.

What educational degree is required to work in politics?

Just as no two local politicians are the same when it comes to day-to-day responsibilities, the same is true for their education. You can become a successful local lawmaker without ever having gone to college or majoring in political science. George Washington himself never attended college, and former Wisconsin Governor Scott Walker doesn’t have an undergraduate degree.

However, these individuals are the exception rather than the rule. Generally speaking, you need at least a bachelor’s degree to enhance your chances of finding professional opportunities in electoral politics. Common majors include political science, history, communications, public policy, public relations and economics.

A bachelor’s degree from a regionally accredited institution of higher learning is also required for an online Master’s in Political Management. A graduate degree can be particularly advantageous if you seek to work as a political consultant, as it demonstrates you’ve mastered the fundamentals of concepts like fundraising, leadership and policy design. 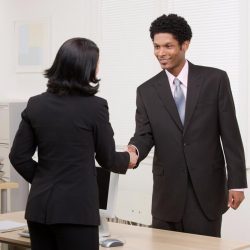 Whether your professional goal is the state house or the White House, the Graduate School of Political Management at GW can help you reach your political aims. Contact us to find out more about what you can expect to learn and potentially earn.

Recommended reading:
Top 5 reasons to earn a Master’s in Political Management
Advocacy and activism in the age of social media