What’s the difference between press secretaries and communications directors?

In public relations and communications, the same position might be described with different titles from one organization to the next. For example, a chief marketing officer (CMO) has virtually identical responsibilities to a senior vice president (SVP) of marketing, so CMO versus SVP is a distinction without a difference.

Both are viable public relations career paths, especially for candidates with the advanced background and experience provided by the master’s in strategic public relations (SPR) from the George Washington University (GW). Let’s examine each of these positions in more depth so you can decide which one might be the best fit for you. 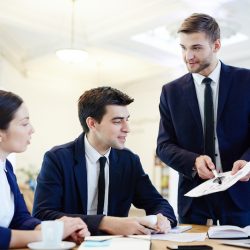 The press secretary title is most closely associated with the job of White House press secretary, who serves as spokesperson for the executive branch. This office originated in 1929 under President Herbert Hoover, although previous administrations going back to the 1880s coordinated their media relations with the help of PR professionals.

Press secretaries work outside of the White House, too. Many members of Congress, heads of cabinet-level departments and other administrators in the federal government have their own press secretaries. These professionals typically have degrees in relevant fields such as PR, communications and journalism. Their common responsibilities include:

The U.S. Bureau of Labor Statistics (BLS) groups press secretaries under public relations specialists. In 2017, this group had median pay of $59,300. The BLS also projected 9 percent growth in positions from 2016 to 2026, which is at the high end of the average for all professions.

The GW SPR track can prepare you to pursue the press secretary position through its varied set of requirements and electives. Students learn about concepts in political opinion formation, ethical standards and digital media relations, all of which provide important background for press secretaries. GW’s extensive network within all levels of government is another advantage of earning the SPR master’s degree.

Communications director job description: What would you do in this role?

This job title is more common than that of press secretary, since it’s not limited to government work. However, its responsibilities are broadly similar, with a few notable exceptions.

A communications director will oversee a PR and communications strategy, making decisions about which key audiences to engage, how to create and distribute content such as press releases and interviews, and what voice the organization should communicate in. As an executive, the director of communications will often provide the final stamp of approval (or rejection) to marketing and PR copy, social media campaigns and speeches. They are also often responsible for overseeing fundraisers and other events that build relationships between an organization and the public.

This position usually requires a bachelor’s degree or higher in the same fields that qualify a press secretary — PR, communications, journalism and related subjects. Accordingly, the master’s in SPR is an excellent fit for anyone thinking about pursuing this career route. 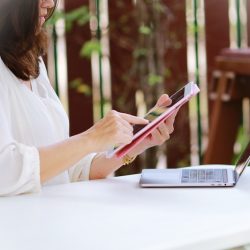 The BLS does not have a breakout category for communications directors, but there are several occupations it might fit under:

PayScale has provided more precise numbers for the title of communications director. It estimated the December 2018 median at $74,486 and the 90th percentile for the salary range at $133,000. Both of these figures do not include bonuses, commissions and profit-sharing arrangements.

How the SPR master’s prepares you for either role

The SPR degree offers the essential background for a public relations career path that leads to either of these positions. Moreover, it provides practical experience in the form of a capstone project and research opportunities that let you explore your interests with help from faculty members and external organizations.

The SPR degree is also 100 percent online. Its structure is ideal if you are seeking professional and personal development but want more flexibility than an on-campus program can deliver. As an SPR student, you can set aside open time for assignments instead of having to follow a predetermined class schedule. The degree itself is identical to the one you would earn through a conventional master’s program, meaning it will convey the same value to employers.

Applying to the SPR program is very straightforward. To learn more about the process and the degree’s overall structure and benefits, visit our main page and download our free brochure.