Why content creation is more vital than ever in PR

Public relations has always entailed some degree of content creation. Indeed, the most famous PR form, the press release, is ideally a precisely styled piece of writing that integrates a news announcement with an information-dense boilerplate about the organization or person in question. But throughout this decade, PR firms have branched out far beyond press releases (which are mostly designed to generate earned media) to other content types to increase their share of owned media coverage. 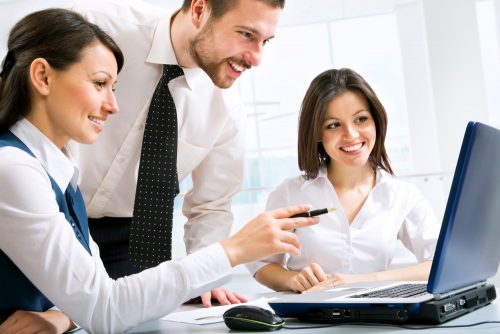 Owned, not earned: Understanding the incentives for PR-led content creation

This shift is due to PR agencies and departments focusing more intently on owned media:

What counts as owned? A few examples for a modern agency might include podcasts, videos, webinars, sponsored written content and native advertising.

Owned forms of media give PR teams extensive control over how they shape and deliver messaging on behalf of their respective organizations, much more so than a standard press release that is usually dissected and incorporated into someone else’s story. Plus, there are more outlets than ever before for delivering this owned media directly to specific audiences, such sites like Forbes and The Huffington Post, as well as automated email mailing lists (e.g., MailChimp) and ad-supported podcast networks.

By prioritizing content creation, PR teams can broadly respond to two related pressures on their operations: The desire, from their clients and firms, for a coherent content marketing strategy that intersects with PR, and the demand, from prospective audiences, for easily accessible articles, videos and infographics, especially on the internet.

According to Altimeter, 7 in 10 marketers lack a coherent content strategy under which branded materials would be spread through multiple channels to hone a consistent message. Creating more of this content allows PR professionals to address this issue, shape major campaigns and work more closely with marketing teams, at a time when PR and marketing increasingly rely on one another.

Many CMOs now oversee PR as part of an expanded role within their organizations. They may focus on the natural synergy between PR initiatives and content marketing efforts, both of which strive to establish trust between an organization and its audiences, or “publics,” as noted by the Public Relations Society of America’s official definition of PR.

The media that PR and marketing professionals produce can sharpen the images of their clients in the public eye, while also building a reusable store of content that increases engagement – and by extension, potential sales leads – in the long run. The benefits of strategically crafted content within a blended PR/marketing strategy are well-established:

Essentially, greater focus on content creation in PR is beneficial to realizing both traditional PR objectives (such as building relationships) and broader goals across the organization (such as boosting audience engagement along with leads and revenue). Statistics from MarketWired indicated that 64 percent of PR and marketing professionals planned to increase resource allocation for content marketing between 2015 and 2016.

How PR can respond to changing content consumption habits

The MarketWired report also highlighted the different content forms that PR and marketing teams have explored in the wake of profound changes in how content is consumed. A report from StatCounter found that 51.3 percent of website visits in October 2016 were from mobile devices, compared to 48.7 from desktop PCs – the first time that mobile had taken the lead. With mobile as the dominant platform, PR campaigns must adapt to serve consumers who expect near instant gratification from written and visual media, and who have numerous other content streams to tap into.

The good news is that classic PR skills are perfectly suited for the creation of such content. Let’s look at how they empower today’s PR specialists in meeting the demands for relevant articles, videos and podcasts:

Concise communications
Press releases and media pitches are often most effective when they get right to the point, while lengthier formats may lose the message or be ignored altogether. According to a NewsCred Insights study, the average time spent with an online article published in Q1 2016 was just 37 seconds, demonstrating the importance of brevity and clarity in hooking the reader.

Successful PR agencies and in-house teams channel their energies into crafting the catchy headlines and subheads that make a piece of content alluring enough to sustain engagement.

Alternatives/complements to advertising
Although PR and marketing have become more intertwined, the distinctions between the two remain important. For example, a PR agency might have less involvement in a direct sales campaigns than a marketing department would. This distance from sales could be useful at a time when many readers have become fatigued with display advertisements, auto-play videos and similarly intrusive mechanisms for monetizing websites.

A PageFair report found that ad blocker usage rose 30 percent year-over-year in 2016, with 615 million devices (most of them mobile) blocking ads at the end of that year. Owned and paid content provide ways around the increasing blockage of advertisements. PR teams can create content directly or take advantage of their ties to media outlets to place stories and native advertising that is not vulnerable to an ad blocker.

In fact, 61 percent of the MarketWired survey respondents reported relying on influencers and brand advocates to amplify content. These relationships are the bread and butter of PR and continue to be difference-makers in the era of content marketing.

Expertise in multiple media types
In the MarketWired report, the three most widely used kinds of content were blog posts, photos and news releases. Half of the respondents reported using visual media such as infographics and videos on a weekly basis in response to consumer demand.

PR professionals are usually versed in a broad set of communications media. The scope of their training may prove useful when creating a podcast (public speaking and presentation skills) or writing a blog post, press release, white paper or ebook (writing skills). These owned forms of content were identified by 33 percent of MarketWired’s respondents as the most important component of their PESO models. 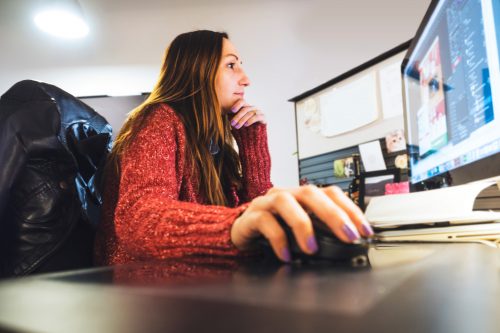 The PR industry is always in flux. Although strategic content creation is hardly a new skill in PR, it has become more central to the field in recent years.
Whereas press releases, pitches and news conferences were once the most identifiable PR forms, newer ones such as branded infographics and videos are gradually reaching the same level. Modern PR specialists should be capable of adapting to the shifting expectations of their roles so that they can excel as adept creators of content in addition to being expert messengers for their clients.

Recommended Readings:
Measuring Online PR Effectiveness
Key Skills for Dominating the PR Field
Sources:
Why is Content Marketing Today’s Marketing? 10 Stats That Prove It
10 facts about the changing digital news landscape
PR firms at a make-or-break moment on content creation
64% OF PR AND MARKETING PROS WILL INCREASE CONTENT MARKETING EFFORTS IN 2016: MARKETWIRED SURVEY AND INFOGRAPHIC
Public Relations on The Rise Among Marketers: ANA Survey
PR Nudges Its Way to the Content Table
Why PR is embracing the PESO model
Content Marketing Statistics: The Ultimate List
Global Communications Report 2017
The New Rules of Email Marketing
2016-2017 Gartner CMO Spend Survey Reveals the CMO’s Growing Mandate
The No. 1 Factor Affecting Content Marketing And PR
Convergence: The intersection of marketing and PR
Creating Content is a Waste of Time – Until You Have Mapped the Buyer Journey Part 3: Match and Mix Content, Channel and Lifecycle
Content Marketing Infographic
PR and Content Marketing
Mobile internet usage surpasses desktop usage for the first time in history
Data From 10,000 Articles Prove That Content Marketing Really Does Work
Ad blocker usage is up 30% — and a popular method publishers use to thwart it isn’t working
Marketing Infographic