Why take a class on state and local campaigns?

If you’re passionate about politics and campaign management, the Graduate School of Political Management at George Washington University can help you do what you love as a career, making a difference on the national or even world stage.

What if your political or public policy-oriented career ambitions are more regional in nature? As the nation’s forefront school in applied politics, GW would be an ideal choice.

Although national campaigns receive much of the limelight in the press, democracy starts at the local level. What states decide is best for them is often what the federal government uses to inform national policy. Sometimes it’s the reverse. This give-and-take relationship serves as the overarching theme of State and Local Campaigns, a three-credit course and part of the Electoral Politics Cluster at the Graduate School of Political Management. It’s required to earn the online Master’s in Political Management.

You may be wondering, however, why this course is relevant if your career ambitions are more national or global. Or how running a local or state campaign differs from one at the federal level.

The following can help you discover what makes state and local campaigns important and may even prompt you to consider entering politics at the regional level.

What will I learn in State and Local Campaigns?

The State and Local Campaigns course is one of two in the Electoral Politics cluster, building upon Campaign Strategy, which introduces the basic systems for running and developing a campaign. State and Local Campaigns is a more in-depth examination of the management principles and essentials involved in running a campaign at the local or state level. Challenges come in many forms on the campaign trail, including staffing, publicity, fundraising and budgeting. These complexities can often be magnified when national political realities of the moment are added to the mix. State and Local Campaigns breaks all of these variables down so students can be prepared when they enter the fray, whether as campaign managers or candidates.

How important is budgeting in state and local campaigns?

In a word: extremely. This is certainly true at the national level, although raising more money does not necessarily equate to victory. According to the most recent figures available from the Federal Election Commission, Democrats who challenged and won their elections to replace Republican incumbents in the midterms raised an average of $4.6 million. In the Senate, however, most Republicans who wound up maintaining their seats raised less than the Democrats opposing them.

It perhaps comes as no surprise that national elections, year after year, see billions of dollars raised. But state elections aren’t far off. Based on analysis from the Campaign Finance Institute, state legislative candidates raised a combined $1.17 billion in 2016. In 2014, the total was $1.02 billion. Additionally, of the 12 states where governors were on the ballot, half had their most expensive elections on record, CFI data revealed.

The State and Local Campaigns course provides real-world examples of what candidates today are spending and what campaign managers must do to ensure they raise enough money, all while remaining compliant with campaign finance laws.

How do campaign finance laws differ at the state level?

The amount of money candidates are able to accept ― and from whom those contributions can come ― often depends on what they’re running for and in what state. For example, according to the National Conference of State Legislatures, 11 states have no upper limit to what candidates can accept from individuals, which includes local contests. The remainder have certain requirements, such as a $500 limit in Alaska for gubernatorial and state legislature candidates in the upper and lower chamber and $3,000 in Kentucky. There are some distinct differences in other states. In California, upper and lower chamber candidates can accept $4,400 per individual contributor, but $29,200 is allowable for governor’s races. 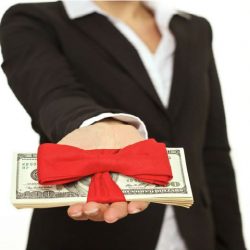 What are some of the learning outcomes available in the state and local campaigns class?

Whether it’s mayor, governor, councilor or some other state or local office, elected representatives are in their positions to solve problems. They work in consultation with their advisors and campaign managers to provide answers to issues that develop.

Problem solving is one of the main learning outcomes that students can add to their skills tool belt. Whether the issues constituents face are learned about by meeting with them in one-on-one settings, at polling places or in town halls, State and Local Campaigns provides insight into diagnosing these problems and how to cobble together an effective response.

Organization is another key skill that’s indispensable to effectively running and managing a campaign. From fundraising preparation to crafting speeches, drafting correspondence to scheduling meetings with business people, there are numerous moving pieces to local politics. Keeping everything straight and properly prioritized is pivotal. The State and Local Campaigns course provides recommendations on how to handle the various strategic challenges that come up so students can transfer them to the real world.

The framers of the Constitution were ahead of their time, establishing multiple layers of government and the various checks and balances that go along with them. How the state informs federal policy — and vice versa — is similarly unique to America’s representative democracy. The State and Local Campaigns course helps students make sense of this complex tapestry through GW’s online graduate program. Learn more about GW’s world-class education and apply today.