Why virtual reality could spur a PR revolution

Virtual reality (VR) has long been touted as “the next big thing” in consumer tech. While it is frequently associated with futuristic and unreleased innovations, VR has actually been included in numerous high-profile products and experiences over the years. Notable examples include the View-Master simulator from the 1930s, the “4-D” amusement park ride The Sensorium from the 1980s and the Nintendo Virtual Boy gaming console from the 1990s.

Public relations is not usually one of the first fields that come to mind when brainstorming use cases for VR – film, video games and these other recreational pursuits typically top the list instead. However, there could be a starring role for VR in PR, especially for presenting visually stimulating stories to audiences already glued to their various device screens. The similar augmented reality (AR) might also be incorporated into the PR campaigns of tomorrow. 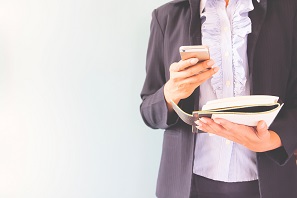 VR, AR and PR: How they are related to each other

VR and AR are sometimes treated as interchangeable terms, but there is an important distinction:

Why would PR professionals consider implementing VR and AR in their strategies? Their rationale begins with the lengthier and deeper engagement VR/AR can supply, thanks to its multisensory and immersive effects.

A 2016 survey from YuMe and Nielsen found VR-based pieces of content exhibited 34 percent longer engagement than alternatives presented on flat surfaces such as traditional screens. They also outperformed 3-D videos on the same metric.

These findings may be attributable to the captive audience effect on anyone pursuing a VR/AR experience. Unlike phones or tablets, VR headsets and AR viewers do not lend themselves to multitasking, meaning there are fewer distractions. As a result, a well-crafted PR message or even a pitch should have a better chance of making an impression than an email, video or slide deck that could get lost in a sea of interruptions.

Media outlets, as well as PR firms, are already seizing VR and AR opportunities. Both The New York Times and USA Today have released VR-capable applications marketed as ways for readers to “go inside” their stories.

Notably, these apps are compatible with – but do not require – headsets, allowing them to reach much larger readerships than if they were tied to specific hardware. In an overview for the Public Relations Society of America, one PR consultant noted a similar mass-market approach by Facebook, which began selling 360-degree video ads in late 2015 and landed AT&T, Nestle and Samsung as launch partners.

Beyond enhanced editorial content and advertising copy, the dynamic duo of VR and AR offer many other unique chances for reinventing PR strategies. Let’s look at few that have caught the attention of PR professionals in recent years:

1. Making organizations seem more relatable and tangible to the public

The public is broadly familiar with PR forms such as mailers, press releases and videos, to such an extent they may only skim them in many cases, if they look at them at all. Fortunately, VR opens up new and interesting alternatives, such as virtual tours and fireside chats.

These dynamic experiences can feel more immediate and personalized than viewing static content. Someone curious about a company’s culture and value might get a uniquely in-depth look at corporate headquarters, via a guided VR exploration through virtual “rooms.” An executive, represented by an animated sprite, could also give a talk against a backdrop that would change in tandem with topics of the presentation. Companies such as Marriott and North Face have already rolled out similar VR experiences
Viewers might ultimately feel more connected to organizations through this particular take on VR-enhanced PR. AR also provides comparable opportunities.

On the AR side, the use of discoverable and interactive items puts something AR tech is already demonstrably suited for – i.e., gamification – in the service of PR brand building. A PR professional might set up scannable QR codes or take advantage of the specific features of a platform like Snapchat to encourage the public to participate in AR-enabled campaigns.

Snapchat tried an AR project in Central Park in Oct. 2017. Via the mobile app, Snapchat users were able to see animated Jeff Koons sculptures seemingly around the park. These types of events could also be harnessed for PR announcements, by encouraging high turnout and participation among select groups.

On the less flashy side, QR codes have been around since the 1990s and once seemed in danger of becoming obsolete. Mobile devices have spurred a QR renaissance, though – you can scan one from basically any smartphone or tablet. In PR, these codes can be convenient, low-cost ways to activate AR enhancements in videos, posters and direct mail.

The PR pitch can be a difficult art to master, as we covered in-depth in a separate entry. Many PR pitches are too long, generic and poorly written to get the attention of the typical media professional, who might receive more than a hundred of them every week. Could VR offer a more compelling alternative to the standard pitch email?

It has at least the potential to reinvent pitching. Journalists increasingly look for visual content such as infographics, custom images and videos in the pitches sent to them. These additions can often capture and retain attention better than a wall of email text or even a set of bullet points. VR experiences could represent the next step in the evolution of the form.

Plus, they are a natural fit for the aforementioned media outlets already experimenting with VR, AR and 360-degree video. The exchange of VR-enhanced pitches is further enhanced by the plethora of inexpensive options for VR viewing, from smartphones to contraptions like Google Cardboard, that both the media and consumers have embraced.

4. Establishing a company’s tech-savviness
Throughout its history, VR/AR has mostly been a fascination of technologists, early adopters and some writers. While VR and AR are gradually entering the mainstream and reaching broader audiences, these key influencer-heavy constituencies remain important in spreading awareness of possible uses and mapping out the technology’s future.

Connecting with these audiences can make companies appear tech-savvy, in turn securing valuable coverage from influential websites and publications. For example, Wells Fargo raised eyebrows by creating a VR game in which participants (who wore Oculus Rifts) explored a virtual maze, collecting gold coins and interacting with bank representatives along the way. It was sort of like “Super Mario Run” meets content marketing.

Banks, in general, are not regularly thought of as pioneers in consumer and enterprise tech. But as the Well Fargo example shows, the combination of PR and VR can help them project a techy-savvy image to the public and reach audiences that might previously have ignored them or written them off as old-fashioned.

PR professionals rely on many different applications to stay in touch. Email, Slack and Skype have become everyday communications tools, but they could eventually be replaced by solutions incorporating VR/AR features.

If there’s one common platform that is ripe for a challenge from VR, it is videoconferencing, which is often bundled within unified communications suites. Videoconferencing is a large and growing market: Transparency Market Research estimated it would more than double in value between 2016 and 2025, reaching $8.9 billion. At the same time, it can be expensive and complicated to manage, requiring lots of network bandwidth and specialized hardware.

VR might be able to deliver a similar or even superior experience with less hassle and a friendlier user interface. The Future Workforce Survey 2016 from Intel, Dell and Penn Schoen Berland found that two-thirds of respondents – and 77 percent of millennials – would be willing to use VR/AR technology for work-related conversations. A VR meeting would have many of the advantages of a videoconference (e.g., face-to-face time) alongside more options for interaction and customization during the meeting.

PR is constantly evolving. Innovative technologies open doors to new campaign possibilities. Current and aspiring PR professionals should do their best to keep up with these changes so that they can incorporate tech such as VR and AR into their efforts as appropriate.