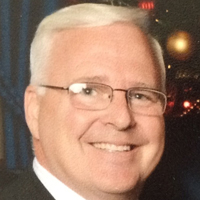 Dr. Shaun P. Herness received the Doctor of Philosophy degree from the University of Florida in 1996. His areas of academic concentration were American Government and Politics, Political Behavior, and Political Theory.

He is a member of Pi Sigma Alpha, the Political Science National Honor Society.

In addition to his academic interests, Dr. Herness has extensive experience in public relations and consulting at the state and local levels having been actively involved in Florida politics for the past 30 years. He also maintains affiliations with several Presidential Centers and Foundations serving on a variety of councils and committees.

In 2010 Dr. Herness was honored as the Citizen of the Year by the Lake Erie College of Osteopathic Medicine.
Prior to joining the GSPM faculty, Dr. Herness taught political science and campaign advertising courses at the undergraduate and graduate levels at the University of Florida.

State Laws Related to Immigrants and Immigration. Editor of a series of reports released three times per year summarizing introduced state legislation (spring) and enacted legislation (summer and winter). (2005 – present). The most recent report is online at www.ncsl.org/immig.

Child Migrants to the U.S. The U.S. is experiencing a dramatic increase in the number of unaccompanied children arriving on the southern border, gaining humanitarian and political attention and challenging federal and state resources and management. As of June 30, 2014, more than 57,000 children have been apprehended, a doubling of arrivals compared to last year. Coauthor Maya Burchette. July 10, 2014.

“Oath of Citizenship to Oath of Office”, an article about immigrant state legislators, published in NCSL’s State Legislatures magazine, May 2006

“Framing the Issues: Immigrant Policy and the Role of State and Local Government”, In Defense of the Alien, Vol. XIX (Center for Migration Studies: New York, 1997).