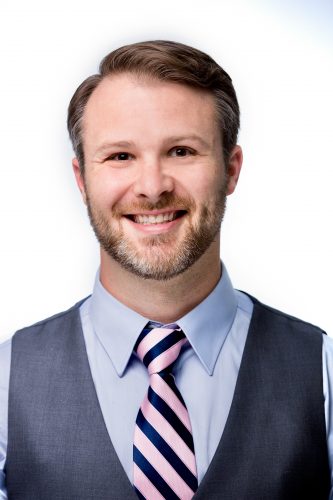 A long and winding road

Josh Babb and his wife were living in Dallas, where he worked as a health care consultant for a firm. At that time, the Affordable Care Act was taking shape in Congress and Babb wanted more hands-on experience on the federal policy side of things — especially with health care.

So, they packed up their stuff and headed to Washington, D.C., in January of 2010. As Babb puts it, “We moved up here without any kind of job commitments, kind of on a leap of faith that our experience, personality and good looks would help us find something.” Once there, it was time to hit the Hill. He went door to door looking for a job, eventually finding Sen. John Cornyn’s office. He would be the lowest man on the totem pole, but he got his foot in the political door.

The hours were crazy — and because he was finishing his master’s in political management in the Graduate School of Political Management at George Washington University at the same time, sleep was scarce. But working for the chair of the National Republican Senatorial Committee allowed him to soak up a ton of insight and knowledge from legislative staff. “I don’t really recommend it to anybody because I didn’t get a lot of sleep and I didn’t see my wife very much at that time,” Babb warns.

But the hard work and dedication paid off when he landed a legislative policy role working as a health care staffer for a representative from North Carolina. It was a new office, so Babb and the team were able to create it from the ground up. According to Babb, “It’s probably the most chaotic work environment you could ever be a part of — there’s a lot of moving parts in a congressional office, and it’s a challenge.”

With a little girl at home, Babb eventually found he needed more time for his family. So, he left the Hill for his current job as director of government affairs at Health Industry Distributors Association (HIDA).

So, how did he wind up as an adjunct professor at GW? Actually, that grew from his first job in Dallas. The CEO had hired him not because he had a wealth of health care knowledge, but because he was good with people and had a gift for explaining complicated things in simple terms. That’s where his passion for teaching began. “I had a knack to sit down and study that which can be very overwhelming and turn around and educate people who needed to know it but just otherwise probably would not have taken the time to do so,” he said.

As a graduate of and now a professor in the GSPM, Babb has a unique perspective of both sides of the master’s in political management program. “This program is very different from a lot of other brick and mortar programs — it’s more focused on real-world activities and the practical application of the knowledge — which is a fit for me,” Babb said. “I think it’s very important to students that they’re not just being taught information, they’re being taught expectations. What expectations will you have placed on you if this is your career choice?”

Babb doesn’t believe in theorizing what someone could, might or should possibly do, but actually producing the deliverables — so if you’re put in this scenario in the real world, you’ve already got the baseline knowledge for how to produce a lot of these deliverables. He gives this example, “You’re writing a memo that can be no longer than two pages and it needs to keep the candidate’s attention — how are you going to do that? Those types of real-world situations.”

Babb advises potential students to not be afraid of a challenge. “Don’t be afraid to step outside your comfort zone. Because the field of politics, the field of communications, the field of advocacy are career fields that are very multi-directional, multi-purpose and they require somebody to wear a lot of hats.”

Josh Babb is the Director of Government Affairs for the Health Industry Distributors Association (HIDA) where he specializes in federal affairs and helps design legislative and communications strategy for a wide range of healthcare issues which affect member distributors and their hospital providers.

He meets with key federal agencies and Capitol Hill staff on healthcare issues important to its members such as medical device tax, pedigree and competitive bidding.

He previously worked on Capitol Hill, serving as a Legislative Assistant for Representative Renee Ellmers (R-NC), a member of the House Energy and Commerce Committee and with Senator John Cornyn (R-TX), the Senate Minority Whip.