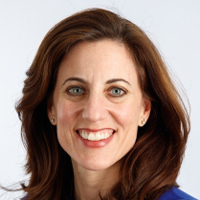 Director of the Graduate School of Political Management (GSPM) at the George Washington University.

As director, Dr. Brown sets the overarching strategy for the school; initiates and cultivates engagement with alumni and donors; serves as the liaison for the GSPM Board of Advisors; fosters partnerships with non-profit educational organizations and research collaborators; sets the standards for our master’s degree programs and graduate certificates; leads adjunct faculty hiring efforts; recruits prospective students; and mentors GSPM students.

A distinguished writer and dedicated scholar, Dr. Brown is the author of Jockeying for the American Presidency: The Political Opportunism of Aspirants (Cambria Press, 2010), which was the first systematic study of presidential aspirants from the 1790s through 2008. She co-edited and contributed to two other recent books: The Presidential Leadership Dilemma: Between the Constitution and a Political Party (SUNY Press, 2013) and Campaigning for President 2016: Strategy and Tactics, 3 edition (Routledge).

Dr. Brown has authored several book chapters in other scholarly volumes, such as The Presidency and the Political System (CQ Press, edited by, Michael Nelson) and Understanding the Presidency (Pearson and Longman, edited by James P. Pfiffner and Roger H. Davidson). She has published articles in peer-reviewed journals, such as “Congress and the Presidency, Presidential Studies Quarterly, and American Politics Research.”

Her current research project (working book title: Mirror Images: The Gilded Age, the Global Age, and Federalism’s Revival) is a comparative historical undertaking, which argues that America is presently undergoing a tumultuous period similar to what the country experienced during Gilded Age.

Dr. Brown is frequent presence in the media, appearing on dozens of television and radio programs, and serving as an expert on politics, elections, and governance for scores of print publications. She has written for blogs for The New York Times, Politico, The Hill, and The Huffington Post. She also serves as a regular contributor to U.S. News & World Report’s Thomas Jefferson Street blog.

Prior to Dr. Brown’s appointment as director, she served as the program director for the political management graduate program at GSPM. Before coming to George Washington University, Brown served as an assistant professor in the Department of Political Science at Villanova University.

Before returning to academia in 2004, she worked as an education policy and public affairs consultant in Silicon Valley and Los Angeles. Dr. Brown served as a political appointee in President William J. Clinton’s administration at the U.S. Department of Education.

Dr. Brown grew up racing sailboats on the San Francisco Bay and she is an avid college football fan. She is married and lives with her husband in Washington, D.C.

Jockeying for the American Presidency: The Political Opportunism of Aspirants (Cambria Press, 2010)

“Around Closed Doors and Through Open Windows: A theory of Aspirant Opportunism, 1796-2004,” Congress and the Presidency (2009).

Chapters in Books and Other Writings

“The Department of Treasury,” in Michael A. Genovese and Lori Cox Han, eds., Encyclopedia of American Government and Civics (Facts on File Publishers, 2008).

“Inside Parties: The Politics of Earning a Presidential Nomination,” in Meena Bose, ed. From Votes to Victory: Winning and Governing the White House in the 21st Century (Texas A&M, 2011).

“Spending More Time with My Family: Media Coverage and Forced Incumbent Departures from the House of Representatives,” (with G. J. Gulati) in Alison Dagnes and Mark Sachleben, Scandal! A Scholarly Appraisal (Bloomsbury/Continuum, forthcoming 2014).