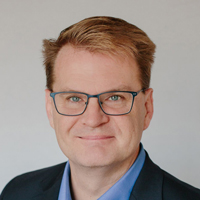 After graduating with his bachelor’s in business from Westminster College in Fulton, Missouri, Sean Gagen moved to New Jersey/New York and began working for an insurance company. However, he was not long for the insurance business. Unhappy with his current position, Sean saw an ad for the Graduate School of Political Management (GSPM) in the New York Times. This, he thought, could be interesting.

In 1990 when Sean enrolled in GSPM, it was housed in Baruch College, City College in New York City (it was moved to George Washington University in 1995). He attended Baruch College from 1990 to 1991, earning a master’s degree in both campaigning and lobbying. After completing his studies at GSPM, Sean worked for a New Jersey congressional race and then managed an assembly race, which led him to apply for and become executive director of a new political action committee called Participation 2000.

The organization, whose honorary co-chairs included U.S. Sen. Bill Bradley (NJ), former Texas Gov. Ann Richards and former Ohio Gov. Richard F. Celeste, recruited, trained and paid recent college graduates to work on progressive campaigns and helped them get their start in politics. “My training at GSPM helped me understand that it’s important to train a new generation of folks — to keep them engaged in politics and ready to make a difference,” Sean said.

At Participation 2000, Sean spent five years recruiting young future political professionals for the program, training them and sending them to work for progressive campaigns. Once the campaign season ended, participants would return, share their experiences and prepare for their next campaign, staff job in Congress or advocacy role. Sean was in his element. He said, “This model for educating and inspiring the next generation of political activists really resonated with me, and it’s something I wanted to expand on.”

And expand on it he did. From 2007 to 2009, Sean was the executive director of the Missouri Democratic Party, where he created a program designed to put the Democrats in the best position to succeed. The Camp Carnahan program, named after Gov. Mel Carnahan, trained more than 800 campers throughout Missouri to use modern techniques to win elections. Camp Carnahan was the inspiration for Sean’s first organizing company, which offered the Campaign Camp and Camp Wellstone training programs.

Campaign Camp worked for more than 50 clients and taught nearly 18,000 Democrats the fundamentals of winning elections beginning in 2001. Since conception, he has overseen the training of aspiring political professionals, advocates and campaign staffers in 38 states across the country. He’s also won three Pollie Awards for his development of national cutting-edge advocacy and campaign training programs.

In 2002, after managing campaigns from Minnesota to North Carolina to Washington State, Sean joined Grassroots Solutions as one of the firm’s principals. Grassroots Solutions helped him understand professional organizing with a mission to “create professional field and outreach programs that identify, persuade and mobilize to help win elections.” The company focuses on modern techniques such as strategic targeting, leveraging the latest technology resources, identifying influential community members and developing volunteers as fundamental tools that help campaigns maximize the votes they need.

Those Who Do Also Teach

In 2005 George Washington University contacted Sean about teaching in its on-campus program. With his experience as an organizer, campaign manager, advocacy strategist, recruiter, executive director and extensive background working with young people, this was a perfect opportunity and a perfect fit. “I loved the idea of coming back to GSPM to meet the next generation of campaigners and share my experiences from the field with them,” Sean said.

While he began at GW by teaching on campus, he now also teaches in the online program with a focus on grassroots organizing and campaign strategy. He knows when it comes to these subjects, staying current is of the utmost importance. “Social media has a big impact on campaigns today,” Sean said. “However, I am a big believer in convergence of tactics and methods to win elections. Incorporating people through on-the-ground human interaction and use of social media can be a powerful and winning combination for any campaign.”

Running his own successful company helps keep Sean on the cutting edge of what’s next. That helps him keep his classes continuously relevant with real-world situational information in real time and allows his students to stay current with the most modern strategies and techniques. In Sean’s view, that’s how you prepare the next generation to not just work in politics, but to thrive in it.

“I loved the idea of coming back to GSPM to meet the next generation of campaigners and share my experiences from the field with them.” – Sean Gagen, Adjunct Professor

“Social media has a big impact on campaigns today. However, I am a big believer in convergence of tactics and methods to win elections. Incorporating people through on-the-ground human interaction and use of social media can be a powerful and winning combination for any campaign.” – Sean Gagen, Adjunct Professor

Sean also directed the Missouri Democratic Party (1997 to 1999) where he created the Camp Carnahan training program. He then joined the Bill Bradley for President Campaign in 1999, where he was the National Director of Organizing, managed the Ballot Access Teams, and served as Deputy Director at the Iowa Caucuses.

Sean has worked on campaigns for state and federal offices across the country, including Bill Richardson for Governor (D-NM), Russ Carnahan for Congress (D-MO), Tom Keefe for Congress (D-WA), Leslie Byrne for Lt. Governor (VA) and Judi Dutcher for Governor (D-MN). In 2004, Sean was the Get-Out-The-Vote Director for America Coming Together in New Mexico. Sean is also an Adjunct Professor at The Graduate School of Political Management at The George Washington University.